ERDINGER Athlete of the Month – June 2018

It’s time to announce the winner of the ERDINGER Athlete of the Month award for June. This athlete hasn’t been in the sport long, but we think you may be hearing a lot more about her in the future…

ERDINGER Athlete of the Month – June 2018. And the winner is…

It is time for us to reveal who we have selected as our ERDINGER Alkoholfrei Athlete of the Month for June 2018, our second monthly award of the 2018 season.

Out inaugural winner of the season for May 2018 was Becky Schofield. Read on to see who we have selected for June.

ERDINGER Athlete of the Month – June 2018. And the winner is…

This months selected athlete is relatively new to the sport of triathlon. She’s made a great start, is improving fast, has been winning races… but, we think, perhaps the best of her swim / bike / run performances are still to come.

Vicky’s progress in triathlon has been rapid – much like her speed in races, at least, once on dry land! Her first ever triathlon was IRONMAN Frankfurt in Germany, which she entered in January 2017 and then went on to learn to swim, learn to ride a bike and recorded an impressive 10:11:57, for fifth place in her 30-34 Age-Group.

By the end of 2017 she was British Age-Group Champion for her category at the Vitruvian, and had also ticked off the Sub-3 marathon marker with a 2:56:59 in Chester. 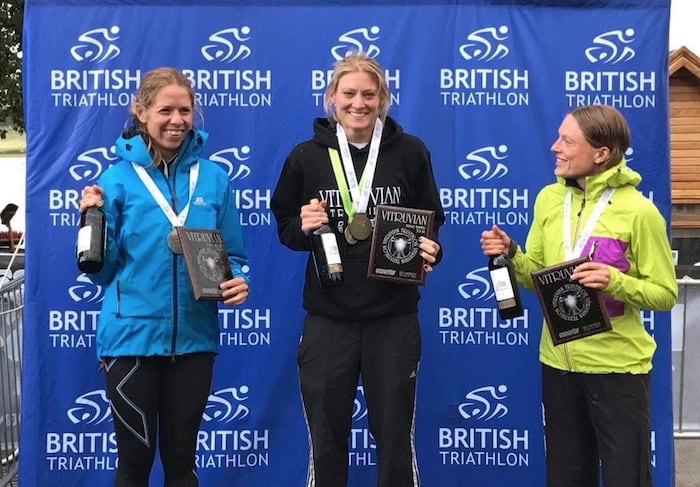 Not one to hang around, less than a year after her triathlon debut she finished fourth overall in the super tough ISRAMAN full distance race in January 2018. 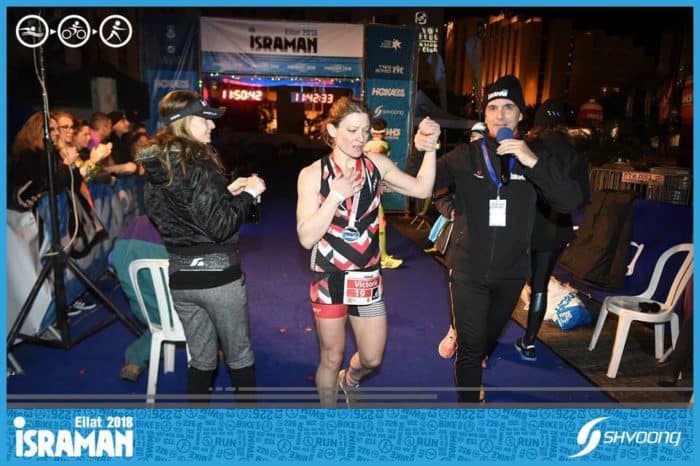 More progress followed during the early part of 2018 with her first overall multisport victory (Bosworth Duathlon), plus more great results on and off road including wins at the Warwick and Keyworth Half Marathons, and even a full marathon at Kielder. Clearly, Vicky is not afraid of racing tough races and racing a lot.

Fast forward to June 2018 and Vicky was back in triathlon action at the Brecon Titan Middle Distance Triathlon, held in the Welsh Brecon Beacons. After a slow swim – her weakness – she went from 23rd female out of the water to race winner, adding the fastest bike and run splits along the way. 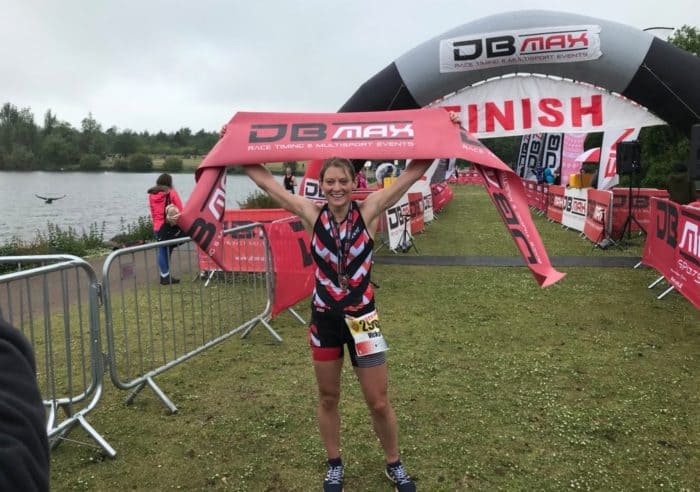 And just to add a final touch – even though it was in July – she then won the Long Course Weekend in Tenby, also winning the Wales Marathon overall too. 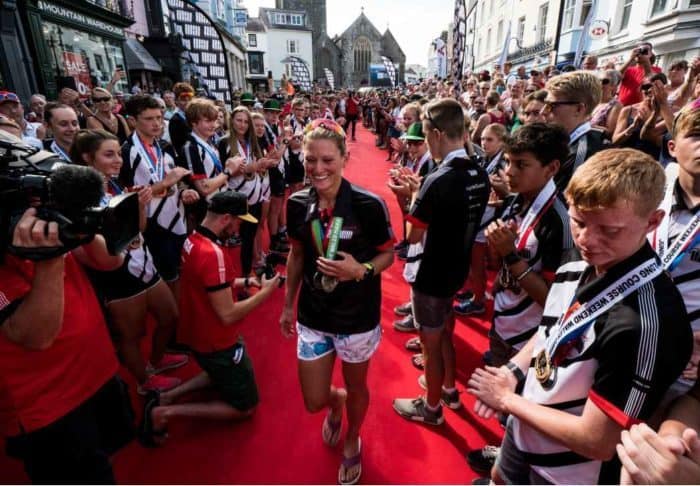 I don’t know about you, but I’m tired just reading all of that!

The exciting thing for us – and we hope this recognition will provide some added motivation – is that with so little ‘triathlon’ background, her best performances may well be ahead of her. Don’t be surprised if you see her racing at the IRONMAN World Championship sooner rather than later.