Ahead of a full review which will follow over the coming weeks, Chris Hovenden takes a first look at the Endura Pro SL Helmet.

Out of the box the Pro SL lid is eye-catching – the ‘Hi-Viz Blue’ colour-way is likely to be divisive (it is also available in white or black), but I like it, and the honeycomb-like Koroyd protection is intriguing (see below). 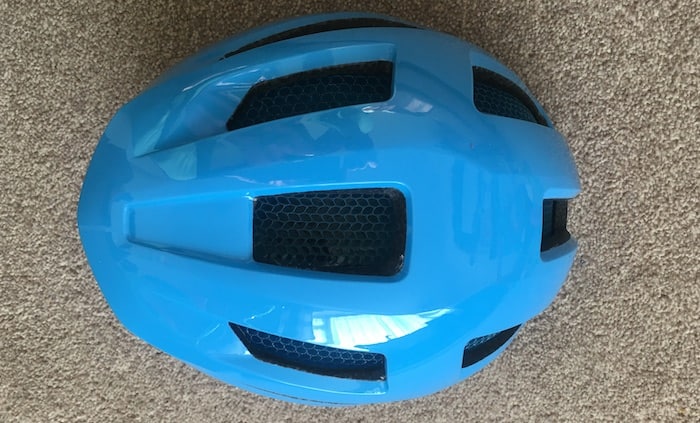 The helmet has 14 vents, the vents are large and 10 of them are filled with Koroyd tubes which Endura says are angled to increase airflow; whilst the integrated Koroyd core is said to improve impact absorption without any weight penalty. 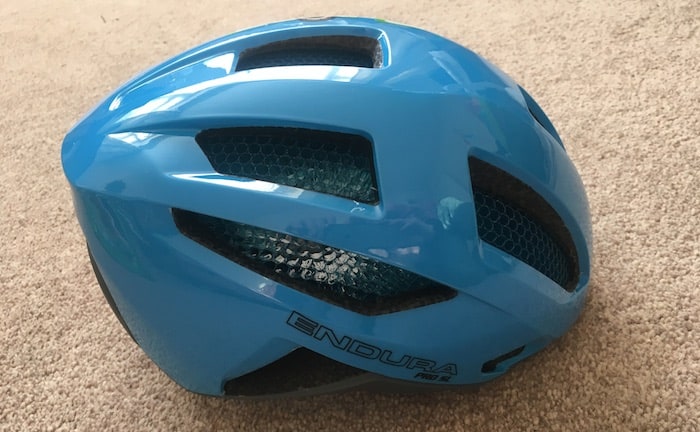 In fact, it is asserted that the addition of the Koroyd protection system to the Endura Pro SL helmet means there is ‘8 times less risk of suffering a skull fracture than the European cycle standards’. It is claimed that the Koroyd tubing is engineered to absorb energy in a more linear fashion than traditional crash hats; this is quite different to the Multi-Directional Impact Protection System (MIPS) which is found in helmets like the Giro Synthe MIPS and is designed in the event of an accident to allow the helmet’s exterior to move independently to the head. 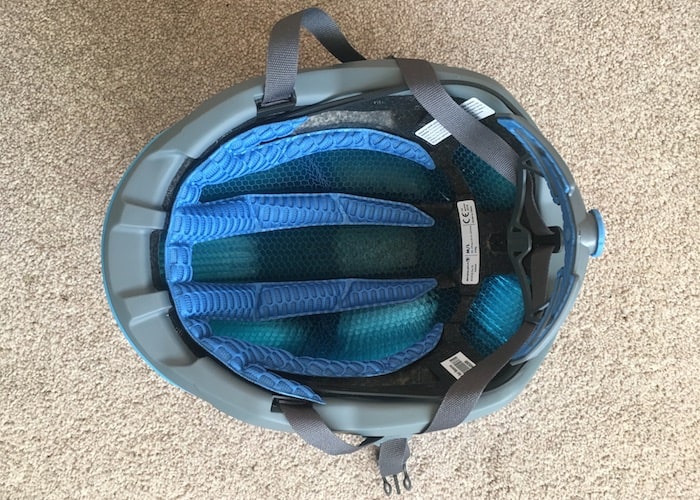 As you’d expect with a premium road helmet, the Endura Pro SL’s retention system utilises a rear dial which should allow micro-adjustment on the fly using one hand and there are ports for you to stow you sunnies. 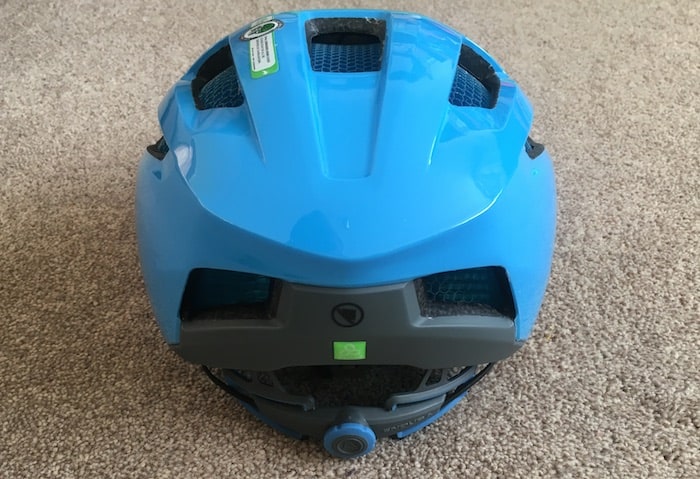 One last initial observation is, although I doubt this will have any noticeable performance impact, that when looking at the helmet side-on it appears quite short and the rear of the helmet looks quite steep/sudden, rather than a curved finish.

Look out for the full review in the coming weeks.