Kimberley Morrison: in the wind tunnel with her Scott Plasma 5

This coming Friday, Great Britain’s Kimberley Morrison will line up at IRONMAN 70.3 Dubai with plenty of eyes looking at what she may be capable of. In particular, what will happen when she sets off from T1 on her bike?

While the wider world may be tuning in to see the return from injury of Alistair Brownlee (on a similar bike), Kimberley will be planning to make headlines of her own.

While Morrison was certainly no novice at the same event 12 months ago, (she was already an IRONMAN 70.3 winner in 2016 in Argentina, after all), when you you start the run side-by-side with the legend that is Daniela Ryf – having given her almost two minutes head-start after the swim – well, people start to take notice. For some perspective, men’s race winner, Javier Gomez recorded a 2:03:53 bike split. Morrison clocked an impressive 2:08:21 over the 90km course.

You can read all about that race in Kim’s words in the blog series she did for us 12 months ago HERE.

Last year, Morrison was part of the Race Hub team – and riding this very sweet Giant Trinity Advanced Pro 1 – a bike which clearly wasn’t slowing her down.

For 2018 – her bike performances no doubt contributing towards her increased profile – Kimberley will be racing for the Drag2Zero team, as we announced in November. Alongside her triathlon objectives this season, she has another goal of trying to break the British 100-mile TT record. When the current mark is 3:42:37 (26.95mph), that will be a tough challenge. Opportunities to find more speed will be needed.

Joining the Drag2Zero team will be a significant step in helping to make Morrison even faster than she has been already. Headed by Simon Smart, Drag2Zero are based at the Mercedes-AMG Petronas Formula One wind tunnel in Brackley, Northamptonshire. With a background of working in the Formula One industry, Simon turned his knowledge to the cycling and triathlon industry and is regarded as one of the world leaders in cycling aerodynamics, working with many high-profile riders, plus brands including Scott, ENVE and Endura. The faster you go, the more details matter – and Morrison is in good and experienced hands. 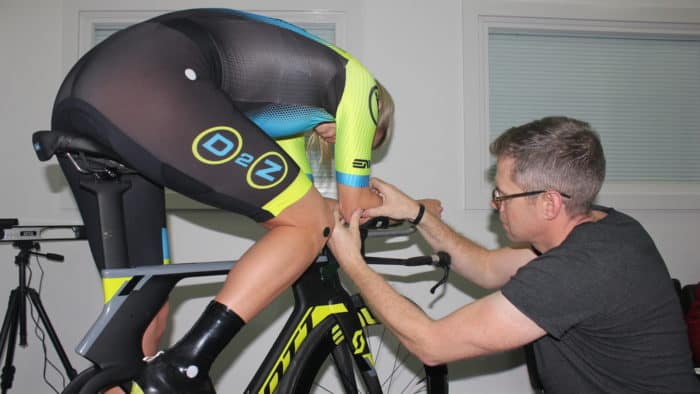 Kimberley recently spent time with Simon and the Drag2Zero team at the wind tunnel to get her new set up – on a Scott Plasma 5 for 2018 – ready for her racing year. The process began (above), using the Retül® system to start the process of optimising both biomechanics and aerodynamics, before further refining that work in the wind tunnel with Simon. 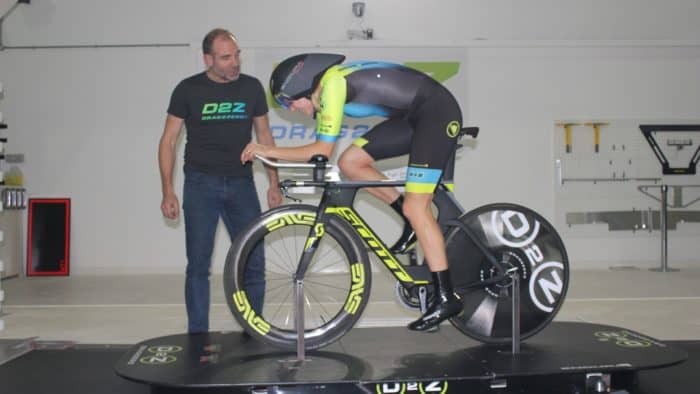 Bike fit and aerodynamics is rarely a ‘one and done’ process, and as we take a look at Kimberley’s set up for this weekend below, that is reflected in the images which show some handlebar updates since that wind tunnel analysis.

We’ll get the first opportunity to see how it all looks in racing action on Friday (2nd February) – the race is being live-streamed, with a 7 a.m. local time (3 a.m. UK), start time.

Eagle eyes will have noticed a Tubular rear wheel and Clincher front. Will that mean two sets of spares? No. “All in” is Kimberley’s approach this weekend, she confirmed to me today.

A compromise-free approach for a bike and preparations which have left little to chance.