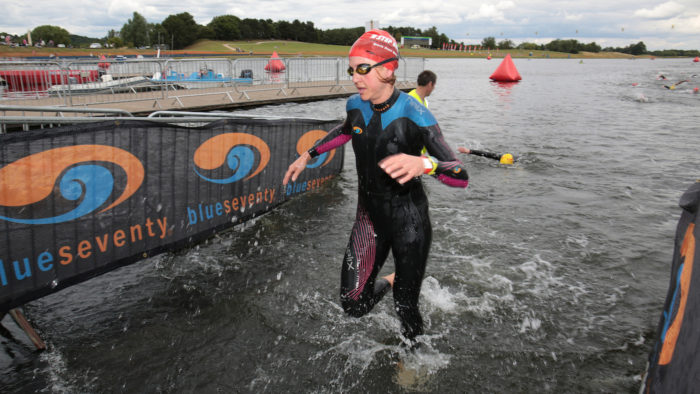 ‘Duracell Bunny’ Lucy Gossage will once again be wearing blueseventy for the 2017 season, having extended her long-term partnership with the brand 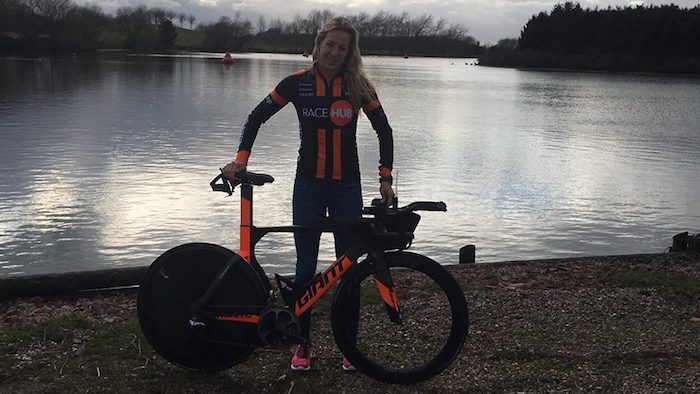 Is Kimberley Morrison (www.kimberleymorrison.co.uk) Great Britain’s latest female Middle and Long distance über-biker? If so, we are going to be seeing a lot more of her bike for 2017, the Giant Trinity Advanced Pro 1. Let’s take a detailed look at her new ride.

The first ‘Pro Bike’ we featured this year was of Laura Siddall (CEEPO Viper-R). Laura set the fastest bike split at both Challenge Wanaka and IRONMAN New Zealand on her new ride – and Kimberley did the same in her first race of 2017, at IRONMAN 70.3 Dubai, leaving her in the very lofty company of running side-by-side with IRONMAN World Champion Daniela Ryf leaving T2.

On Sunday, Kimberley will be racing at IRONMAN 70.3 Buenos Aires, Argentina – a race she won last year by just nine seconds – and if she is to retain that title again, leaving everyone else behind on the bike will certainly be on he ‘to do’ list… 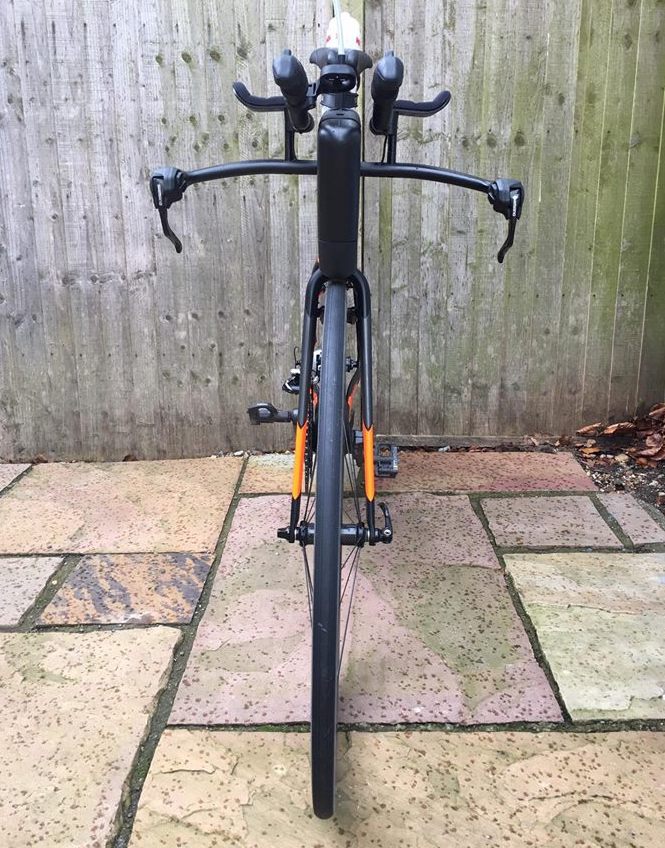 For 2017, Kimberley will be racing for the Leicestershire-based Race Hub Race Team (www.racehub.uk), pictured below at a recent photo shoot at the venue. 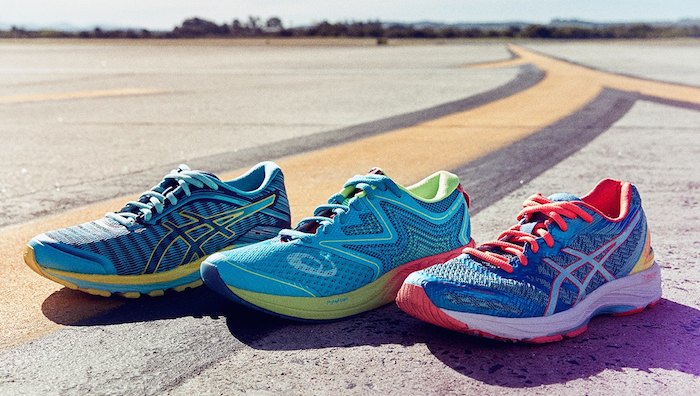 Tuesday’s ASICS #FlyteFoam launch at Tower Bridge in Central London was a lavish affair, including the presence of reigning IRONMAN World Champion Jan Frodeno to share his experiences of the new FlyteFoam™ shoe models from the footwear giant. (You can watch our interview with Jan Frodeno, on THIS LINK).

What is #FlyteFoam and which new running shoes have been launched?

To get the inside track on the three new models: Noosa FF, DS Trainer 22 and Dynaflyte models, we asked ASICS Product Manager Mike to talk us through the properties of FlyteFoam™ and the details of the new product lines. Watch the video above for the inside track.

The FlyteFoam launch in 60 seconds: 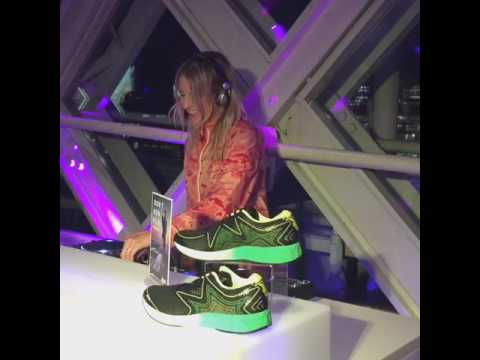 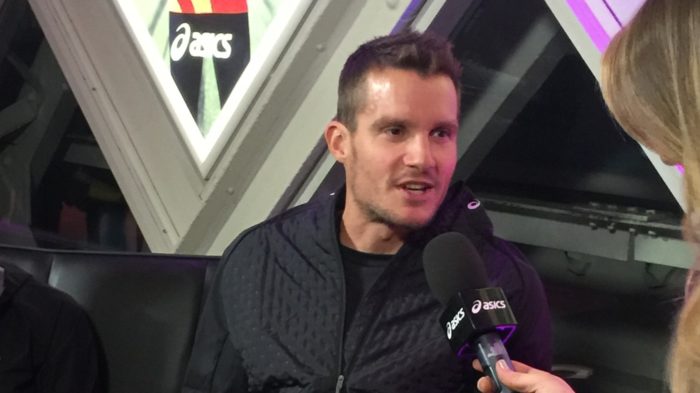 The imposing surrounds of Tower Bridge, Central London played host last night to a highly impressive launch of a new shoe from ASICS, the Noosa FF™. ‘FF’ in this case refers to FlyteFoam™. In their words…

“Our FlyteFoam technology provides exceptional bounce back and responsiveness no matter the distance, utilizing organic super fibers to help reduce packing out that traditionally happens with softer, low density foams.”

Having flown in two-time and defending IRONMAN World Champion, Jan Frodeno, specially for the evening, we took the chance to grab some time with the undisputed king of men’s long-distance triathlon right now.

Jan talks about his mentally challenging Kona race of 2016, “nailing” Kona 2017, breaking records and why Super League Triathlon will produce “the ultimate sprinter”, rather than the ultimate athlete!

The night in 60 seconds… 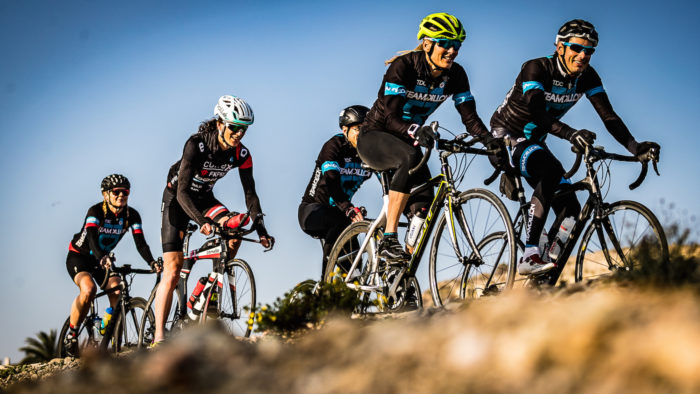 Having developed a great reputation over the last five years, UK-based Team Freespeed have confirmed a partnership with Orca for the next two years 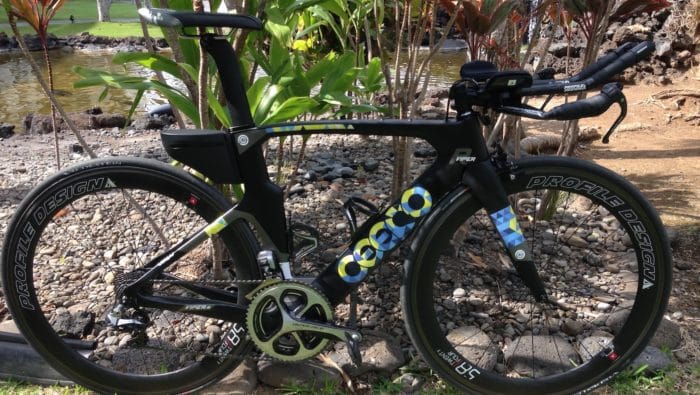 Great Britain’s Laura Siddall (www.laurasiddall.com) has been in fine and improving form over the past couple of years.

The former multiple World Age-Group Champion has well an truly made the transition to top performing professional. Less than two weeks ago she came within 28 seconds of victory at Challenge Wanaka after a race-long battle with Yvonne van Vlerken. That was her third consecutive second place at the “world’s most scenic long distance triathlon“.

Much of her success has been down to her speed on two wheels – and for 2017, she’s riding a new steed, this CEEPO Viper-R (www.ceepo.com).

It appears a good match too, Laura riding it to a bike course record in Wanaka by more than nine and a half minutes.

The CEEPO will be back out again on Saturday at IRONMAN New Zealand. And before you think, “that’s not enough time to recover”, last year Laura went even faster in Taupo, finishing a fine fourth, only four minutes adrift of Lucy Gossage.

For more information on CEEPO Bikes in the UK, contact: 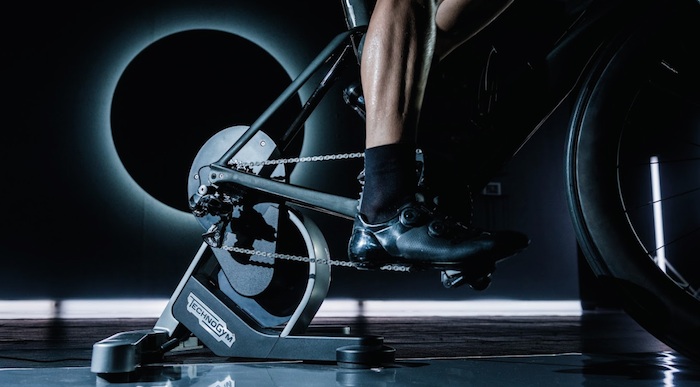 Technogym launch MYCYCLING™ at Triathlon Show: London, the Italian giant’s entry into the ever competitive ‘Smart Trainer’ market. We found out more… 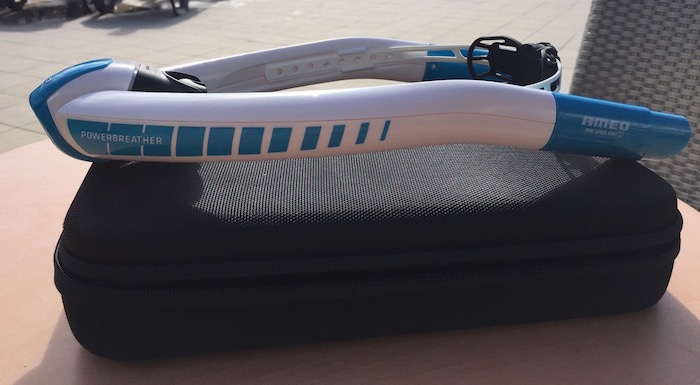 We test out the AMEO Powerbreather swim snorkel, as used by two-time Ironman champion and Olympic Gold medallist, Jan Frodeno 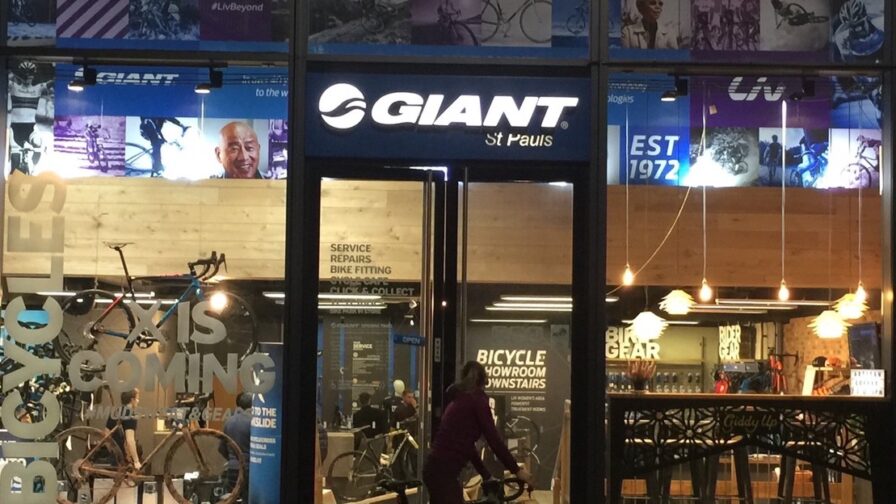 The next Giant Store St. Paul’s Triathlon Evening is Thursday 2nd March 2017. A FREE chance to listen to experts, trial the latest bikes, wheels and more 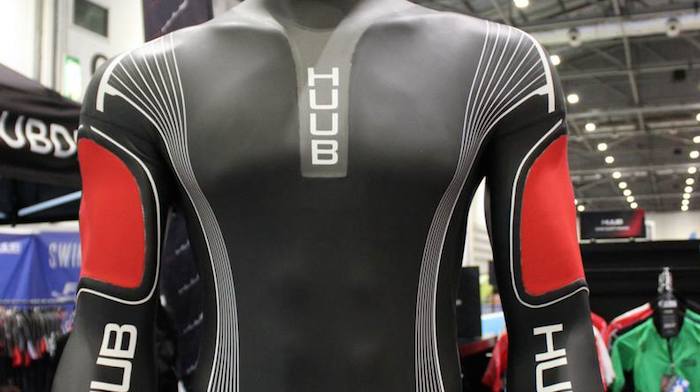 “In 1949 US researchers set out to create the fastest, most hydrodynamic and agile submarine in the world – named ‘The Albacore’. The groundbreaking project took them on a journey of idea generation, testing, retesting and continual improvement, the ultimate example of Science, Research, Reality.”

It was five years ago at the Sandown Park Triathlon Show that the HUUB (www.huubdesign.com) brand was revealed to the general public, and we were there at the start with founder, Dean Jackson, when we ran through the original Archimedes and Aura wetsuits in this video.

Much has changed in those five years, and once again we were at a Triathlon Show with Dean – this time at the ExCeL Centre – to take a first look at the latest addition to the HUUN range, the Albacore.

You can find out more about the Albacore on the HUUB website. 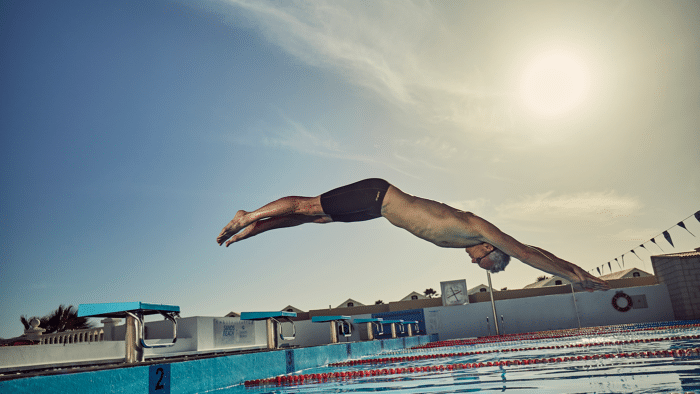 British swimming legend Mark Foster has joined forces with Zone3 as a brand ambassador to launch the Xfinity range of swimwear.

Eve Roberts, the European Sales and Marketing Manager for blueseventy (www.blueseventy.co.uk), showcases their 2017 range at the recent Giant Store St. Paul’s Triathlon evening on 2nd February. Check out the video above to find out more. 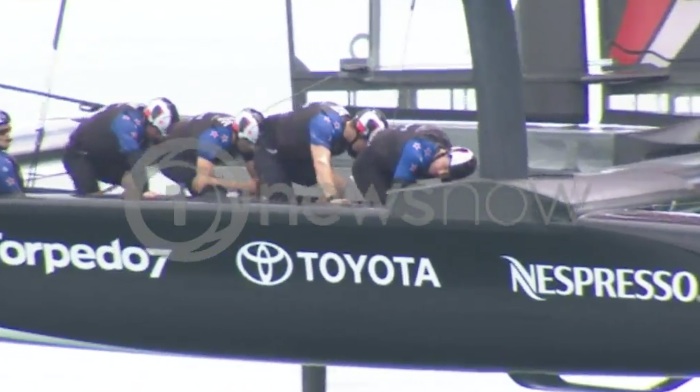 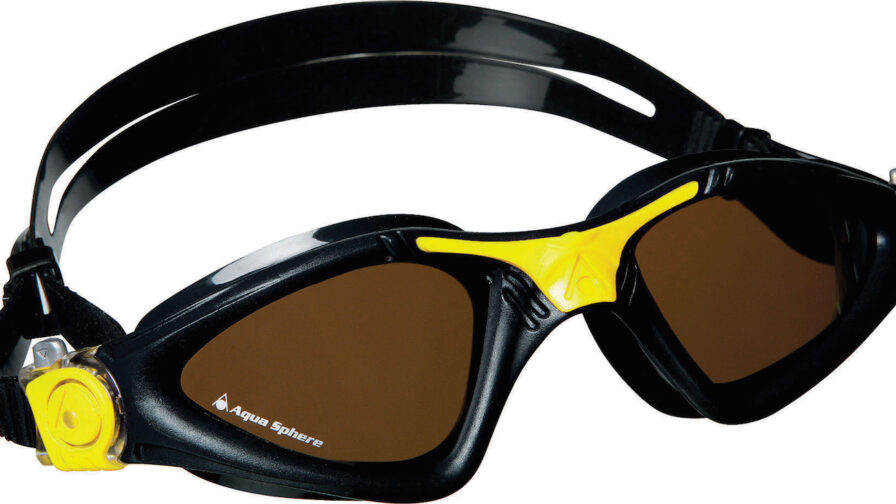 Competition time. WIN one of three pairs of the the latest Aqua Sphere Kayenne polarised swimming goggles in this simple to enter competition 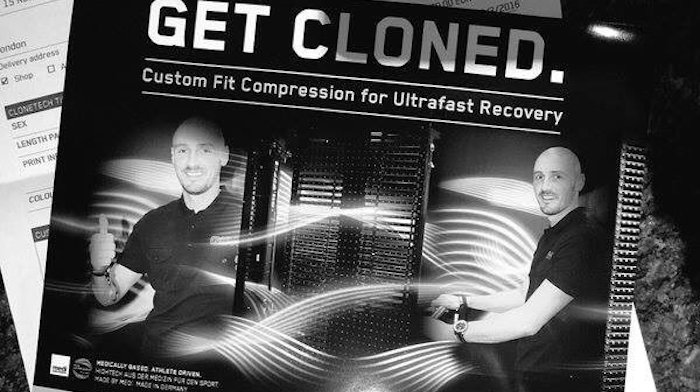 HUUB wetsuits (www.huubdesign.com) were one of the brands who were showcasing their 2017 range at the recent Giant Store St. Paul’s Triathlon evening on 2nd February. Check out the video above to find out more.

(Click HERE to find our about future events at the Giant Store St. Paul’s) 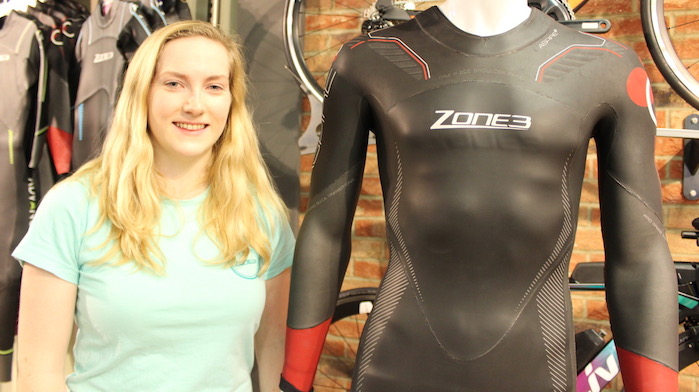 Zone3 wetsuits (www.racezone3.com) were one of the brands who were showcasing their 2017 range at the recent Giant Store St. Paul’s Triathlon evening on 2nd February. Check out the video above to find out more.

We also had did an in-depth feature with Ffion from Zone3 to profile their hugely popular Aspire wetsuit, available in both men’s and women’s versions, which retails for £299. 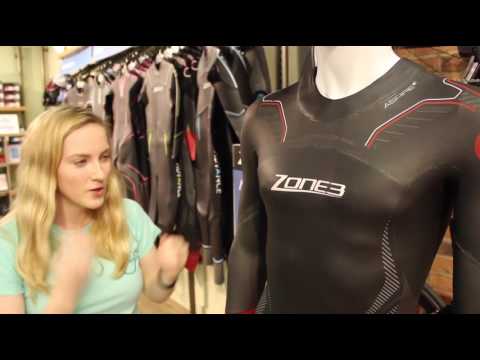 (Click HERE to find our about future events at the Giant Store St. Paul’s)

The next event in the superb Giant Store St. Pauls Triathlon Evenings is on Thursday 16th February 2017, where running is the focus. Book your FREE place!