ERDINGER Athlete of the Month – April 2017

The ERDINGER Athlete of the Month for April 2017 is another British Age-Group athlete for whom age is no barrier to getting faster! Congratulations Jacqui Phillips

ERDINGER Athlete of the Month – April 2017. And the winner is…

As we approach the end of May, it is time for us to reveal who we have selected as our ERDINGER Alkoholfrei Athlete of the Month for April 2017. Last months winner – out first of 2017 – was Tom Morris. Read on to see who is next!

April saw a significant increase in the racing action – which meant an even more difficult job in identifying our winner. Many thanks to those of you who have been in touch with your nominations (and please, keep them coming!). We feel we have a picked a very deserving athlete once again.

Our winner for April has been selected on the basis of one truly outstanding result in April – though to be fair, she could equally have been awarded the recognition on the basis of “lifetime achievement” within the sport!

Jacqui Phillips is no stranger to the Great Britain Age-Group team. When Jacqui won the 45-49 category at the ITU World Sprint Distance Championships in Cozumel last year, it represented her 12th international medal at World and European Championship level. That success has included Gold medals at European Triathlon, Duathlon and Aquathlon Championships, plus further World Championship wins in Triathlon and Duathlon. 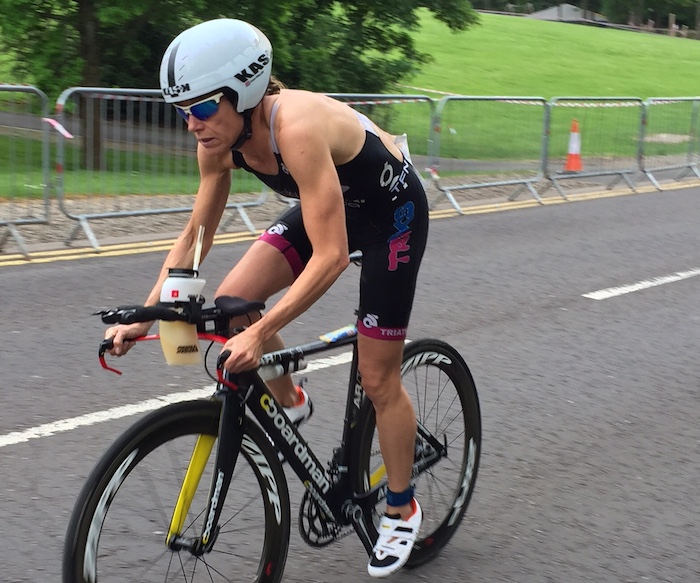 Moving up into the 50-54 category for 2017, heading to the Soria ETU Duathlon European Championships in April, Jacqui being the favourite for the Gold medal in her category was barely newsworthy – but she had other objectives. Could she win the race overall? This isn’t completely new for Jacqui (she did similar last year, qualifying for Cozumel, which we reported on), but would be a quite a feat in the year she turns 50 – and on a European stage too.

In Spain, Jacqui was around one minute back after the opening 5km run, but once on the bike she dominated the race, setting the fastest time over the 20km course by almost two minutes. Fellow Brit Gwen Kinsey (herself the reigning ITU World Duathlon Sprint Distance Champion in the 40-44 category), closed on the second run, but it wasn’t enough, and Jacqui would win both her category and the overall by just 11 seconds.

A great performance to earn her 13th international medal in Great Britain colours. Something tells me that we’ll be seeing the 14th (and probably more) very soon.