Just prior to the IRONMAN World Championship last year, I was sitting in a popular bar/cafe in Kona at one of several media events I attended through the week, interviewing athletes about the upcoming race on Saturday. The sun was shining, life was good.

Minutes later, a mutual friend of myself and Tim who was there – looking shell shocked and stunned – came over to me privately and said he’d just had received a text from a friend, that Tim had been involved in a bike crash… and that it was serious. As we would all find out later that day, and in the months following, that was unfortunately the case.

Missing the 2017 IRONMAN World Championship would prove to be a minor issue, relative to the pain and medical treatment that Tim subsequently has had to endure since. Tim is still in the early stages of that road to recovery, health and fitness (and we are thrilled that he will be hosting our Zwift group workout on Wednesday this week!), and the complexity of his treatment has also incurred significant and ongoing medical costs.

To help towards that, his long-term apparel sponsor Endura (www.endurasport.com), have produced a ‘Don themed’ cycling kit, with all profits from the sales going towards those medical expenses. Here are the full details of the kit (which looks great).

The Triathlon community was stunned with news of a triathlon legend being hit by a truck only days prior to the biggest event in the sport, the Ironman World Championships in Kailua-Kona. Tim Don, a 4x World Champion, 3x Olympian, 2x podium finisher at Ironman 70.3 World Championships and most recently, the holder of the IRONMAN™ World Record (May 2017), was struck by a careless vehicle while out training on the infamous Queen K Highway three days before the race. Fans and media were alerted of the situation via Tim’s social media post from the Kona Community hospital bed, but some of the finer details and the ever-growing financial burdens of the accident were kept to those closest to him.

Tim’s initial medical diagnosis was a broken C2 vertebra and that he would likely be in a removable neck brace for approximately five weeks. Tim was flown out of Kona the next night and taken directly from the airport to a brain and spinal specialist in his home town of Boulder, Colorado. As it turned out, the injury was more serious than originally thought and Tim was given three choices: Remain in a soft brace, which presented further risks; have surgery, which is the most common solution; and then the least popular choice, The Halo.

Although extremely painful, The Halo offered Tim the best chance of making a full recovery whereby he would (hopefully) be able to maintain full range of motion in his neck. A high level of mobility is essential for a professional triathlete who needs to be able to fully turn his neck during the swim and hold a low, aero position on the bike. 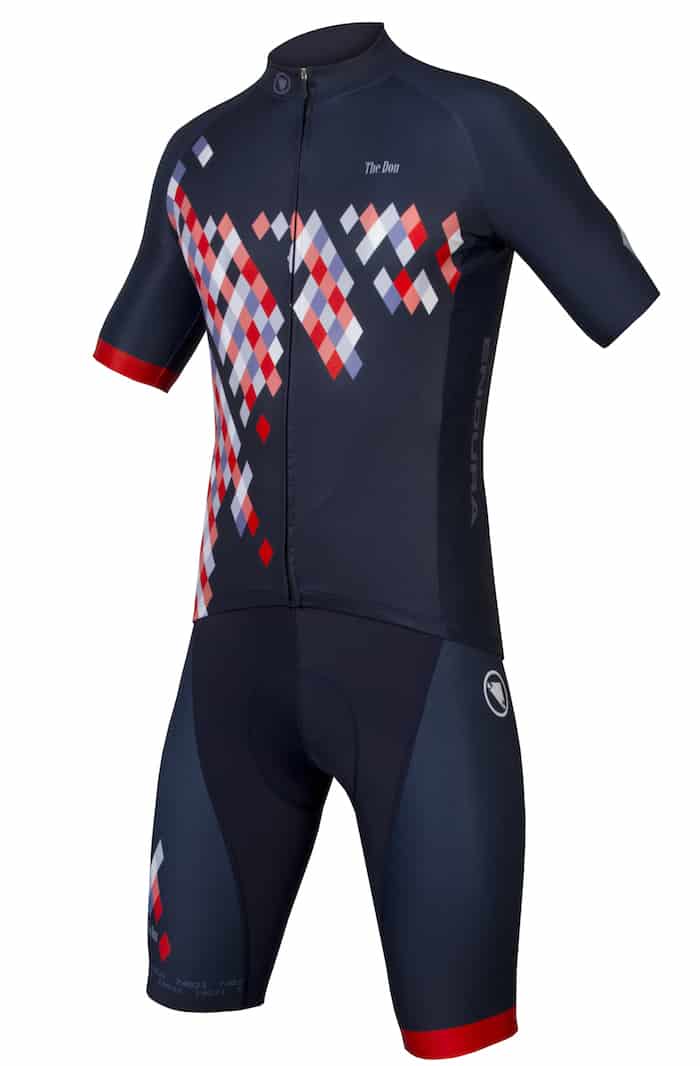 The Halo option immobilized Tim and required a team of doctors, physios, specialised equipment, and a vast amount of support from his network to help get him through the agonizing three months of wearing the medieval looking contraption. “The medical bills and mental costs have really added up and I think many people in this situation would fold and call it a day as a highly competitive athlete, but The Don is determined to get back to the top of the sport, no matter the cost,” said Franko Vatterott, a member of Tim’s management team.

A few friends suggested starting a GoFundMe page or something similar, but Tim and his wife Kelly were not comfortable asking for that type of support. Several of his sponsors and supporters did offer to help in certain ways but the financial strains are still very real. The Don family are lucky enough to have an exceptionally strong community of triathletes and friends around them and someone close to Tim suggested making a limited edition cycling kit, whereby all profits from the sales help cover the ever-increasing medical expenses. The Don’s team approached his long-time performance apparel sponsor Endura, and without hesitation they agreed to design, produce and sell a ‘Don themed’ cycling jerseys and bib shorts.

It is recognised that a lot of people in the triathlon community would make donations without receiving anything in return, but Endura has produced a top-quality cycling kit for the kind contributions to support Tim and his family. The ‘TD design’ has subtle tributes of the popular professional athlete with the UK national colours, “The Don” printed on the jersey chest and right leg of the bib shorts, as well as a nod to his Ironman World Record time of 7:40:23, faintly printed on the back pocket of the jersey and lower leg band of the shorts. The full kit is printed on Endura’s high-end WT Race jersey and bib shorts, which can be seen on Tim in training and pro tour cycling team Movistar in races. 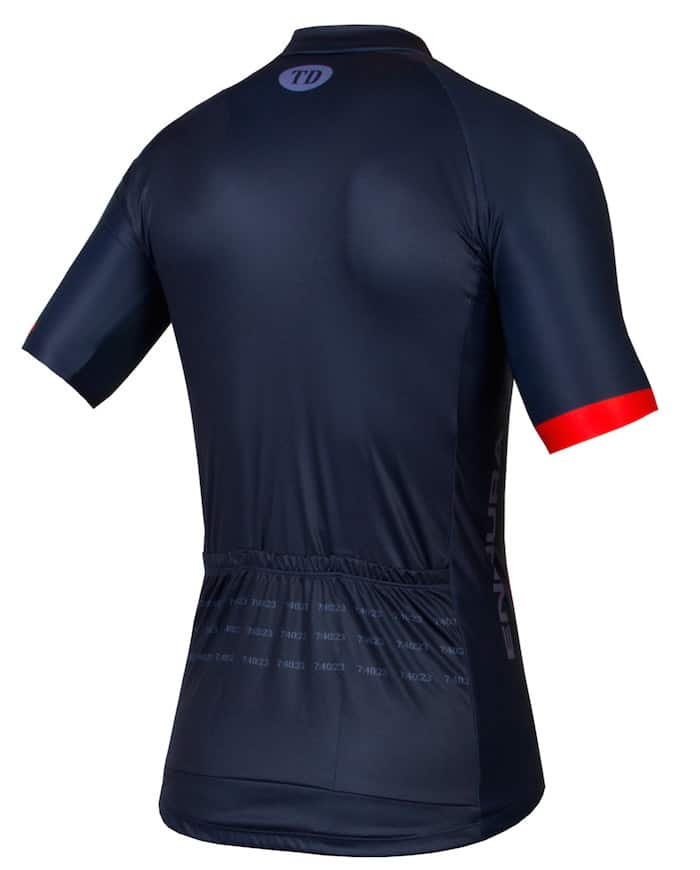 Those wishing to support this great cause can ORDER THE KIT HERE. 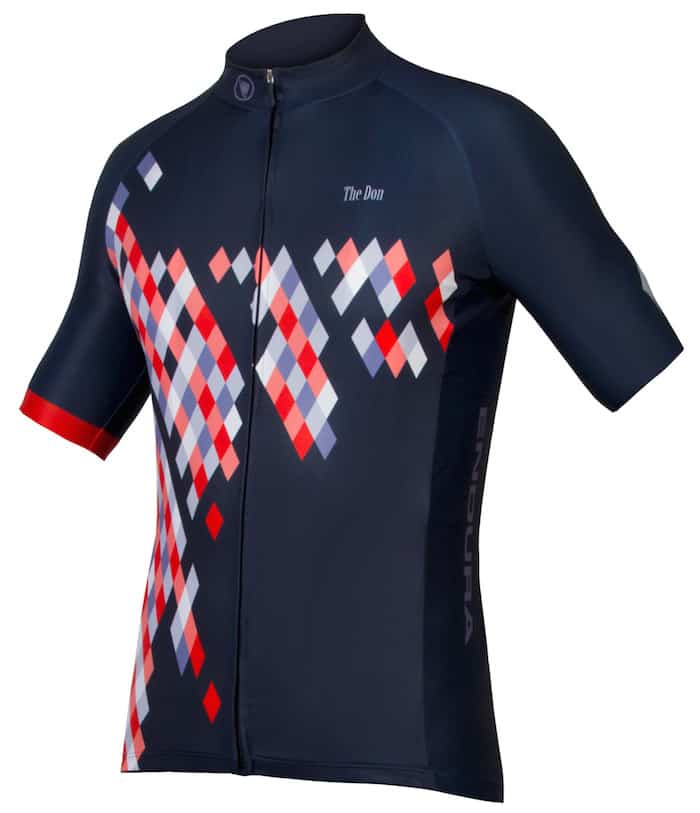 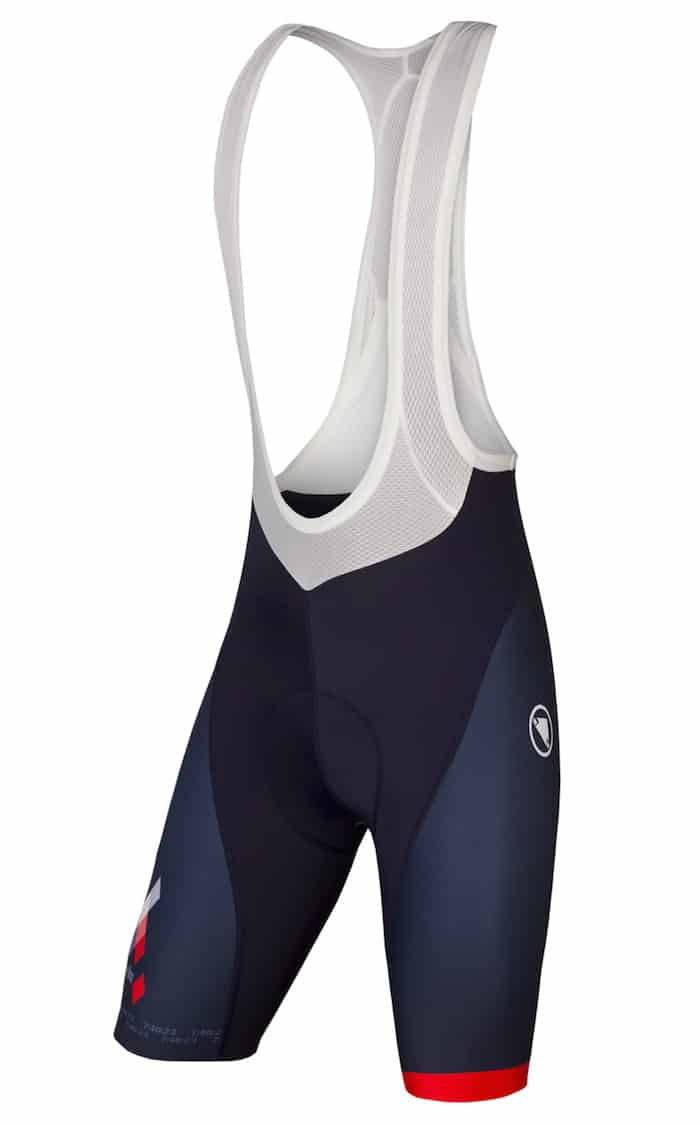