(Katrina is picture above, second from the left, image courtesy of Franke Snell’s Photography – part of the winning Army Triathlon team at the 2018 Triathlon England National Club Relay Championships)

Following up one the news (HERE) that Neil Eddy will be joining Team Freespeed (www.teamfreespeed.com), the second – of four – new athletes has just been announced, and it is Katrina Rye.

Here’s what Team Freespeed had to say about Kat joining the team:

We were super impressed with Kat’s half ironman prowess last year with overall wins both in UK at Vitruvian and abroad at Calgary 70.3.

Already qualified for 70.3 World Champs at Nice she’s heads down and focussed and is determined to maintain that winning record.

Kat’s a British Army physio and puts a lot of value into the science and theory of training so we’re looking forward to reaping the benefits of this.

We’re also really pleased she likes to celebrate well too. In true Freespeed style here she is at the finish line in Calgary with a G&T. 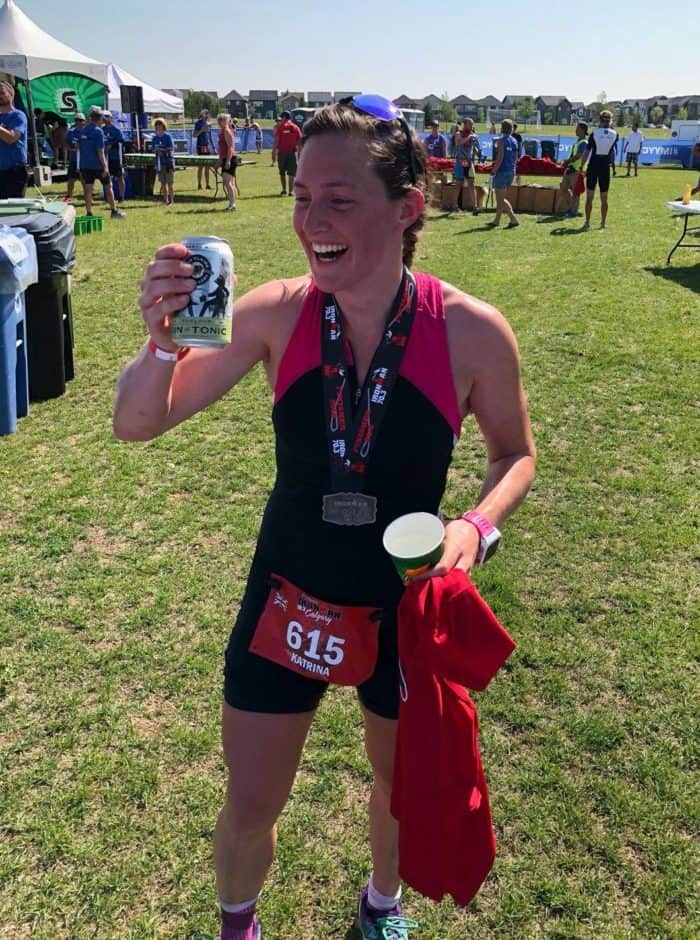