Significant new racing news here from Welsh Triathlon which should be of interest to any primarily domestic-based Pro / Elite athletes. The debut of the Welsh Triathlon Super Series combines six of the country’s top events from May through to September, offering a total prize purse of over £15,000. in additional, all races will be televised thanks to a partnership with Dream Team Television.

Check out the initial details here…

Each stage of the Series will be broadcast on S4C, Channel 4 and then on to the major sporting channels internationally.

The Series will run across six events from May through to September 2018, and participants must compete in four of the six events to qualify for the ‘Welsh Triathlon Super Series’ Crown.

The six events that have been selected to make up the 2018 Series are: 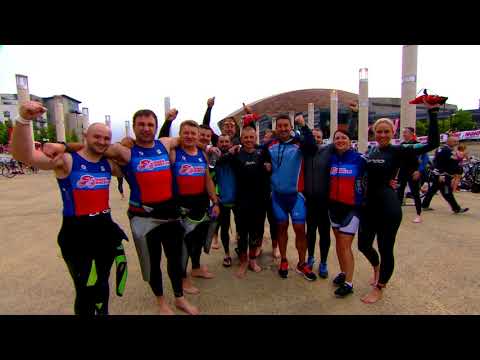 With the prize purse sitting at £4,000 for the overall winners, as well as additional prizes across age grades, the stakes are high. To qualify for the title and the prizes however participants will need to be a member of their home Triathlon Federation.

Prizes will be awarded to Triathlon Federation members in the following categories; Overall Male, Overall Female, as well as the first placed Male and Female across all other categories.

The club category will be solely for Welsh Triathlon Clubs. This will see accumulated times for the top five finishers from each club positioned at each event. All scores across the six events will be collated and classified accordingly. Although the focus throughout the series is on individual participation, this gives increased focus on growing and supporting Welsh Clubs in a way never seen before.

Gareth Evans, Welsh Triathlon Events Officer commented, “To have this level of focus in Wales for such a fantastic Series that embraces not only our home-grown talent but welcomes athletes from further afield is a huge privilege for Welsh Triathlon. We’re very fortunate to have the calibre of events and event organisers across Wales that can cater for such a series. The summer is certainly going to be an exciting one!”.

Beverley Lewis, CEO of Welsh Triathlon echoed the excitement by saying, “It’s a great opportunity for athletes to race in an event series at spectacular venues across Wales, and for us to showcase these venues to the rest of the world. It’s great to be working closely with the event organisers and local communities”.

Athletes should enter the Series via the individual events, all of which can be found here: https://www.welshtriathlon.org/events/welsh-super-series/race-the-series

Any further information on the series can be found at: https://www.welshtriathlon.org/events/welsh-super-series