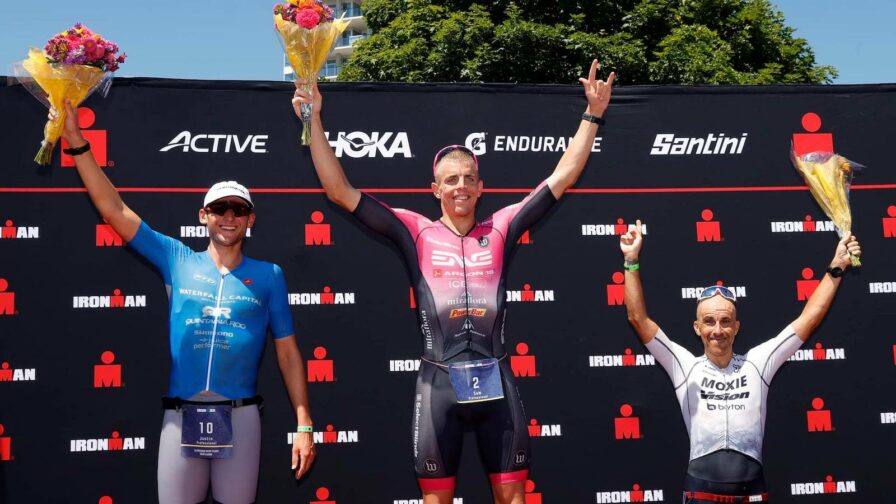 IRONMAN Coeur D’Alene runner-up Justin Metzler heaped praise on race winner Sam Long suggesting the American is a ‘once in a generation’ talent and will reign supreme at Kona one day.

The 28-year-old, speaking on his own Youtube channel after the weekend’s race in Idaho, USA, insisted his fellow countryman Long was going to pick up big victories – including an IRONMAN World Championship in Kona.

The comments came mere hours after 25-year-old Long took the top step of the podium in a strong field which contained 2017 Kona runner-up Lionel Sanders.

“Sam [Long] is legit,” said Metzler, “we all know that. Sam is going to win Kona one day, he’s going to win big races – he’s a once in a generation type talent.

“Racing him is super-motivating for me, me and him have had a rivalry for many years – being young guys, both based in Boulder, similar age and we are just ultra-competitive.”

Metzler managed to recover 3:14 on the run, but Long was in a league of his own, taking victory from Metzler and Portugal’s Pedro Gomes.

Metzler secured a first IRONMAN podium – and with it a ticket to the IRONMAN World Championship in Hawaii, a dream come true for the American affectionately named ‘Big Metz’.

“I have done triathlon my whole life and watched IRONMAN Hawaii on TV every year as a kid,” explained Metzler.

“I always dreamed of that being my life and never really believed it was possible.

“I’ve spent 10 years of my life focussing on trying to be a good IRONMAN athlete – I think I just proved it to myself.

“I’m just amped, second place at IRONMAN Coeur d’Alene. I’m almost speechless. It means everything, it really does, I trained the house down the last two months and you trust that that means something, but you don’t know what it actually means until you get there, and you string it all together.

“Kona the big dance, the big show, what can I say?”