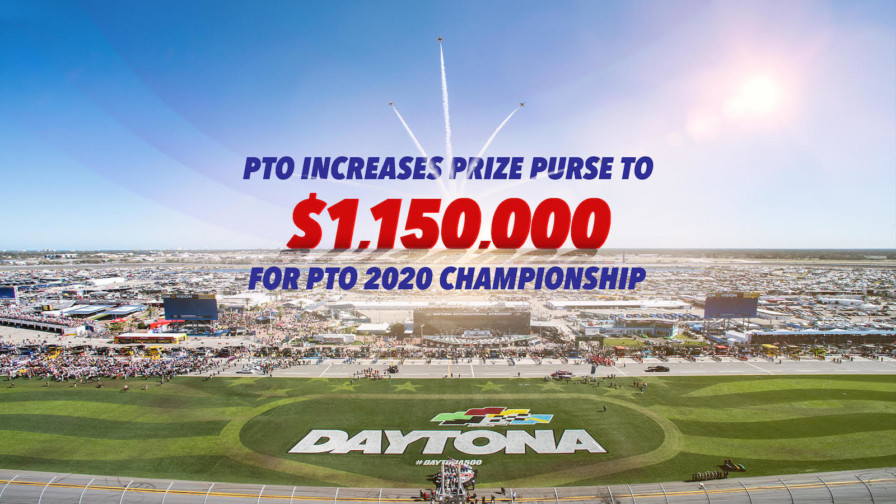 ALL qualified athletes will now earn a minimum of $2,500

The Professional Triathletes Organisation cheque book will be working overtime over the coming weeks, with news of an additional $150,000 added to the prize purse for their PTO 2020 Championship at Challenge Daytona on early December.

This is not ‘making the rich, richer’ however, with all of this additional funding going to athletes finishing outside of the top-20, providing a guarantee that all qualified athletes for this event will now not go home empty-handed.

This announcement also confirms that the top prize in Daytona will be $100,000. While that is lower than the $120,000 winners have received in Kona in recent years, the total prize pot is now a full half a million dollars more that the corresponding IRONMAN World Championship total ($650,000). Comparing to the 70.3 World Champs over the middle distance, the prize totals in recent years have been $250,000, with a top prize of $45,000 to the winners.

The Professional Triathletes Organisation today announced that it has increased the prize purse at the PTO 2020 Championship at CHALLENGEDAYTONA® by $150,000 to $1,150,000. Originally the $1,000,000 prize purse was to be paid to the top 20 male and female finishers but given that the racing calendar for the year has been entirely decimated, the PTO has decided that all athletes who have qualified and race will receive no less than $2,500 each. The prize purse breakdown ranges from $100,000 for first place to $4,000 for 20th place and each athlete placed from 21st to 60th will receive $2,500. The full prize purse breakdown can be found here.

Charles Adamo, Executive Chairman of the PTO commented, “With the entire race season pretty much cancelled and with athletes having practically no earning opportunities and receiving little support from elsewhere, the PTO has decided that anyone who has qualified and races at the PTO 2020 Championship should receive some compensation. We had previously committed to paying twenty deep, which was already twice the number of athletes earning prize money than at a typical championship race. With the professionals continuing to receive little support this year, we could not in good conscience ask athletes to travel to the race and then, like too often happens, walk away with nothing but a big travel bill. That is not the way the PTO treats valued partners. With many sports, including our own, cancelling events and looking to decrease prize purses or cut payments to athletes, we see this as the time to invest in our PTO Professionals. It is a very simple formula-the PTO is the professionals’ organisation and it thrives when they thrive.”

There are still places available for the age group events at CHALLENGEDAYTONA® and those interested can register here.