If you watched the 2018 Tour de France, you may have noticed him sporting a new cycling helmet. The Kask Utopia will soon be available for public sale – and Chris Hovenden has already been putting it to the test.

Chris Hovenden tests the Kask Utopia as worn by Geraint Thomas and his Team Sky colleagues in the 2018 Tour de France – available in Autumn 2018.

Is the Kask up to the task? Buckle up and ride on…

Kask helmets and Team Sky are almost like strawberries and cream. In fact, Chris Froome et al’s success in some of the biggest cycling races in the world undoubtedly contributed to lots of triathletes and testers wearing the Kask Bambino.

There could be another Kask lid that is about to make a big impact. The Kask Utopia was worn by Geraint Thomas on his march to winning the Yellow Jersey and is due to be launched in Autumn 2018.

I’ve been testing an early version of the Utopia for several months. The test helmet is the same as the one that’ll be available to consumers, save that the ‘to market’ lid shall have a leather strap (rather than a standard material chin strap).

The Italian company claims the Utopia is ‘faster than you can imagine.’ I’m not quite sure what that means, but the Utopia does look fast and, in short, it feels fast too.

Developed in conjunction with Team Sky, Kask says the Utopia is its fastest ever road helmet and, after wind-tunnel testing and Computational Fluid Dynamics (CFD), claims that compared to the next best competitor it saves up to 6 watts at 50kph (although, I’m not sure how helpful that statistic is since not that many of us consistently ride at 30mph). 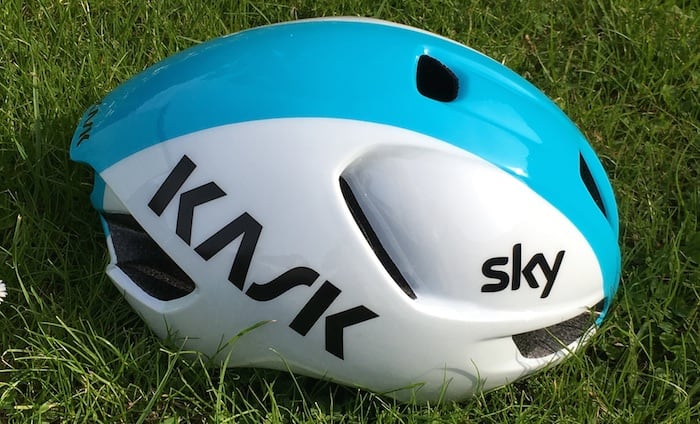 I had a few teething problems with the Utopia, I’m not sure why but it took me several rides to find a fit that was comfortable (I experienced the odd pressure point) and the retention system didn’t seem as smooth as others I have used.

Having said that, after the initial settling-in period, the Utopia felt fine, was comfortable being worn for multiple hours (the padding although minimal, does the trick), and adjusting the fit on the fly using the dial at the rear was easy. 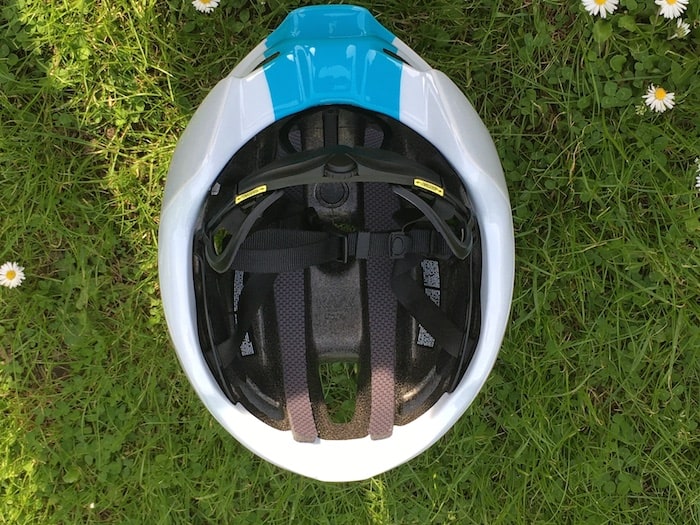 I had no issues getting the Utopia on and off in T1 and T2 respectively, and if needed I was able to correct the position easily on the move.

The head-on profile of the Utopia looks a little like a Formula 1 car, and that might in part explain its aero attributes. I took to wearing the Utopia in time trials and triathlons – some of my improvements were undoubtedly due to training and getting fitter, however I am confident the helmet is quick.

When riding to similar power on courses I am familiar with, I was quicker using the Utopia. I have a tendency, especially when riding on the rivet, to move my head and the lack of a long tail (as with classic time-trial helmets) is advantageous – alternatively, if you can maintain a fixed position/don’t move your head then the benefit in a TT may not be as great. 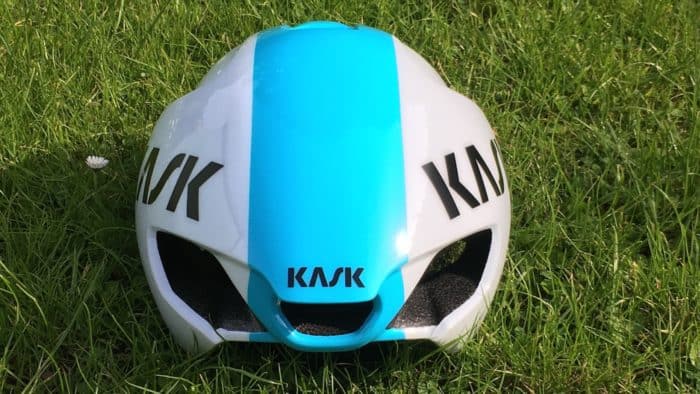 Aero road helmets are designed to slip through the air, and this generally means less vents, which in turn means the crash hat isn’t as airy.

Compared to the aero road helmet competition the Utopia’s ventilation was good and the lid performed admirably during the 2018 summer heat wave. However, on the hottest days (or when you might not be travelling as fast), you might prefer a helmet with better ventilation – as Geraint Thomas did during the Tour when he opted for the Kask Velegro for the hot mountain stages.

Although not really a gripe for me, due to the positioning of the vents there isn’t an intuitive/sensible way to stow your sunnies – if necessary, I resorted to tucking an arm of the sunglasses into the neck of my jersey on my back.

I have been impressed by the Utopia, and compared to the aero road lid competition it is the near the front end. However, when spending north of £200 you might expect a helmet to come equipped with the MIPS (multi-directional impact system), such as the Bell Zephyr.

An aero road lid, that’s light and quick, and worn by a Tour de France winner.