Giro has been a leader in the safety helmet sphere for some time and the Giro Synthe MIPS is its flagship road helmet.

On the road with the Giro Synthe MIPS

In addition to protecting your head, modern crash helmets are developed to be comfortable, lightweight, well ventilated, and aerodynamic.

The Giro Synthe MIPS looks to not only tick, but to excel in, all of the above and the American company claims its flagship lid is the ‘pinnacle of road helmet design’.

Reflecting a high-performance helmet, Giro offer the Synthe with or without the Multi-Directional Impact Protection System (MIPS).

As the name suggests the crash hat on test comes equipped with MIPS which Giro believes can redirect energy and provide more protection in certain impacts.

MIPS attaches the helmet cage that is in direct contact with your head to the outer shell of the helmet with elastomers (luminous rubber bands). The intention is that in the event of an impact your head can move independently to the helmet’s exterior.

Looking far more like a classic road helmet than many overtly aero-focussed road helmets, the Giro Synthe MIPS scores highly when it comes to aesthetics. It has a sleek and smooth appearance, is available in various colour schemes, and has a high-quality finish. 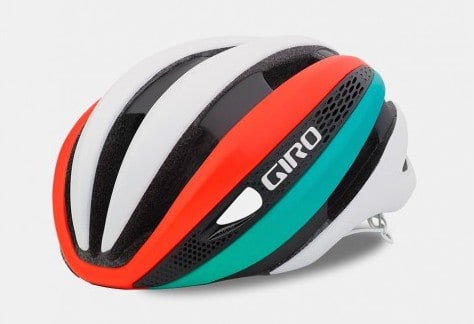 Giro claims in addition to looking the part the Synthe is particularly aero and comes with the tag-line ‘faster is cooler’.

Giro also claims its profile helps it slip through the air in various head angles and multiple yaw. Although I have not had the benefit of wind-tunnel testing, the Synthe does feel fast. However, I have seen that some people have questioned how aero the Synthe is compared to some of the aero-road helmet competition.

Having said the above, marrying aerodynamics and ventilation is difficult. The Synthe looks to do this by pairing the aero attributes of the Giro Air Attack and the Giro Aeon –the Synthe does this well.

The Giro Synthe MIPS utilises multiple vents (including mesh panels) along with internal channels to aid breathability and allow airflow over your head to help prevent overheating when riding hard and/or when the temperature rises. 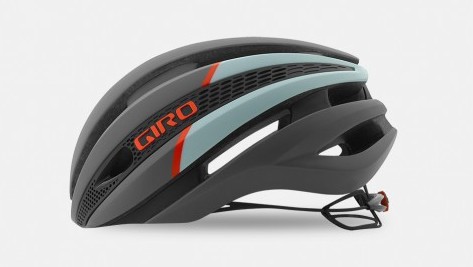 A nice touch which is becoming more popular in helmets are ports designed for stowing your sunnies. The Giro Synthe MIPS’ ports are well positioned, are easy to use and keep your glasses secure – bizarrely this is not the case for all helmets and some I have tested have the ports in the wrong position.

I am a long-time fan of Giro helmets and this has been primarily due to the high-quality retention system. The Roc Loc Air is the retention system which Giro’s competitors have been trying to match in terms of performance for some time.

The Roc Loc Air suspends the helmet slightly above your head to further improve ventilation. Getting a comfortable fit is straight-forward and using the dial at the rear of the helmet you can make adjustments on the fly using one hand. In short, impressive. 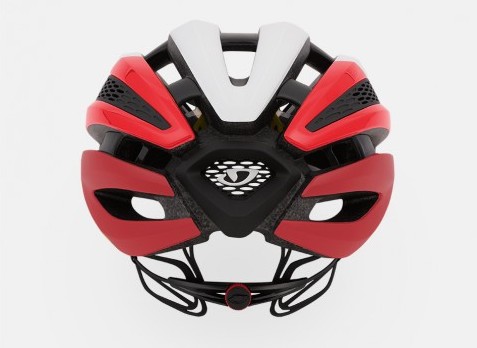 Two other features worth a mention are: Giro says the lid is ponytail compatible to accommodate those with longer hair; and, the straps and buckle combination is comfortable and clipping/unclipping isn’t problematic (I’ve found some buckles overly fiddly which can be a problem in T1 and T2 with cold hands).

From a triathlon perspective, the Giro Synthe MIPS may appeal to those looking for a high-end versatile helmet rather than a standard road helmet plus an aero/TT helmet or those that are taking part in longer distance races in hotter climates.

As a road helmet the Giro Synthe MIPS is hard to fault. A testament to how well it is regarded is that the Rapha Helmet is effectively a Synthe with Rapha stickers.

A top quality and versatile road helmet. However, costing north of £200, it isn’t cheap.