Chris Hovenden reviews the HUUB Albacore Trisuit which comes with the bold tag-line: “No more what ifs, nothing faster.” Can it live up to the bold claim?

On test with the HUUB Albacore Triathlon Suit

HUUB supports some of the biggest names in the triathlon world, such as the Brownlee brothers and Commonwealth Champion, Henri Schoeman. Starting off focusing on wetsuits, the Derby based company has gradually increased its apparel range and claims that its new Albacore Project is inspired by the drive to look for: “marginal gains, ways to boost your power and improve your speed.”

The Albacore trisuit is designed for short-course racing. It is sleeveless and has a rear zip to meet ITU rules for national teams and Age-Group championships – I’ll discuss the zip later. 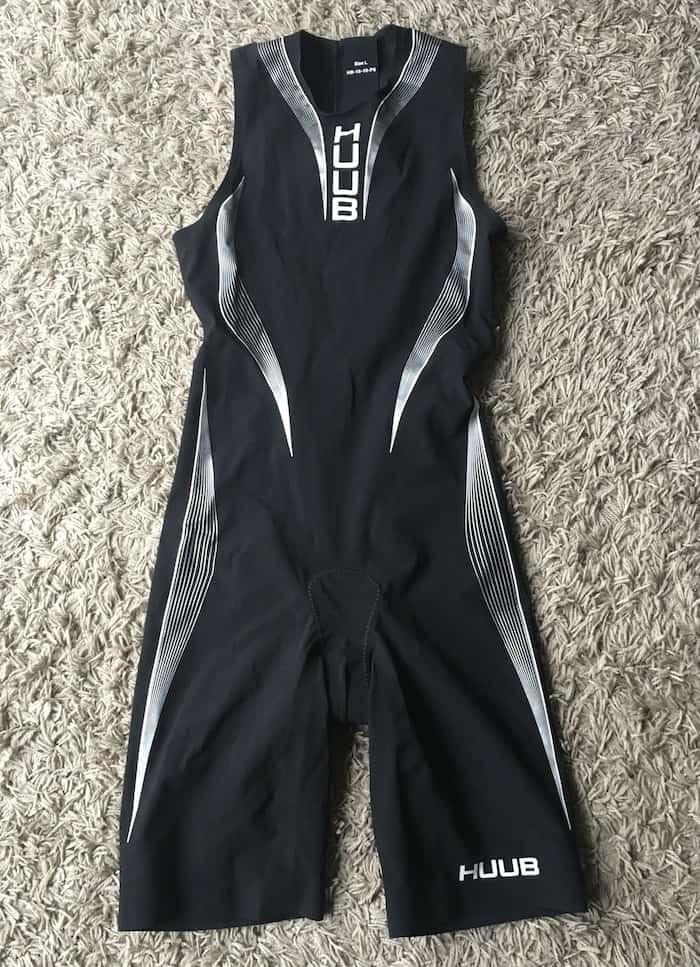 HUUB says the Albacore trisuit is the perfect blend of swimskin and trisuit – after wearing this suit in multiple races and training sessions, I have to agree.

When putting the suit on you’ll notice the tough, minimal stretch, elastic-like feel of the warp knit compressive fabric, but when on it doesn’t feel prohibitive, rather it is simply figure hugging.

When showering before getting into the pool you get a hint of how fast it might be – water beads on top of the water resistant material and runs down your torso. Also, the flat seams appear to further reduce drag in the pool.

HUUB says the trisuit benefits from its X-O skeleton for structure and swim efficiency. Although hard to quantify, the tight fit did feel like it helped me get a good position in the water.

In the pool, the combination of the Albacore and my recent swim training resulted in several PB’s – the suit is very fast.

On the bike I had concerns that the lack of silicone or rubber grippers on the cuffs would mean the legs would ride up (causing havoc with my tan-lines), however there wasn’t any noticeable movement. Further, although the suit doesn’t appear to be designed specifically to slip through the air (as some long-sleeved suits are with their dimpled arms etc.), the light compression offered by the suit means that there definitely isn’t any excess material flapping in the wind.

The light competition chamois provided adequate padding over 20k and 40/50k rides, whether on a road bike or in a more aggressive position on a TT bike, and importantly didn’t feel too bulky when running.

Out on the run the suit felt comfortable (save for a small amount of chaffing under my arm on a particularly hot day). I was able to stand up tall and run uninhibited.

The rear zip is clever. At first I questioned the lack of a cord, however with the zipper down the zip is locked and when the zipper is flipped up the zip is easily undone by just pulling at the shoulders – this was particularly appreciated during hotter races.

It is worth noting that the lack of a cord means you’ll need some help doing the suit up – from experience I suggest you make it clear to your helper that hey don’t need to yank the zip vigorously (one fellow competitor appeared to do his best to break the zipper). 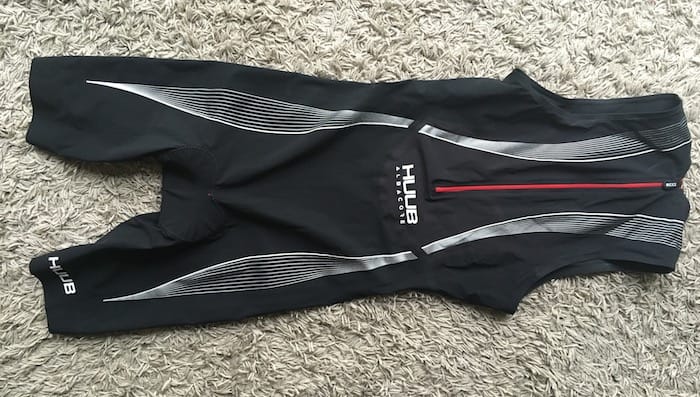 A result of the thicker fabric of the suit is that there are cooler suits available (on a few races there were multiple white salt lines visible), but are they as fast?

Regarding sizing, ideally you’d try before you buy. On the HUUB size chart I suited a Medium, but the correct size for me turned out to be the Large.

If contemplating buying the HUUB Albacore trisuit, the only real considerations are the price (£200 is a very big outlay for a trisuit), and whether you would get all the benefits from this very impressive suit – for example, how often do you race short-course events and how frequently are you racing in a non-wetsuit swim?

One of the best short-course focused trisuits we have tested, but you can’t ignore the sky high price. 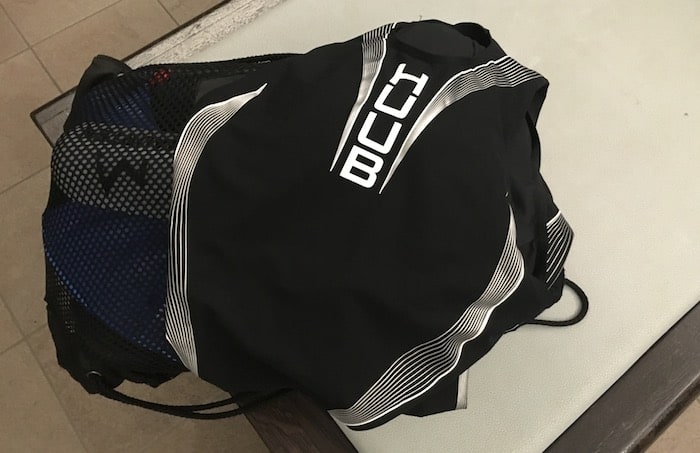