HUUB sponsors some of the world’s best triathletes. We put the popular HUUB Archimedes II to the test.

The HUUB Archimedes II in detail…

As its name suggests, the HUUB Archimedes II is the second iteration of the Derby based company’s Archimedes wetsuit (first released in 2012).

For the last few seasons, thanks to Ricard Varga, the Archimedes II has been at the front of the vast majority of ITU racing, but its real success has been its popularity with age-group racing at all levels.

HUUB’s original raison d’etre was: “to deliver the fastest wetsuit, with the feeling of not wearing a wetsuit.” Quite an aspiration. The Archimedes II aims to achieve this by packing a suit full of innovative tech.

HUUB says that to improve the flexibility in the shoulders and arms it reduced the thickness of the neoprene used for the side panels and around both the back and shoulders by 25%. 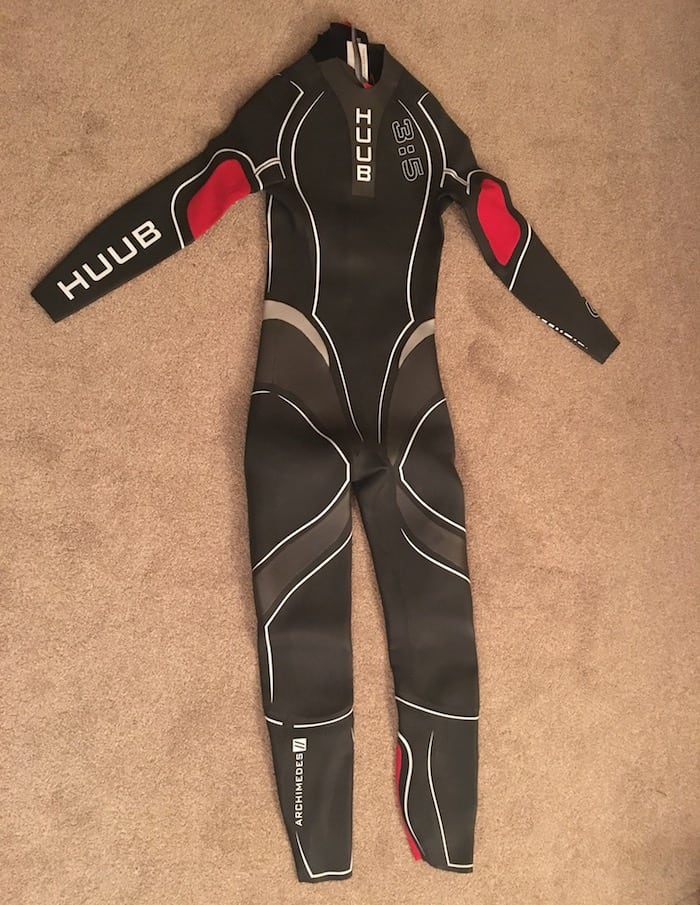 The cut of the neck is comfortable, high enough to control water ingress but not so high that it causes irritation or is overly restrictive.

I found the Archimedes II to be very supple around the shoulders and this was particularly noticeable after longer open water sessions where my arms continued to feel relatively fresh at stages when they often start to feel very fatigued in less flexible suits.

Unfortunately, although thinner neoprene means greater flexibility, it can also increase the likelihood of a snag/nick when putting on the suit if you’re not careful (see below).

You think HUUB and  – after thinking Brownlee – you think black suit with red biceps and calves (although limited edition suits are available with different colours). The theory behind both the Calf Release™ and the Bicep Release™ is to allow the muscles to be less inhibited/restricted to improve the efficiency in your kick as well as your arm recovery and catch phase.

It is hard to quantify the impact of the above, but I did notice, for example, that my calves felt less restricted and I didn’t experience any cramping (which I have done in some other suits).

The next piece of tech stuffed into the Archimedes II is what HUUB calls the X-O skeleton which is designed to improve control/body position to increase efficiency. I understand this to be in effect supporting your core muscles to reduce any snaking.

Although difficult to judge how effective this is, my body position felt good in the suit and my swim times were (for me) sharp.

The test suit was the 3:5 option. The idea here is that if you have a tendency for your legs to drop in the water the 5mm lower body materials (paired with the 3mm in the upper body) will help you keep a good body position in the water.

On reflection, I think I would have been better suited to a 4:4 suit (for those with a horizontal body position), and would suggest that to get the most benefit from your HUUB suit that you fully consider which option best matches your swimming position.

One of my favourite things about the HUUB Archimedes II is the exploding (‘breakaway’) zipper – a great piece of innovation which made for some quick transitions. In short, you do the zip up by pulling up from the small of your back; and, rather than pulling down like you might expect, you just tug the cord upwards and pull the suit off. 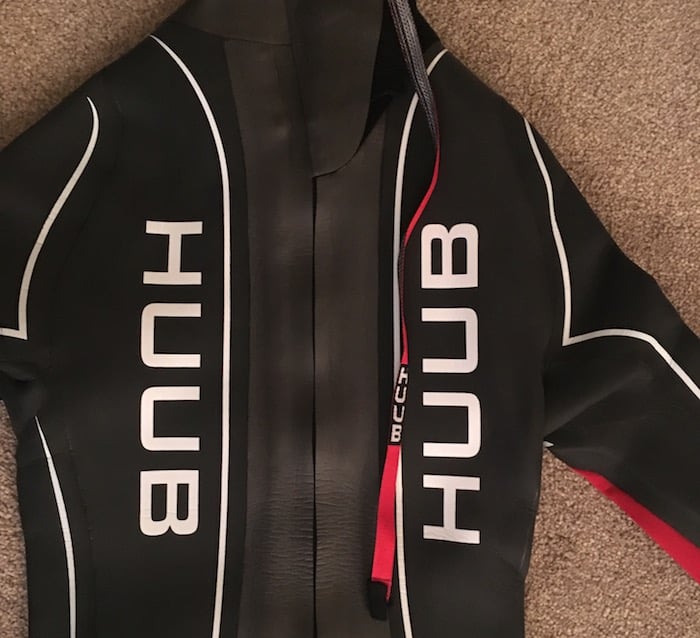 Some people are negative about this, but for me it has performed brilliantly – even on the one occasion that I pulled the cord too hard and it came off in my hand, the suit still came off without any hassle and I was able to reattach the zip without any lasting issues.

However, it is worth noting you’ll need a helping hand to zip the suit up.

When it comes to sizing you can’t beat trying on the suit. For example, being 187cm and 73kg HUUB’s size chart suggests the SMT suit (‘small/medium/tall’); however, having swam in the SMT I realised the tighter fitting ST (‘small/tall’) was a far better choice for me.

The only real question about the quality of the suit is durability. I bought my Archimedes II suit with my own cash and have been very impressed. However, I have had concerns about the long term durability of the suit; having said that I’ve not experienced any serious nicks to the suit and the only area of slight concern has been around where the red stretch material joins the neoprene.

A good repost to any concerns re durability is that HUUB offers a 12 month warranty on all of its suits and you can register your suit for an extra 6 months cover.

The Archimedes II may no longer be HUUB’s flagship wetsuit (the Albacore and the soon to be released Archimedes III take that honour), , . With the ‘III’ set to be launched soon, we’d also suggest this may well be a very good time to find this suit available well below the full RRP too. 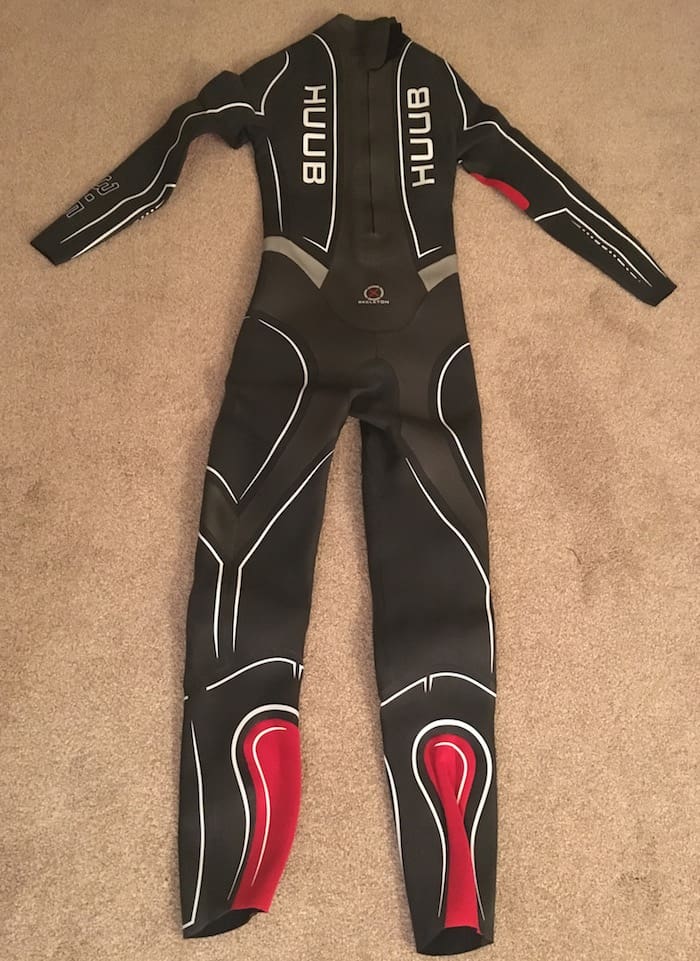