The newly launched 2018 Orca Alpha features a raft of technology to update what was already an very well loved wetsuit.

Here is more detailed look at the technology and structure of the new suit, which is priced at £549, from Orca.

The combination of innovative technologies, such as Yamamoto 0.88 neoprene on the arms and Yamamoto 44 on the shoulders, make the new Alpha the most elastic wetsuit on the market. In addition, its new FT1 technology on the knee panel offers unprecedented freedom of movement: with the new Alpha, you’ll fly through your longest transitions. As a new feature, this wetsuit includes a new reverse zip system that is shorter, does not limit your arm stroke and offers unprecedented flexibility. The perfect weapon for Natural Swimmers, those who come from a swimming background and who innately have a correct swimming technique, free of any serious flaws. Allowing you to concentrate on what really matters: swimming without limits. 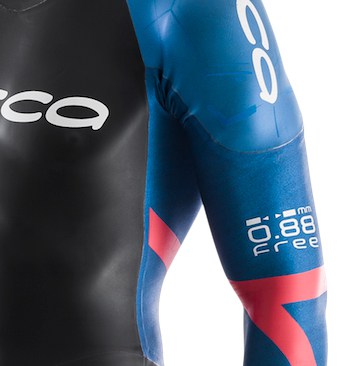 0.88 Free technology has been developed together with Yamamoto, exclusively for Orca, with the aim of producing the most elastic material available today. The thinnest wetsuit on the market, only 0.5 mm thick, it combines the best lining with a layer of titanium to provide better thermal insulation. 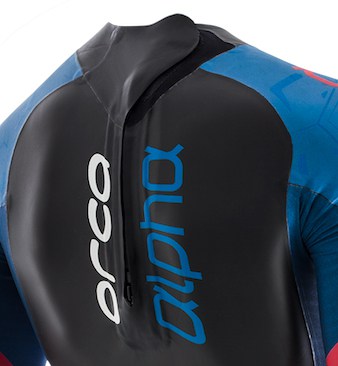 This material, exclusively from Orca, is Yamamoto’s most elastic version of wetsuits, with a thickness of 1.5 mm. The use of this flexible element makes it possible to use a shorter zip than is found on the rest of the wetsuits in the market. 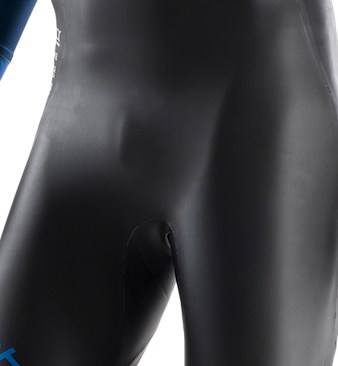 The wetsuit’s SCS treatment reduces friction while you swim and the HydroLite panels on the legs, along with FT1 technology, let you run with greater freedom. This new technology, exclusively from Orca, consists of ribbed neoprene. It is used for the lower joints to achieve maximum elasticity during the race.

Super Composite Skin (SCS) has become the benchmark for coating the smoothskin neoprene used in triathlon wetsuits, to reduce friction and increase speed through the water. Orca uses Yamamoto Corporation’s latest Nano SCS for an even lower drag co-efficient, ensuring the fastest swim possible. The underwater co-efficient of dynamic friction of the Nano SCS is 0.026 in comparison to 4.0 of regular neoprene.

Less friction = more speed! Transitions have never been so fast. 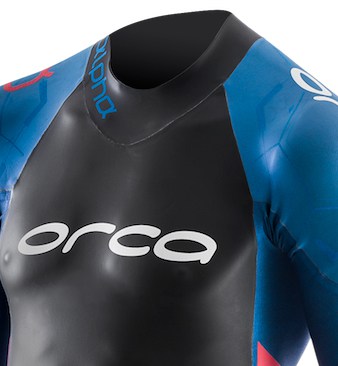 The new reverse zip prevents the zip from opening during the race. In addition, since the zip is shorter and smaller, it is less restrictive.

The combination of innovative technologies, such as Yamamoto 0.88 neoprene on the arms and Yamamoto 44 on the shoulders, make the new Alpha the most elastic wetsuit on the market.