If you’re friends with a successful Ironman athlete or two you may well have seen these. If so, wonder no longer, we’re here to tell you how they are made.

How are the IRONMAN World Championship medals made?

If your social media feeds are anything like mine (and you have a few fast friends or associates…), you’ve likely been seeing a few postings featuring stunning ocean views and, “just arrived in Kona, can’t wait to race!” type comments.

The IRONMAN World Championship is rapidly approaching – race day is Saturday 8th October 2016 – and for those of us in the U.K. at least, it means a very late night / early morning of tracking the top Pro’s and those we might be connected with. Sometimes, I think watching is tougher than racing.

For the vast majority, simply getting to Kona has probably involved years of sacrifice and dedication – which means that the finishers medal at the end of it will almost certainly take pride of place in that athletes collection. The medals are produced by Asworth Awards (www.ashworthawards.com), based in Massachusetts, and they have put together a short video feature on how the medals are produced.

Best wishes to everyone racing, and good luck in your quest to be wearing one of these shortly after you cross the finish line on Ali’i Drive. 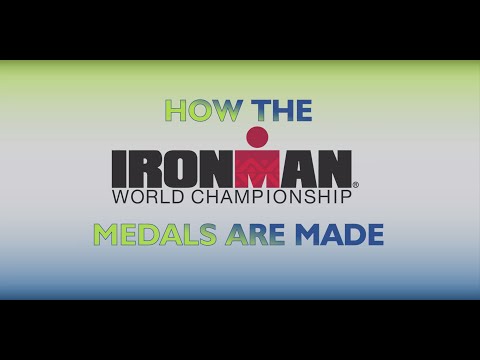