The fourth edition of the AJ Bell World Triathlon Leeds (www.leeds.triathlon.org) will take place this year over the weekend of 8-9 June 2019.

In addition to the the championship status, the race is also an Age-Group qualifier for the 2020 ITU Triathlon World Championships, which will be held in Edmonton, Canada. Details of the allocation of places and how to qualify and register for that can be found HERE.

Course details for the 2019 event have been confirmed today, which suggest that the successful set up and course of the past two years has been retained, with the event hub and swim/transition in Roundhay Park / finish line area in the heart of Leeds at Millennium Square.

“Participants have embraced the course on offer at the AJ Bell World Triathlon Leeds over the past two years, with a 75,000-strong crowd out in force cheering on friends, family and their Olympic heroes. Routes will remain untouched for 2019 to allow for another round of fantastic sporting displays, whether participants are going for gold, or making their multisport debut.”

The route starts with a one-lap swim in Waterloo Lake, Roundhay Park, before a two-lap, closed roads bike route will see athletes ride out towards Headingley; past Mansion House and through Meanwood, before turning back and returning to the transition hub and completing a second lap to return to transition in Roundhay park. From there, the run is a point-to-point (net downhill) 10km run, finishing up on the blue carpet in Millennium Square. 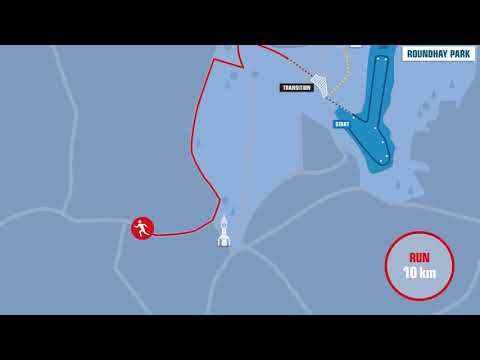