Headlines from the World Duathlon championships are two Bronze in the Elite race (Mark Buckingham and Emma Pallant), In the U23 category Richard Allen took the Gold while Georgina Schwiening picked up Silver and there was Gold for Cameron Richardson in the Junior category too.

Kicking off the week-long event of Multisport racing, the 2017 Penticton ITU Duathlon World Championships crowned the first set of world titles as Australia’s Felicity Sheedy-Ryan and France’s Benoit Nicolas claimed victory. While Sheedy-Ryan collected the women’s title and Nicolas seized the title for the men, the wins from both elites brought them back to the top of the Duathlon World Champ podium as Sheedy-Ryan earned the title in 2012 and Nicolas in 2014.

Joining Sheedy-Ryan on the women’s podium was Spaniard Margarita Garcia Carcia Cañellas who earned the silver and Emma Pallant (GBR) who claimed bronze. While on the men’s side, following behind Nicolas was Emilio Martin (ESP) who took second and Mark Buckingham of Great Britain who finished the podium off in third.

Women’s Recap
A small women’s field lined up to race the Duathlon course first, alongside the U23 field. Starting out with a 10 kilometre run, the leaders of the pack quickly revealed themselves as a small cluster of four women forged. Pallant, the reigning duathlon world champion from 2016 was among the leaders along with Sheedy-Ryan, Sandrina Illes (SUI) and Sara Dossena (ITA).

Once onto her wheels, Sheedy-Ryan lost no time and quickly broke away from the field and decided to continue as a solo rider. With such a steep hill mixed into the bike laps, she increased her marginal gap one by one.

The chase then saw a change of lineup. Dossena pulled out of the race due to mechanical issues, which left Pallant, who was joined again by Spaniard Garcia.

Once Sheedy-Ryan entered the second transition to start out on the remaining 5 kilometre run leg, her gold was completely untouchable. Her built up lead stuck through to the end and she drove home to claim the win. The Duathlon World Title then tallied a gold for the second time, as she also earned the honour for the first time in 2012. 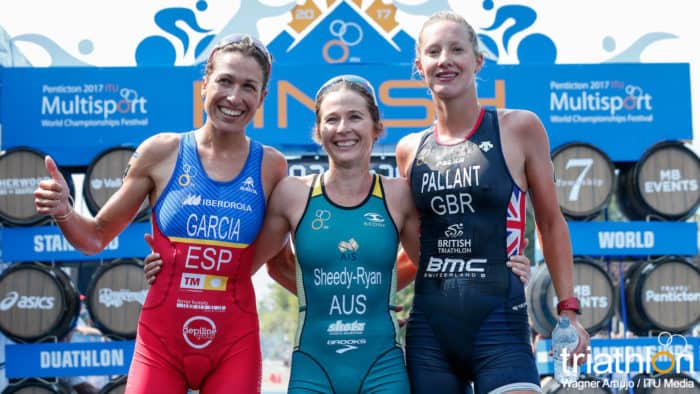 Sheedy-Ryan said of her victory, “Yeah it feels awesome. I mean obviously coming into this race, that was a goal of mine and I knew there were some strong girls out there today, but when I went over the course yesterday I saw how hard it was and I thought it would probably help and work to my strengths a little bit. I wasn’t relaxed until the last couple hundred metres, because anything can happen but I am absolutely happy to take home a second title.”

It was Garcia who came in to the finish line to take the silver, followed by Pallant who finished off the podium with third.

The men’s field saw a return of past duathlon champions, making the field tough before the race even started.

The first 10 kilometre did not manage to string out the men as much as expected. A group of about 18 men only dwindled down to about 13 after the first two laps. While Great Britain’s Mark Buckingham attempted to breakaway on lap three along with young compatriot Richard Allen, they were unsuccessful and caught upon entering T2.

Trying to use the large hill to his advantage, Buckingham one again went for the breakaway. The first half of the bike, Buckingham saw his energy fade after he put himself up for a solo bike ride. Upon the latter part of the course, a chase group of ten men including Benoit, Martin, Adrien Brifford (SUI), Jan Petralia (BEL), Stefan Daniel (CAN) and Allen had closed the gap.

Although Petralia took a turn out in front in an attempt breakaway, he too was caught and put back into the mix.

It wasn’t until the bell lap that the breakaway that would change the field of play was put into effect. Martin and Benoit rode off as a leading duo and entered that way in transition.

However, it was in the second transition where both Martin and Benoit where given 15-second penalties for not racking their bikes correctly, which meant both would have to find the time to stop their momentum in only a two-lap five kilometre run.

Nicolas proved to have the stronger legs of the day as he earned the early lead. While he chose to take his time penalty during the second lap, he had created enough of a lead that it didn’t matter. He then was free to enter the finish chute and seize the finisher’s tape. His victory would be a second World honour for the Frenchman, as he also was named Duathlon World Champion in 2014. 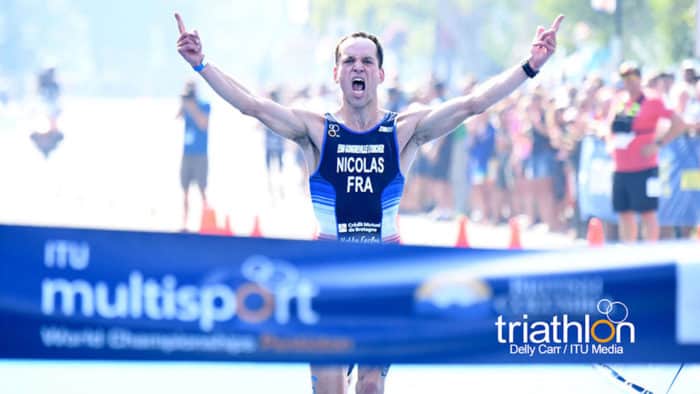 Taking the silver was Martin, who also served his penalty on the second lap, but he too had enough of a lead of the bronze that he could collect second place with ease. Third place then went to Buckingham, who finished off the podium, tallying another bronze for the Brit as he also earned third at the Duathlon World Championship in 2015.

U23
The women’s U23 podium saw a podium made of the only three women who finished the race as three women were given a DNF. France’s Lucie Picard earned the gold, while silver went to Georgina Schwiening (GBR) and bronze to Sayu Arizonoof Japan. 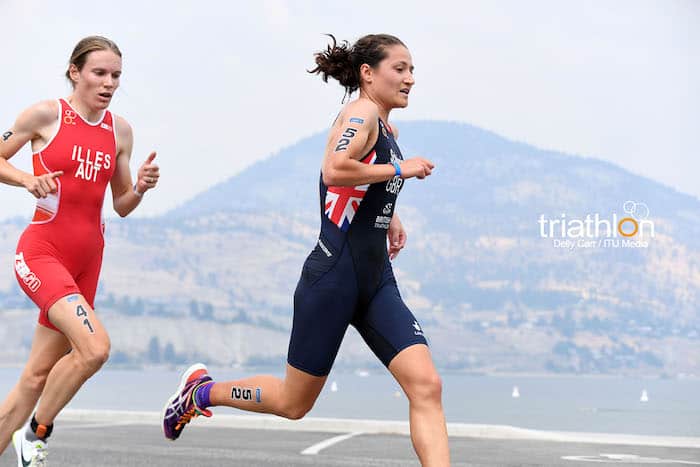 In the men’s race a strong group of men fought even among the elites. Great Britain’s Richard Allen walked away with the win, while silver went to Javier Martin Morales (ESP) and bronze to Adrien Brifford (SUI). 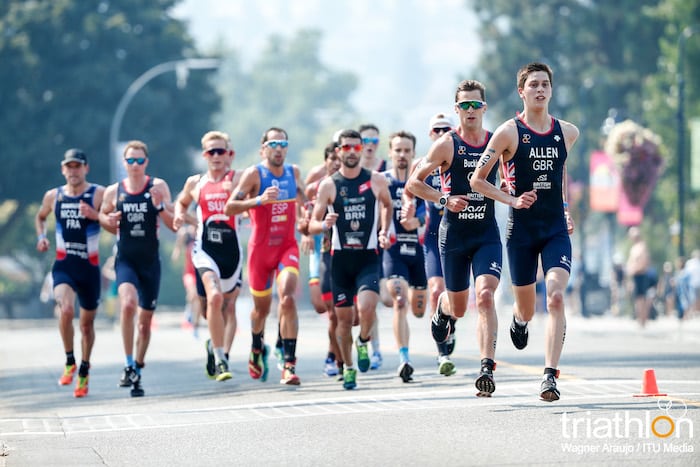 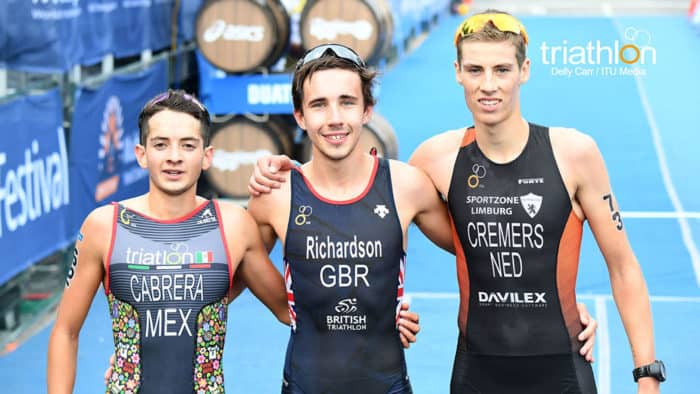 The women’s junior podium then was Delia Sclabas (SUI), who earned the Junior World Title for the second year in a row. Silver went to Desirae Ridenour (CAN) and bronze was earned by Itzel Arroyo Aquino (MEX).