Alistair Brownlee on the SCOTT Plasma: how does he look?

It is new bikes all round for the Brownlee brothers – but how does Alistair’s bike fit look on his new SCOTT Plasma. We thought we’d take an initial look.

Let the games begin. With the news that the Brownlee brothers will now be riding SCOTT bikes for the next four years, we thought we’d have a first glance look at Alistair Brownlee on his new SCOTT Plasma TT/Tri bike. Why not, many a triathlon forum will likely be doing much the same any time now…

While we won’t see Alistair in racing action on his new bike until tomorrow in Gran Canaria – where he begins his middle distance racing career – the team at SCOTT have provided to us an extensive selection of images not just of the bike, but of Alistair (Plasma) and Jonathan (Foil), riding their new machines around their local Yorkshire routes. That gives us a first chance opportunity to consider, how does Alistair’s position look on his new SCOTT Plasma TT bike?

For an initial stab, we asked Richard Melik, owner of London-based bike fitting company Freespeed (www.freespeed.co.uk) to cast his experienced eyes over these images, and let us have his initial thoughts. We’ll get a chance to see tomorrow if his race position is in line with these PR images.

Speaking to SCOTT, Alistair is currently set up in “almost the same as on his Boardman bike”, also adding “I think we will do some testing with him later in the year”.

With that background, over to Richard Melik…

I have used the following image for my comments, I cropped and rotated it to get a better sense of the position. My thoughts are as follows: 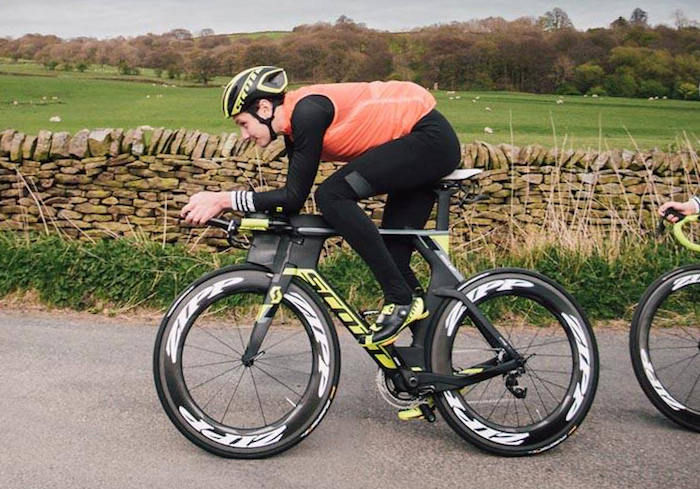 The position looks to be a very good start for Alistair, the bike fits him well and he has achieved a good, low position on it and looks neither stretched out or overly compact. If I were to improve it based on what we are seeing from this photo (which is always speculative without more context), I would suggest the following:

Fit aside, he certainly looks fast and the bike is a well considered design, an excellent combination of aerodynamics, speed and integration.

More images of Alistair in training on his new SCOTT Plasma 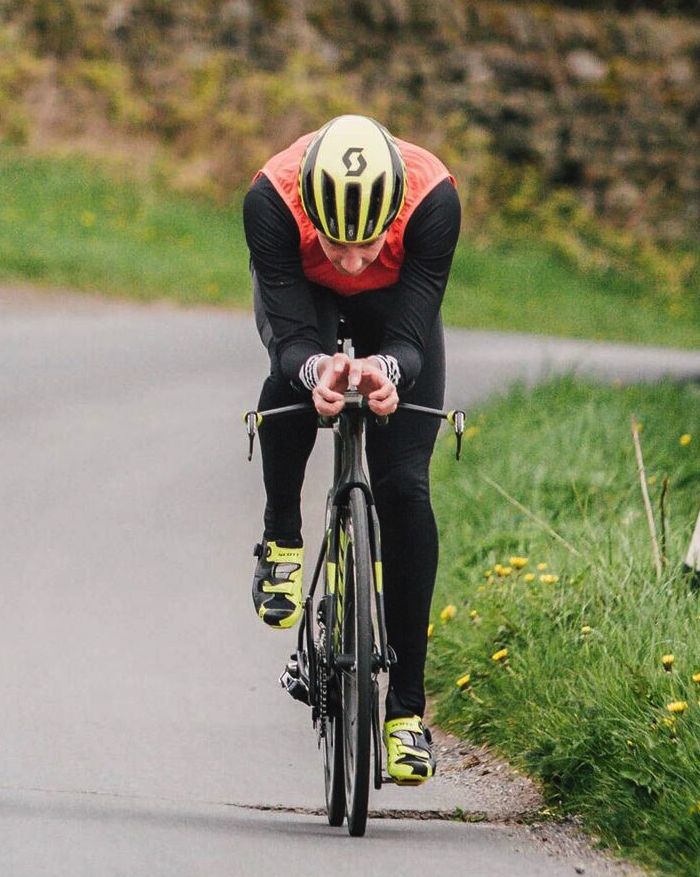 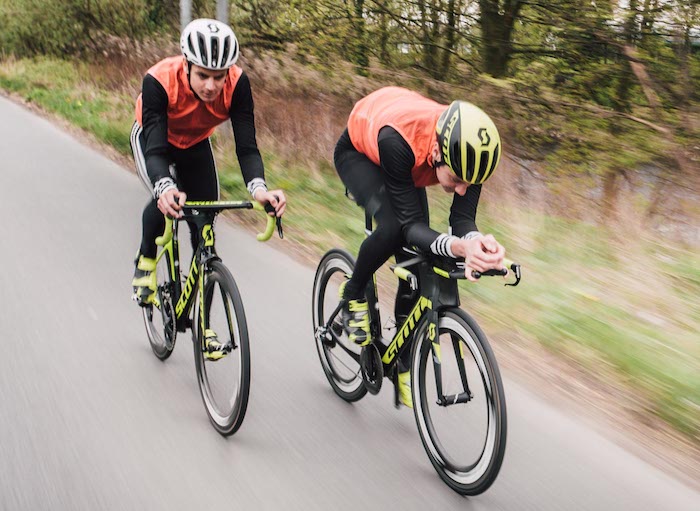 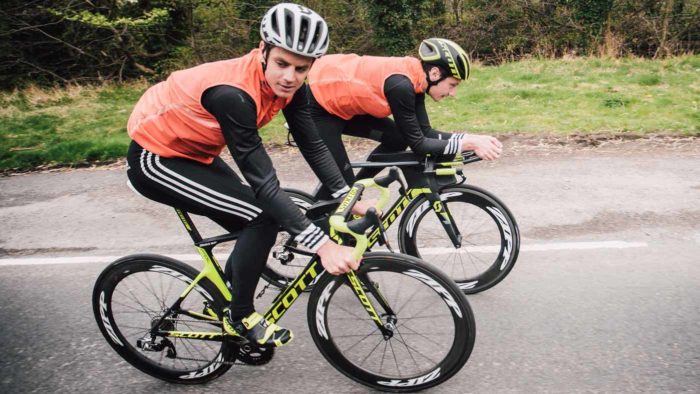 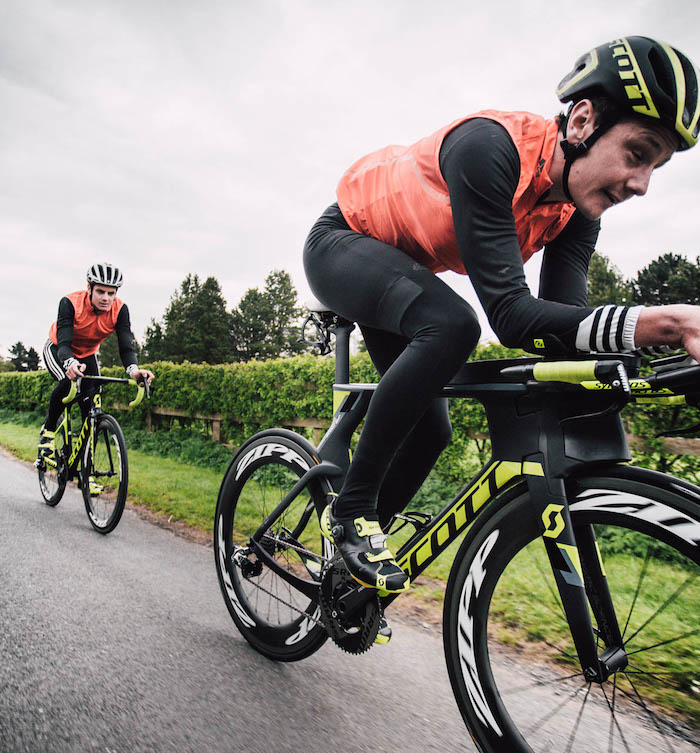 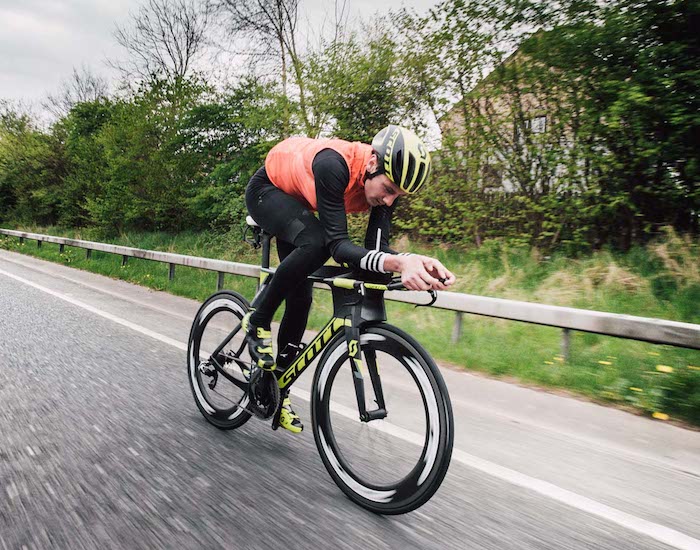 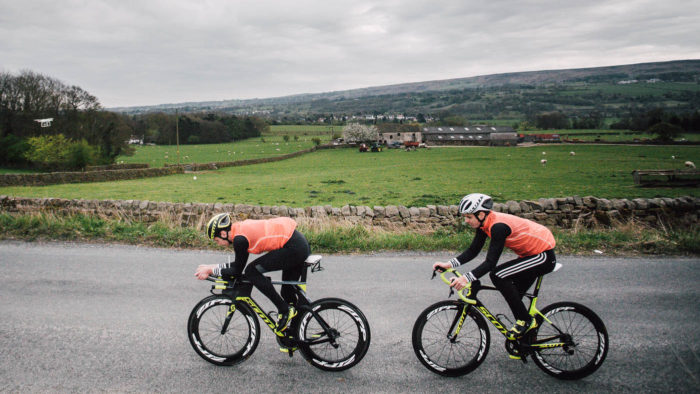