World Champion and Olympic Silver medallist, Emma Pooley, seeks to add another Powerman championship title to her impressive C.V. in Germany this weekend

Can the three-time ITU Powerman World Champion add the European Championship on Sunday?

With an Olympic Silver and World Championship Gold medal on her extensive C.V. from professional cycling, Great Britain’s Emma Pooley has already cemented her status in the history books.

Returning to her multisport roots in 2014, Emma has since won three back-to-back titles at the infamous Powerman Zofingen in Switzerland, which hosts the ITU World Long Distance Duathlon Championship. After a brief return to cycling in 2016 to compete at Rio 2016, Pooley is now racing a range of events in triathlon, duathlon and running – usually with as many hills as possible! 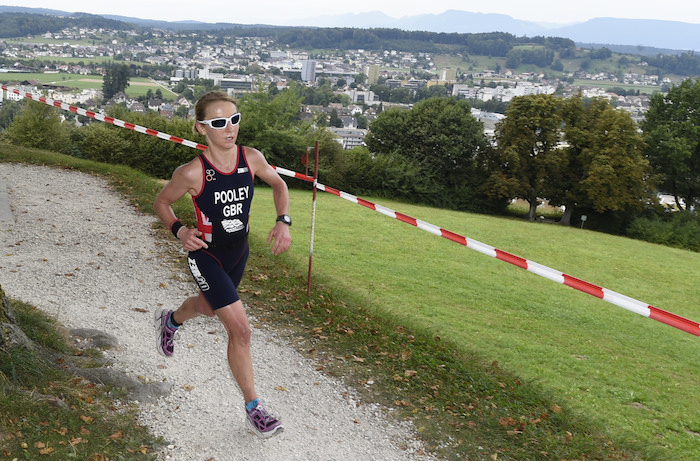 Emma will put that perfect record in an Elite GB Trisuit on the line this weekend, when she races in Sankt Wendel, Germany, at the ETU Middle Distance Duathlon European Championships.

The 10km / 60km / 10km (non-drafting) format is considerably shorter than the Zofingen monster (10km / 150km / 30km), but she will be up against Nina Brenn (SUI), who took the Silver medal in Zofingen last year. Brenn was the 2016 winner over the distance in Copenhagen, Denmark.