Alex Yee started the run in 35th place and almost four minutes behind Reid, and produced the fastest run of the day (30:01) to move up 25 position to tenth, but that still left him over a minute away from the podium at the finish.

Reid crowned U23 World Champion after summoning up an almighty finish

New Zealand’s Tayler Reid became the 2018 ITU U23 World Champion on Friday afternoon in the Gold Coast sunshine, conjuring up a brave finale having been side-by-side with Britain’s Samuel Dickinson and France’s Leo Bergere for the majority of the 10km run. Reid had been among the leaders from the first strokes of the swim but had to work hard with the attentions of a strong field ever present, only to pull away with 2km to go and never looked back.

With Dickinson holding on for silver, an astounding final push from Hungary’s Bence Bicsak saw him over the line in third ahead of Bergere.

“I can’t even believe it. I’ve never felt something so good, this is what I have wanted,” said a delighted Reid. “I have wanted to be world champion for ten years but never been close. Today it all came together, it was great. I saw my family all come around on every lap and I just felt good and I thought I am going to go for it now, full gas, full gas to the finish.” 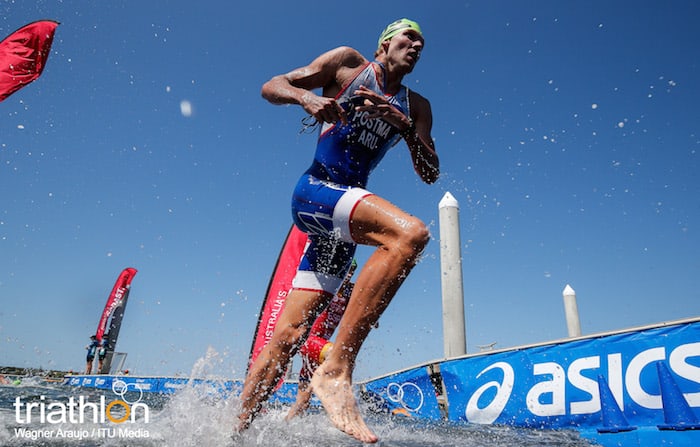 At the end of the two-lap, 1.5km swim, it was the USA’s Alec Wilimovsky who was first out of the water, Reid right with him and Mark Devay (HUN) a few seconds back. By the time the athletes came out of transition, the New Zealander was out front, but was joined quickly as an organised group of eleven worked efficiently to build up a lead.

That was the way much of the 40km ride played out, the leaders’ advantage growing gently with each passing lap while the two chase groups drew closer, Hungarian Bicsak driving the first 80 seconds back and Britain’s Alex Yee the third, a further 100 seconds and three minutes off the leaders.

By the time the front runners came into T2, the lead was a solid 92 seconds, the likes of Norway’s Jorgen Gundersen, Japan’s Ryousuke Maeda and Dickinson all spying their opportunity for a podium place. 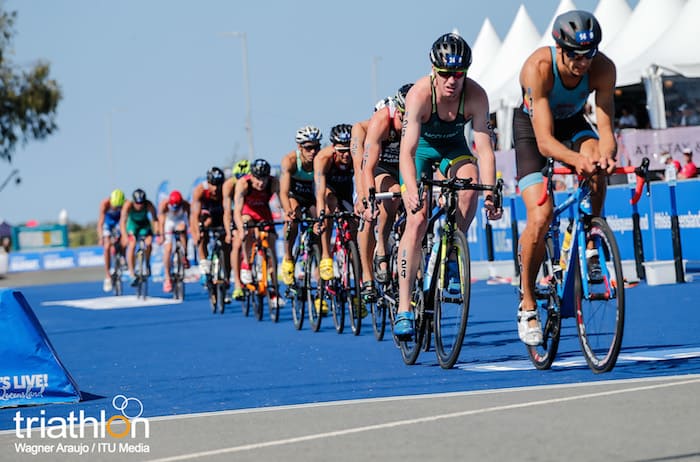 Like the bike, the run settled into a pattern early on. Reid, Dickinson and Bergere were shoulder to shoulder as they broke away, seemingly tapping into each other’s energy reserves such was their proximity. Gundersen was eight seconds back after the first lap, while further behind, Bicsak was beginning to power through the field, as was Yee. 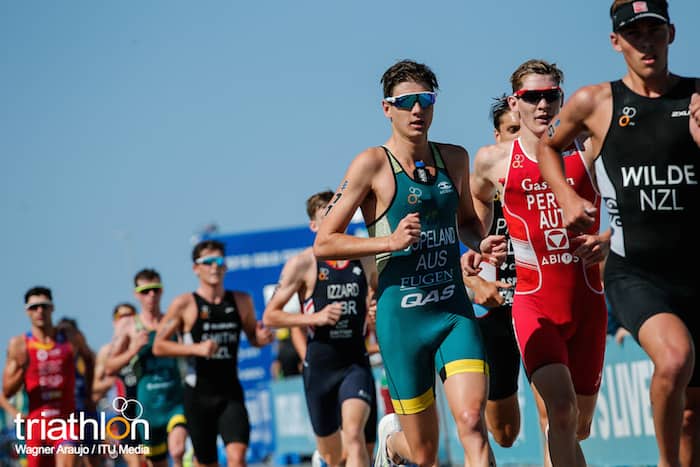 At the bell, it still looked like nothing could touch the front three, Gundersen held 4th and Bicsak was still 32 seconds off the leaders, but the drama all unfolded over the last 2.5km.

First of all Reid made a brave early move, not wanting to risk a fight down the chute. Bergere tried to react but Reid stood firm and pulled away, leaving Bergere and Dickinson to battle second and third. The Brit’s legs went with 1km to go and it looked like he might falter, only to find another gear and push on. All the while, Bicsak was closing in on Bergere, finally passing him in front of the grandstand and powering over the line in delight. 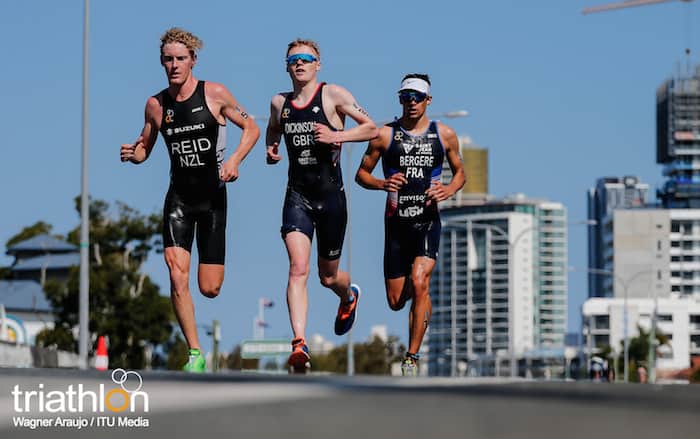 “I centred myself and the gamble paid off. I didn’t want it to come down to the last bit, I wanted to try and seal the deal and it just happened. I am so stoked,” added Reid as his family celebrated with him. “It was important to make the move when I did. There was great work from Leo (Bergere) and Sam (Dickinson) so I was definitely fearing them coming back at me. Credit to the boys they made it really hard out there.”

Second-placed Dickinson was physically and emotionally spent as he crossed the line, but delighted with second, saying; “It is definitely up there as one of the hardest races I have done. I tried to kick with Tayler but I was already on the limit, if I am being honest with you. From there I knew it would be a foot race with Bergere. To come away with a silver medal is a really good result but obviously congratulations to Tayler who was the faster man on the day and had a really gutsy run to finish off. Leo also pushed me all the way and a big shout out to the other two Brits in the race who were phenomenal. We all like to race for the flag when we hit the start line so I am really super proud to do it for GB.”

Bicsak was equally thrilled with third, saying; “It was unbelievable. I had a terrible swim, it was a crazy day in the water for me. I was in the second group on the bike and I tried to work very hard not to let the first group get too far ahead. Before I started running I wasn’t thinking I could make the podium – it was more than one-and-a-half minutes away. It is unbelievable that I got the podium finish.” 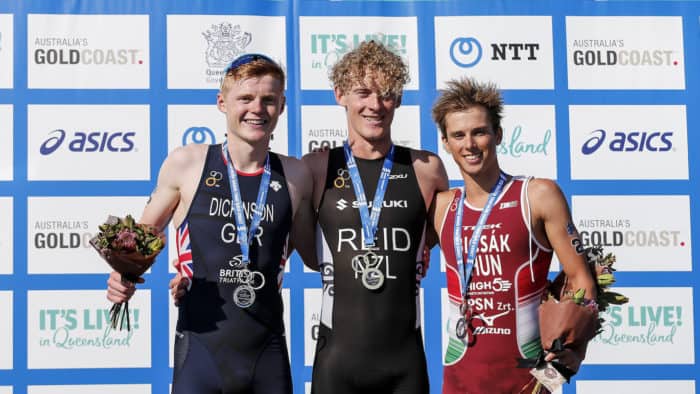