You can’t control the weather…

Any race organiser will tell you that one of the biggest impacts on an event that they have absolutely no control over is the weather. Bad conditions can totally destroy the best laid plans, while often good weather can paper over the cracks as athletes and staff are typically in a much more forgiving mood. It’s much easier to be happy when it’s sunny!

The weather today though on the island of Elba in Tuscany, Italy, took the 2017 Elbaman Triathlon (www.elbaman.it) out of the control of the organisers and, quite rightly, to the cancellation of the full and half distance races.

…but then this happened. Great Britain’s Michelle Parsons – who has raced on won at this event several times – reported:

Elbaman race cancelled after the swim. Major thunderstorms and lightening in a very choppy swim. 50mm of rain in ten mins which meant that the roads were a stream and the mountains were dangerous.

I think the pictures confirm that this was 100% the correct decision: 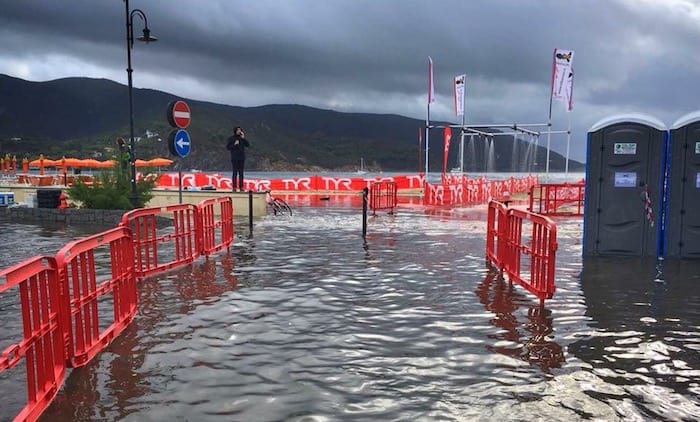 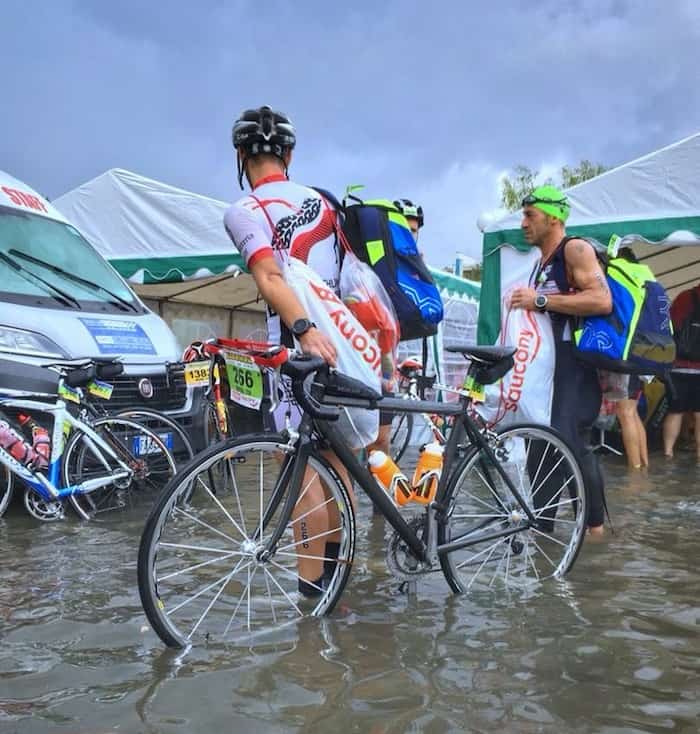