It has been a part of UK triathlon history for more than 10 years – but IRONMAN have confirmed today that 2017 will be the final running of IRONMAN 70.3 UK, Exmoor in Wimbleball.

The ‘history’ part is true… when IRONMAN launched the re-branding of half-ironman to IRONMAN 70.3 in 2005, the first event run under the new umbrella was ‘IRONMAN 70.3 UK’ that year (at Longleat, 2005), before the event switched to Wimbleball from 2006. The first IRONMAN 70.3 World Championship followed in 2006.

Kevin Stewart, IRONMAN EMEA Regional Director, commented: “IRONMAN 70.3 UK Exmoor has been an integral part of the development of IRONMAN over the last decade. Athletes have loved its unique event setting, however its remote location has brought about recent logistical challenges. We have therefore made the decision to make 2017 the last year to stage and celebrate this historic IRONMAN 70.3 UK event. We encourage and welcome everyone who wants to be part of its history to join us in Wimbleball on 25th June.”

Whoever thought that ‘70.3’ branding would work? We were not convinced a decade ago… but had to admit we were wrong!

That first Wimbleball race was won by multiple World Champions, Chris McCormack and Catriona Morrison, Chris later describing the event as “the toughest 70.3 in the world”.

If you want to race in the final event on Sunday 25th June 2017, entries are available HERE. 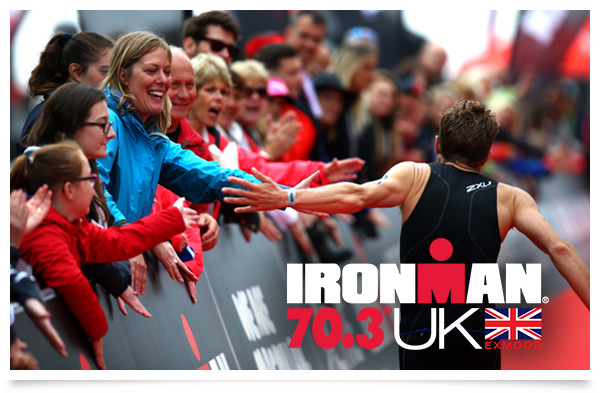