The Duracell Bunny tries something new – and loves it

Lucy Gossage and the ÖTILLÖ Swimrun Isles of Scilly

2019 has been a year of transition for Lucy Gossage. With 13 iron-distance victories on her C.V., the oncology doctor (and newly qualifies Consultant) returned to work at the end of 2018, a career she is equally as passionate about as her Pro sporting endeavours over the past decade.

While her goals have changed, being active, training and taking part in sporting endurance challenges remains a key part of her life. Chasing qualifying points and prize money may no longer be a target, but seeking ‘experiences’ most certainly is. She’ll be racing the Norseman Xtreme Triathlon in August as part of that.

Something very new recently was a debut at the sport of swimrun, the growing discipline of multisport which took her to the ÖTILLÖ Swimrun Isles of Scilly (website).

This is her experience of the weekend that “…will be the reason I keep on swimming.”

Before I started triathlon I loved swimming. Not training swimming, but swimming for the joy of it. One holiday in the Maldives I swam breaststroke around the island we were staying on every day (this was probably only 1500m). However, as I started to get better at triathlon I lost this love. I became overcome with trying to get quicker and increasingly frustrated that I couldn’t. I became so obsessed with times and splits that I stopped enjoying the process and swimming soon became something I had to do rather than something I chose to do. Funnily enough, it’s only since going back to work, that I’ve started to enjoy it again. I’m at peace with how I swim. I don’t worry about splits and I just accept, that I enjoy the process as long as I don’t look at the clock. For me, nothing sets up a day at work better than a swim.

Last weekend I raced my first swimrun race (race(s) as it turns out, as I ended up doing the ‘sprint’ on the Saturday as well as the main race on the Sunday), in the Scilly Isles. I think I’ve found a way to take my swimming back to its roots. 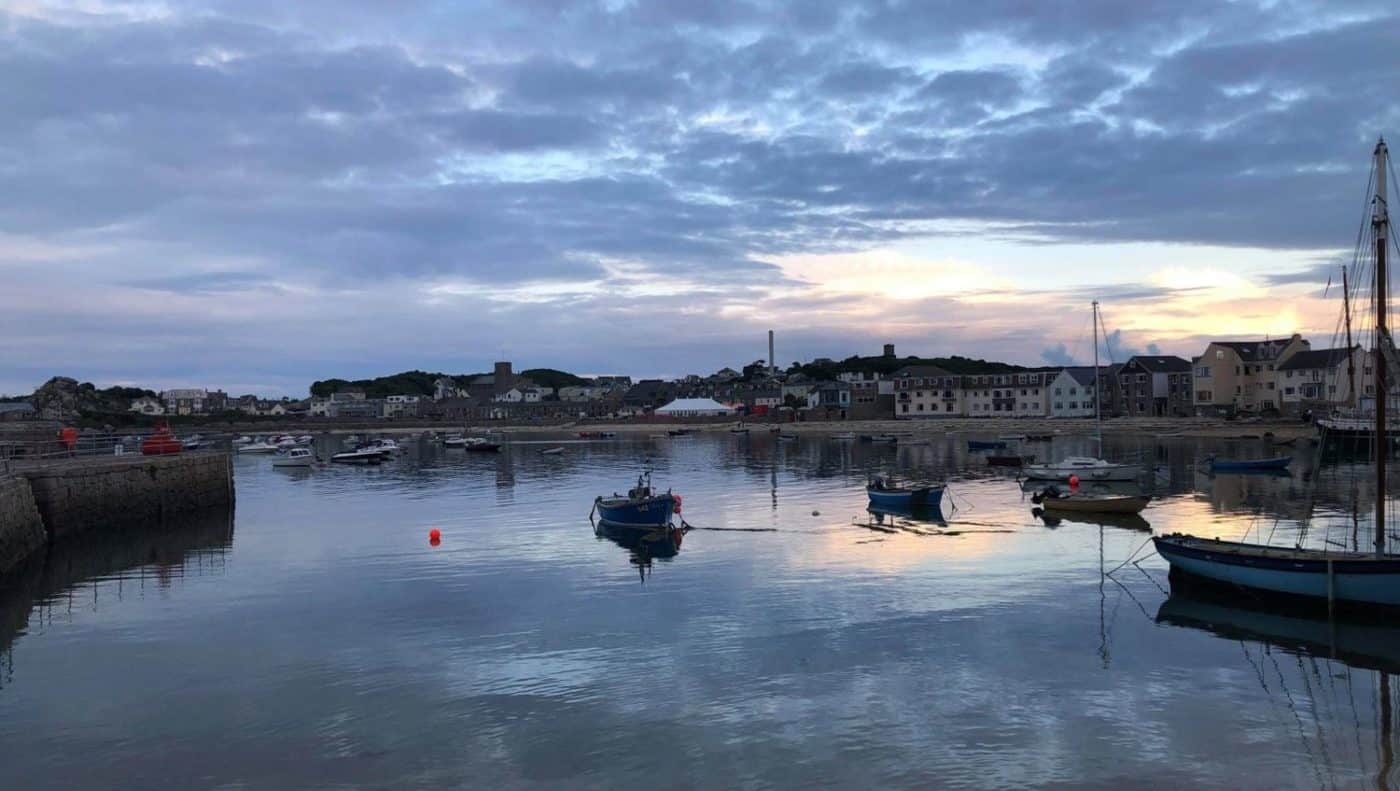 Swimrun has to be one of the most crazy, yet most fun, sports I’ve tried yet. It is what it says on the tin. Swim. Run. Swim. Run. Swim. Run. Repeat. There are very few rules. You can swim with fins, paddles, pull-buoy or gloves. You can run barefoot or in shoes. The caveat is that whatever you swim with you have to run with and vice versa. For the main event you race in a pair, mixed or same sex. The more competitive teams (this doesn’t include me – yet!), tie themselves together so the stronger swimmer can tow the weaker on the swim, and the opposite on the run. There are pictures of big guys literally hauling petite girls up the hills! Nearly all the races are in unique locations with virtually all the running on the trails and rocky climbs in and out of the sea or lakes. And unlike most triathlons the swims are much less structured. If you’re lucky there might be a buoy 1km into the 2km stretch of water but more often than not you just have to head for the beach until you’re close enough to see the yellow flag as you get in. 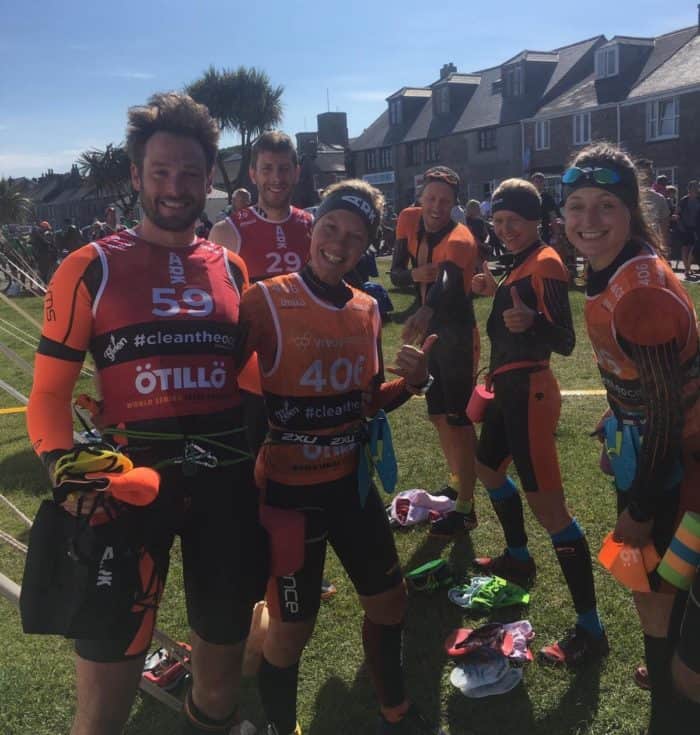 The races in the Scilly Isles were simply stunning. I decided last minute to do the ‘sprint’ on the Saturday knowing that I would otherwise go for a swim and run on my own and the race sounded far more fun; 13km of running and 3.5km of swimming in 9 runs and 8 swims. Every Thursday I cover that distance before work. How hard could it be? 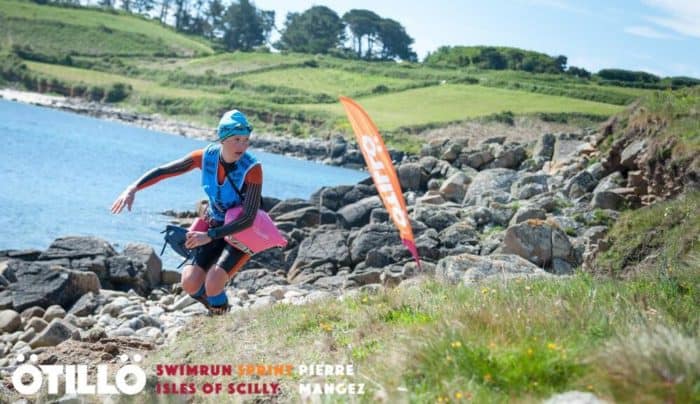 Well I soon realised this was going to be different to my regular swim-run commute. Firstly, running in a wetsuit is surprisingly hard work, particularly with a pull-buoy strapped to your leg, paddles on your hands and a safety buoy bouncing around behind you (especially if, like mine did, it filled up with water every swim creating a 5kg drag weight!). Secondly the running is up and down on stunning trails and in the sea you’re battling cold water and at times strong currents. And finally, I hadn’t factored in that getting in and out of the water on rocks is far more tiring than pushing off a wall in a pool. 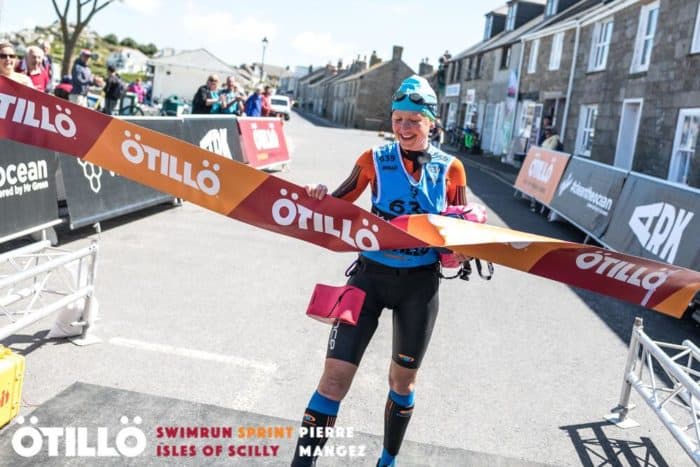 The transition parts of the race were definitely not my forte, and any of you who follow me on social media may have seen my first comedy entrance when I face-planted into the sea and then swam off with my pull-buoy still strapped to the side of my right leg! And this was on a relatively easy beach entrance….

However, all-in-all I had an amazing two and a half hours, learnt lots about how to improve my kit selection (if you use paddles, make sure you can slide them on and off easily), and only fell over once. 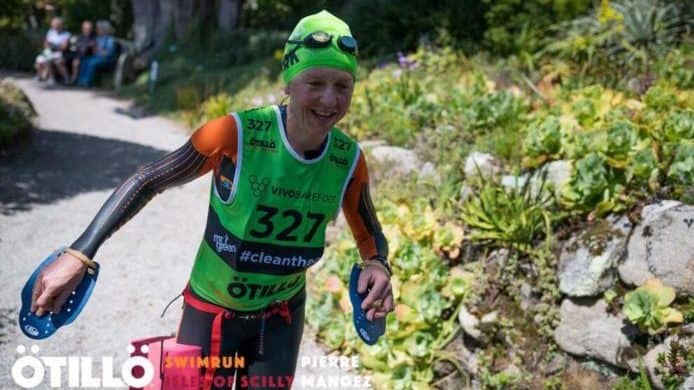 The next day was the big one; 30km of running, 8km of swimming with 9 swims and 9 runs. When they say you swim and run around the Scilly isles you actually do, swimming to six different islands. I was racing this in a team with Laurence, my old housemate from university. We hadn’t seen each other in two years, let alone practiced together, so it was a great way to catch up. 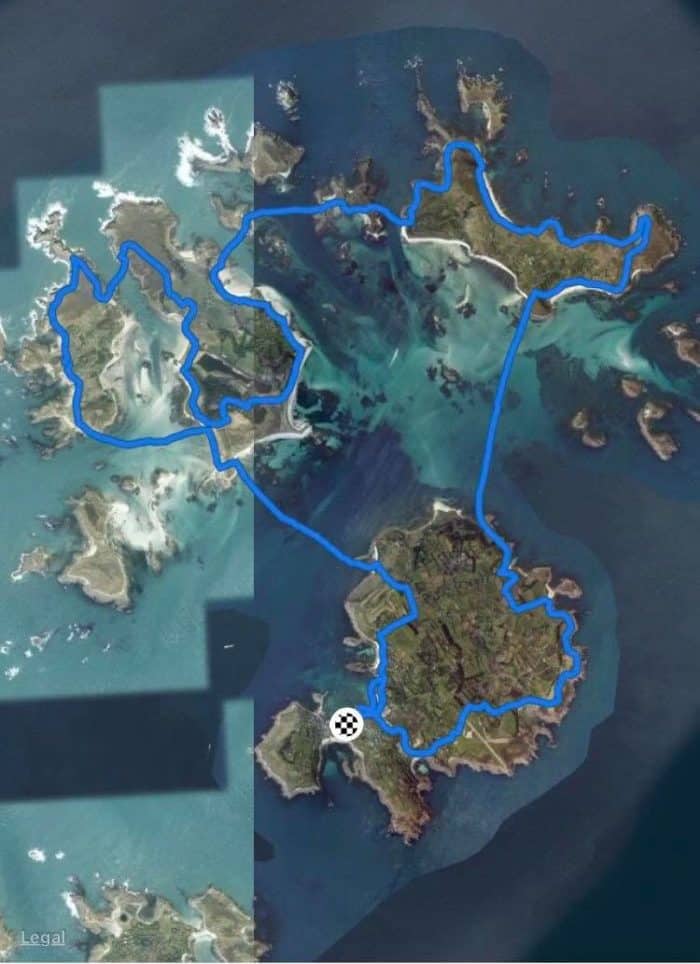 Quite honestly, this was one of the most amazing experiences I’ve had in multi-sport. The runs were nearly all on trails, some fairly technical. The water was perfectly clear and while cold (just under 14ºc I think), it was just about manageable though everybody was pretty freezing at the end of the longer swims. 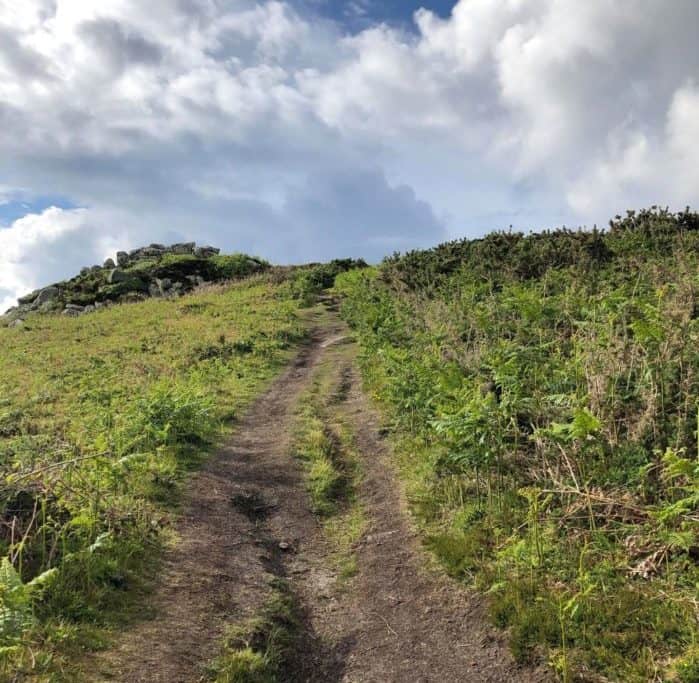 The hardest bit for me was the second swim. You have a short run, then a 2km swim, then a 1km run and then a 1km swim, by the end of which Laurence and I were properly cold, particularly having spent a few minutes floating around trying to work out what we were aiming for. It’s an odd experience; when you’re swimming you’re too cold and looking forward to warming up on the run and when you’re running you’re too hot and looking forward to cooling down on the swim. But the variety makes the race fly by and from a muscle damage point of view the regular ice baths in the sea certainly reduce any trauma from the trail running. 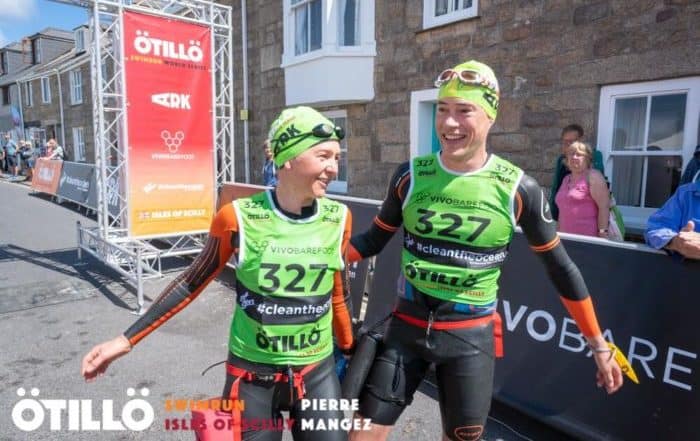 For me, it was a unique experience to be part of a race without worrying too much about racing it. I could embrace everything about the day without stressing about losing time with x and y. Having said that, I’m not going to lie – when we caught Tom and his partner Rich just before the last long swim the competitive part of my brain did switch on though sadly they pipped us to the post in the end! 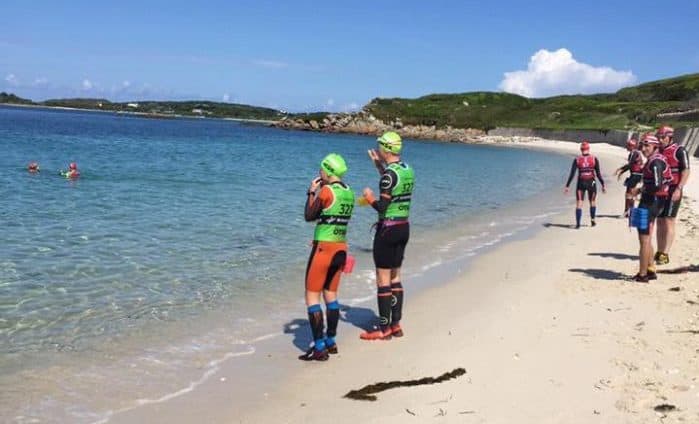 So far in 2019 I’ve tried three things I’ve never done before and have absolutely loved the challenges of all of them. Solo cycle touring in Thailand and Peru. Cross-country skiing. And now a swimrun. I have no doubt that last weekend will be the reason I keep on swimming. Probably without a watch, content with the pace I have, swimming for the joy of it, just as I used to. 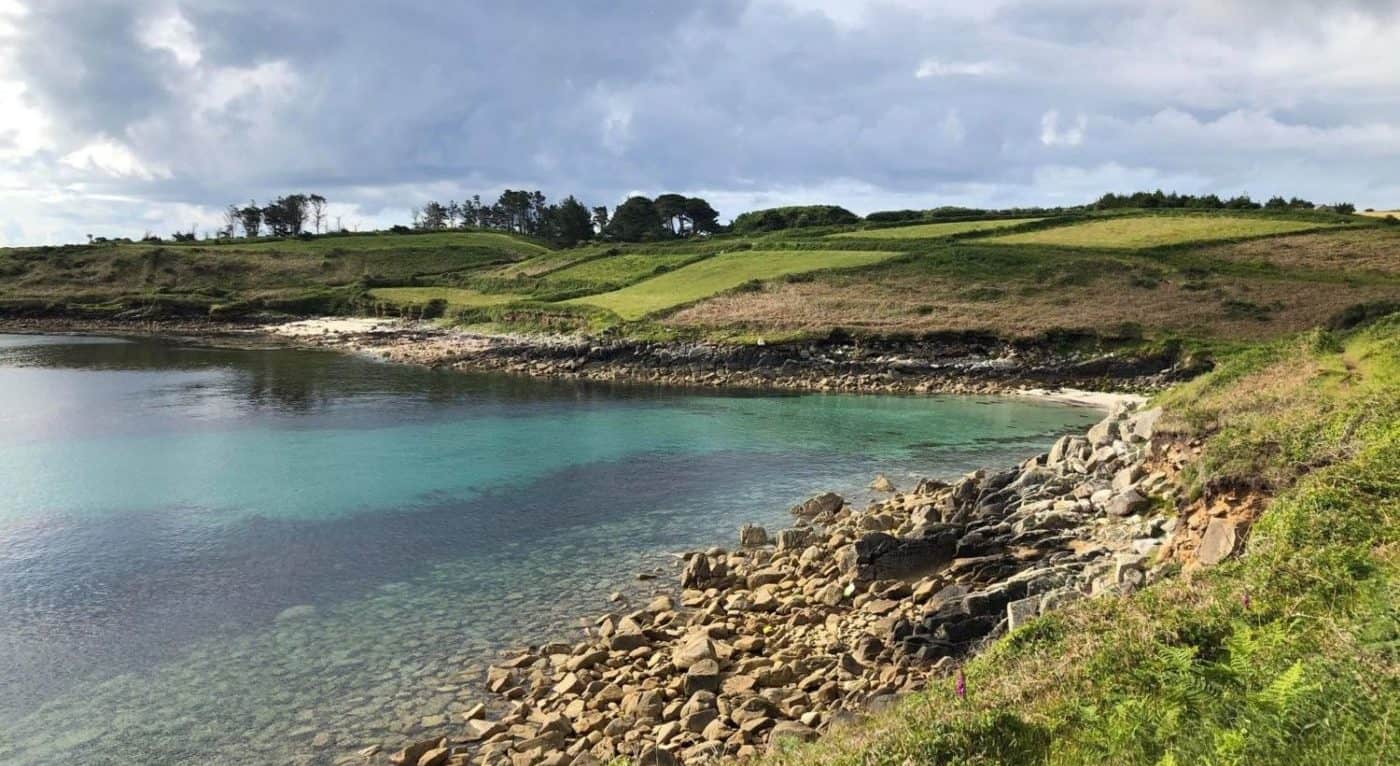 If you’re looking for a new challenge in a cool destination I think any of the swimrun races would tick that box. Give them a go. I think you’ll like them! 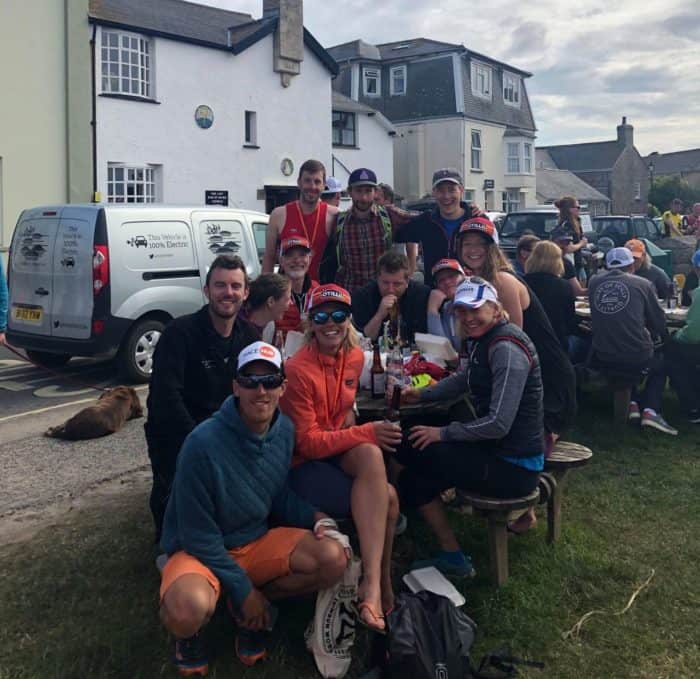