Entries for Nottingham’s award-winning Outlaw Triathlon have closed. The only way to gain entry for the 2017 event on 23 July is via Cancer Research UK. Entries for the Outlaw Half Holkham remain open at the moment.

The Outlaw was first launched by OSB Events in 2010 and saw 715 people finish the 2.4mile swim, 112mile bike and marathon run. The event has grown steadily since then, with 1400 having entered for 2017.

Just six athletes have completed every edition of the full distance Outlaw, and all of them will be back this year. The race was voted the most novice friendly event in Europe earlier this year, and sees a higher percentage of female competitors compared with the average for long distance races.

The Outlaw also attracts some top quality athletes, and will be televised by Channel 4 TV again this year.

To find out more about racing and raising money for Cancer Research UK visit: http://www.cancerresearchuk.org/support-us/find-an-event/outlaw-triathlon-2017 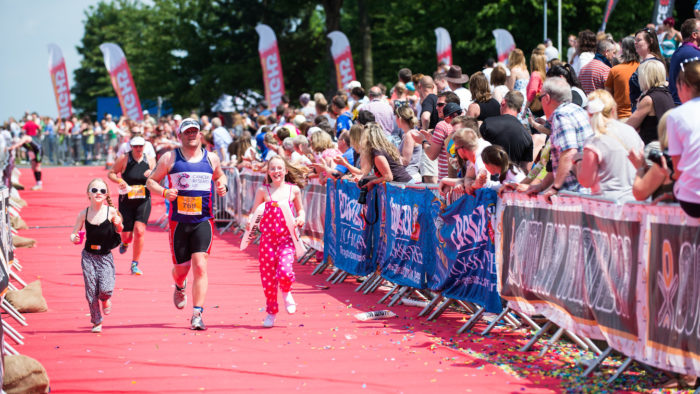