Hot in the heels of the debut of Super League Triathlon – which has truly set a high benchmark for a new addition to the professional triathlon scene – The Collins Cup, announced late last year, is back in the news.

A team, long course event based around and modelled on Golf’s Ryder Cup format, Team USA will have two legends as captains of their 12-strong team, in the form of Dave Scott and Karen Smyers. There will also be taking advice from a Green Bay Packers Hall of Fame quarterback…

Here is the full announcement fro the Professional Triathletes Organisation, the owners of the event and concept.

The Professional Triathletes Organisation today announced the appointment of Dave Scott, 6x IRONMAN World Champion, and Karen Smyers, Olympic Distance World Champion and IRONMAN World Champion, as USA Team Captains for The Collins Cup. The Collins Cup is a first of its kind global competition in which teams of professional triathletes from the USA, Europe and the rest of the World (the “Internationals”) will compete to determine which region dominates the sport of triathlon.

Modelled after golf’s Ryder Cup, The Collins Cup will be a long-distance team competition among USA, Europe and the Internationals. Each team will consist of 12 professional triathletes, six men and six women. (Click here to see The Collins Cup–How It Works.)

Dave Scott commented, “It is an honour to be selected as one of the USA Team captains for the inaugural Collins Cup and Karen and I look forward to helping guide the USA Team. We’ll ensure our team is well prepared for the battle.” 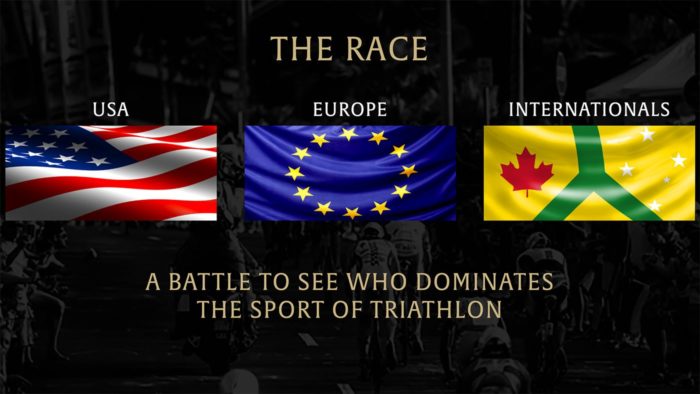 As part of the USA Team, Scott and Smyers will be working with Brett Favre, former Green Bay Packers Hall of Fame quarterback. Smyers commented, “As triathlon is normally an individual sport, Dave and I thought it would be helpful to get some guidance on team dynamics and as a truly legendary leader in his sport, it will be a privilege to have Brett as a resource.” Over the next 12 months, Scott and Smyers will be looking to add additional support members to the USA Team as well as be in contact with the athletes and their coaches as the places on the USA Team begin to solidify.

Scott commented, “Look, it is very simple: The USA created this sport and the first Collins Cup will be in US waters and on US soil. We will make sure that the USA Team is fully prepared. We know that some people think that Europe may be the strongest team, but as many have learned in the past, you underestimate the power of the stars and stripes at your peril.” 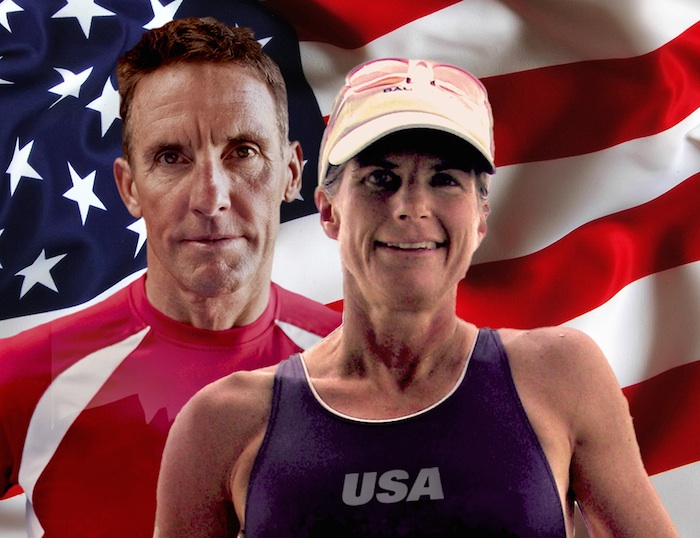 Karen Smyers is a member of the USA Triathlon Hall of Fame. Her achievements include World Championships titles in 1990, 1995, and 1996, the Professional National USA Champion title for six consecutive years and a gold medal at the 1995 Pan American games. In 1995, she claimed victory in the IRONMAN World Championships and the short course World Championship just five weeks later, earning her the distinction of being the only woman ever to win triathlon’s two most prestigious races in the same year. She is a cancer survivor and today is active in coaching and motivational speaking www.karensmyers.com.

Dave Scott was the first six-time IRONMAN World Champion (1980, 1982, 1983, 1984, 1986, and 1987). A progenitor of the sport, Scott was the first person ever inducted into the IRONMAN Hall of Fame and is also a member of the USA Triathlon Hall of Fame. He is known as “The Man” for his intense training regimens and his relentless race performances. Dave is a worldwide ambassador for triathlon. He is the Founder of the Dave Scott Multisport Institute located at the Four Seasons Resort Hualalia on Kailua-Kona, Hawaii, and serves as a Master Coach for IRONMAN. Based in Boulder, Colorado, Dave providescomprehensive coaching and consulting to professionals and age groupers alike – http://www.davescottinc.com.