The sports broadcaster will produce live and highlights programming for all five action-packed events, starting this month

Super League Triathlon (SLT), the game-changing new face of elite tri-sport, is excited to announce an official partnership with global TV sports producer and distributor, Sunset+Vine. Live coverage will be produced and distributed globally for all of Super League Triathlon’s 2018-19 Championship Series events, as well as a one-hour highlights show from each of the five rounds. Its distribution business, Sunset+Vine International, will be responsible for securing broadcast deals for the series across all territories.

Sunset+Vine is well-accustomed to producing innovative and award-winning coverage of some of the world’s most high-profile sporting events, most notably for the 2012 Paralympics, for which they won a BAFTA. Recent productions of note include the 2016 ICC World Twenty20 Finals, the 2017 IAAF World Championships and the Gold Coast 2018 Commonwealth Games. The Sunset+Vine team will be led by Executive Producers Huw Bevan and Sarah Greene with Stuart Hutchison appointed as Series Producer. Working closely with Technical Director Mark Dennis, the team will deliver a flexible, venue-specific production to include drones, motorcams and polecams to enhance the unique challenges of both SLT event format and venue terrain.

The kick-off SLT Championship Series event will take place on 29-30 September in Jersey, which will see the first piece of Sunset+Vine’s content production for the league. This will be followed by Malta (27-28 October), Mallorca (3-4 November) and Singapore (23-24 February 2019), before finishing in Australia (23-24 March 2019).

Jeff Foulser, chairman of Sunset+Vine, said: “Rarely do you get the chance to play an instrumental role in establishing a new format sporting competition for TV. Super League Triathlon provides such an opportunity and we’re delighted to be involved in this most exciting of challenges.”

Michael D’hulst, co-founder and CEO of SLT, said: “Partnering with such a world-renowned broadcaster in the global sporting arena is a fantastic opportunity for us. Our aim is to deliver fans around the world highly addictive, action-packed world-class content and we are thrilled to have Sunset+Vine on board to help us achieve this.”

“SLT is set to become the pinnacle of the sport on a world stage. From a TV perspective, its game-changing format – which mixes long and short course athletes in a series of fast-paced events – offers the chance to create a new take on triathlon and its leading personalities. Our job is to package this in a way that helps to both strengthen and broaden the sport’s global appeal.” 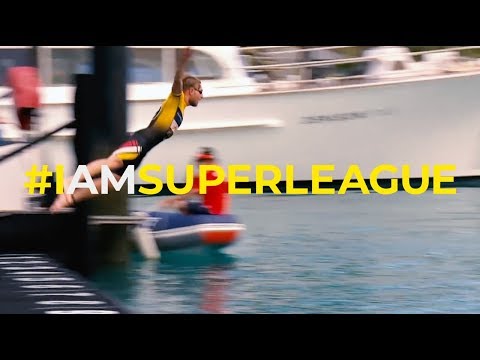