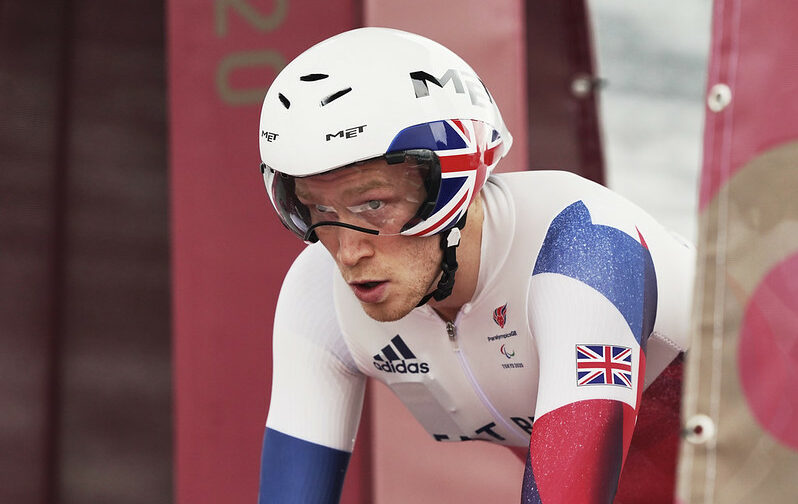 Two races down, one to go – and two Paralympic medals already collected across two sports for British paratriathlete George Peasgood.

Whatever happens in Friday’s Road Race, it has already been a memorable and highly successful Games for George.

We featured him last week ahead of his Tokyo 2020 triple challenge, and you’d have to say it is going rather well so far.

After earning a silver medal on Sunday in the PTS5 Paratriathlon, just two days later he added third place in the Men’s C4 Time Trial – the discipline in which he recently became world champion – at the Fuji International Speedway.

George will race again on Friday in the Road Race, the event in which he won silver at the same Para-Cycling Road World Championships

Elsewhere, Jetze Plat of the Netherlands secured double gold. The dominant athlete in men’s PTWC paratriathlon, he added another victory in the time trial to his clear win on Sunday.