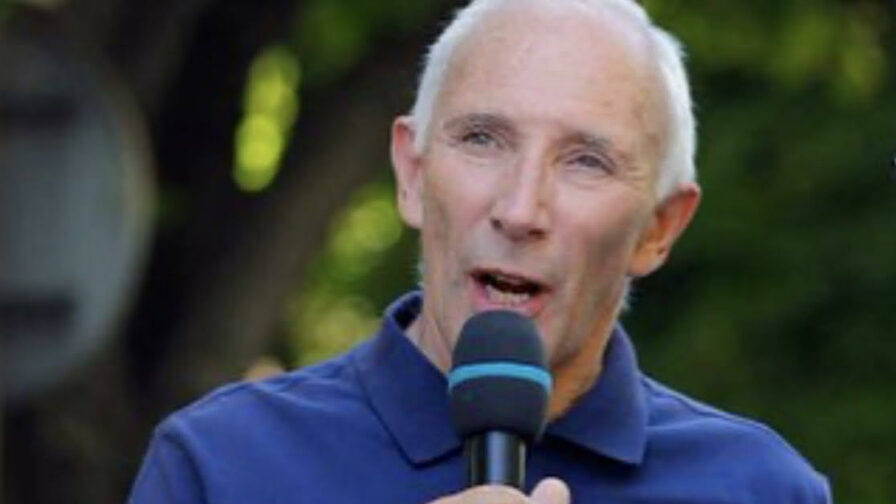 The Professional Triathletes Organisation (PTO) today announced that it has enlisted the talents of multi-award winning anchor Phil Liggett to head the live coverage of the PTO’s flagship event – The Collins Cup on 28th August at the extraordinary x-bionic® sphere in Šamorín, near Bratislava, Slovakia. The Collins Cup is a new race format modelled after the Ryder Cup, which will see teams of International, European and USA athletes pitted against one another and will put on display the excitement, rivalry, drama and personalities of the sport of triathlon.

Universally known as the “Voice of Cycling”, Phil will lead a team of seven presenters and work alongside multi-award-winning director, Martin Turner, who will head the broadcast team as Executive Producer. Phil has been a cycling correspondent for national newspapers including the Daily Telegraph, Guardian and Observer as well as the author of several cycling books including The Tour de France 1988 & 1989, The Complete Book of Performance Cycling and The Fastest Man on Two Wheels – an insight into Chris Boardman. In June 2005, he was awarded an MBE in the Queen’s Honours list, was given a Lifetime Achievement award by the US Hall of Fame in October 2007 and was inducted into the British Cycling Hall of Fame in Feb 2010.

Phil is no stranger to anchoring award winning broadcasts. He has worked as a television commentator for over forty years, covering seven Commonwealth Games and ten summer & five winter Olympic Games for global broadcast channels like the BBC (UK), C7/C9 (Australia) and CBS & NBC (USA). Since 1973, he has worked on 48 of the Tour de France races and has been awarded various medals of honour for more than 40 years of continuous reporting. His programmes on the Paris-Roubaix Classic that he scripted and hosted for CBS won EMMYS in the USA and in 2003 he was nominated for an EMMY as Outstanding Sports Personality of 2002 by the TV Academy in the USA. In October 2003, the American Bicycle Industry presented him with a Lifetime Achievement Award for his work in the sport and a film – Phil Liggett The Voice of Cycling – documenting his life, was recently released in Australia to great aplomb and packed cinemas and is planned to be released in the UK later this year. Although most known for his work in cycling, Phil has also hosted and commentated on Ski Jumping, Alpine Skiing, Biathlon, Speed Skating and Triathlon.

Phil Liggett, MBE, commented: “The Collins Cup is poised to be the most exciting and innovative format for endurance sports that I have witnesses in my long career. I am looking forward to being part of a talented team of commentators as we make an effort to give a great platform that will engage not only those who love triathlon, cycling and endurance sports, but also to those general sports fans who crave the rivalries that will be put on display when the best athletes in the world enter the arena to do battle for the Collins Cup.”

Sam Renouf, Chief Executive Officer of the PTO, stated: “We are thrilled to have Phil join the team as anchor for The Collins Cup, bringing his world class experience and broadcast pedigree to the sport of Triathlon. Having anchored award-winning broadcasts in globally recognised sports like cycling, he has a proven ability to drive innovative broadcast productions and keen insight in the performance of athletes at the highest levels. With performances of PTO Professionals like Lionel Sanders, who last year set the Canadian record for distance cycled in an hour, triathletes are now recognised as first-class cyclists, in addition to their incredible ability to swim and run as part of the same event.  Phil will add 40 years of seasoned experience to the broadcast team and provide sports fans with an unparalleled analysis of the excitement live as it unfolds.”