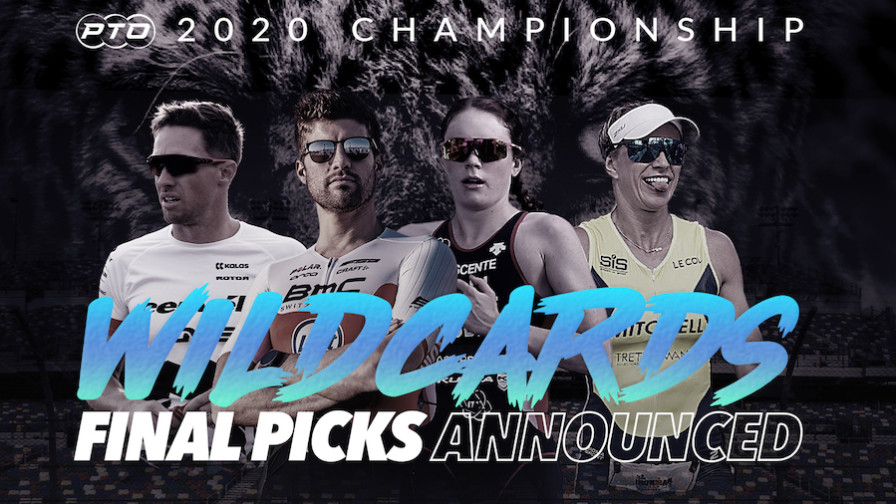 And then there were 20… PTO 2020 Championship Wildcards

The fifth and final set of four professional athletes to be awarded wildcards to the inaugural PTO 2020 Championship at Challenge Daytona have just been released.

British athlete recipients of PTO 2020 Championship wildcards now total six of the 20 (30%) wilcard names announced over the past 10 days:

Added to those who have pre-qualified within the PTO World Rankings top-40 (and adjusted for any rolldown slots due to injury / illness etc within the top-40), and we might see somewhere around 20 British professionals racing at the Daytona International Speedway in early December. I would expect that final start-list to be confirmed over the next couple of weeks.

The Professional Triathletes Organisation today announced that Lucy Hall, Chris Leiferman, Simone Mitchell and James Cunnama have been selected as wildcards for the PTO 2020 Championship at CHALLENGEDAYTONA®.

In the final round of wildcard selections, the PTO’s focus was on Category 2 and 3 of our published criteria.

Category 2 covers newer professionals who, because of the COVID impact on racing and the freezing of the PTO World Rankings, did not have the opportunity to establish a high enough ranking to be an automatic qualifier, but whose recent form showed them capable of being competitive with the automatic qualifiers.

Category 3 encompasses professionals whose PTO World Ranking, taking into account circumstances like injury, does not accurately reflect their ability to compete at a championship event.

As newer professionals to long distance racing, both Lucy Hall and Simone Mitchell fall firmly in the PTO’s Category 2 criteria. Hall’s performance at Bahrain last December had her finish ahead of three athletes who were automatic qualifiers for the PTO 2020 Championship, while Mitchell’s only professional race in Wales last fall saw her crush the course record. Both demonstrated that they were well on their way to climbing up the PTO World Rankings had 2020 not seen most races cancelled.

American Chris Leiferman and South African James Cunnama have both demonstrated the ability to put in big performances which were not reflected in their current ranking. Leiferman’s recent race performances would have put him in the top 20 of the PTO World Rankings, while no one can question Cunnama’s talent to deliver a monster race.

Charles Adamo, Executive Chairman of PTO, commented, “Our final wildcard selections could not have been more difficult. There were many talented and qualified athletes to choose from. We very much wish we could have selected them all. We are satisfied that the wildcard selections represent a good balance from our criteria of top ITU talent, professionals whose ranking does not accurately represent their historical performances, and the newer, up-and-coming professionals. These were not easy decisions to make, but we think the result clearly delivers the greatest field ever assembled for a triathlon event.”

British long-distance newcomer, Lucy Hall, declared, “I am honoured to have received a wildcard selection for the PTO 2020 Championship. Like many newer professionals, the lack of racing in 2020 inhibited any ability to move up the PTO World Rankings. I kept up my training and raced whenever I could. With so many deserving athletes in similar situations, I know it is a privilege to have been selected.  I am truly grateful to be a PTO Professional as the organisation has provided so much needed support to professionals and the triathlon community in these difficult times.”

On hearing of his wildcard selection, South African James Cunnama stated, “I was delighted to hear that I have been selected as a wildcard for the PTO 2020 Championship. I have been an advocate of the PTO from the very beginning, and this event promises to showcase exactly the sort of positive impact that professional athletes can have when we all work together. I’m honoured to be invited to be a part of the event, but mostly I am excited to race against the world’s very best triathletes at Daytona!”

British athlete, Simone Mitchell, stated, “It is an honour to have been selected as a wildcard for the PTO 2020 Championship. As a new professional, to be part of a championship event with the best field ever assembled will be a great experience and a challenge. It is great that the PTO has been able to do so much for our sport.”

American, Chris Leiferman, added, “I am excited about being awarded a wildcard slot at the PTO 2020 Championship. With the calibre of the field, it will be the event of a lifetime. As the first event that has been organized by PTO Professionals, it is a historical moment for our sport, and it is an absolute honor to be part of it.”

The PTO 2020 Championship at CHALLENGEDAYTONA® will be the highlight of a difficult year and will see the world’s top triathletes competing for a $1,000,000 prize purse.

With the top 40 PTO World Ranked athletes and the PTO wildcard selections, the field for the PTO 2020 Championship will be the strongest ever assembled.

There are still places available for the age group events at CHALLENGEDAYTONA® and those interested can register here.

Want the latest triathlon news and advice delivered to your inbox?
Sign up for our weekly newsletter!
×