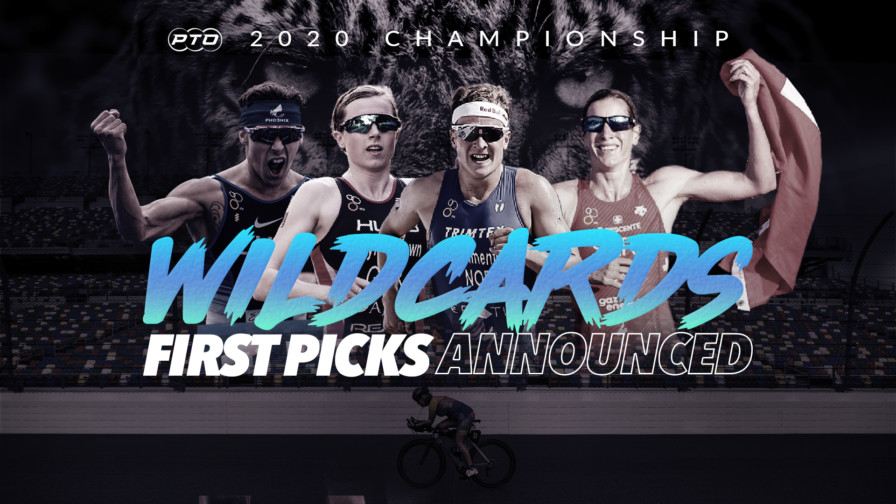 Four down, 16 to go. Who will get the chance to claim a wildcard slot for the PTO Championship at CHALLENGEDAYTONA® in December. With a $1,000,000 prize purse on the line, you can bet those now 16 remaining places will be in huge demand.

As for today, well, you’ll get precisely zero complaints from me for the inclusion of these four athletes.

Both of the current ITU Triathlon World Champions, the holder of the fast middle-distance time ever and an absolute legend of the sport for more than two decades, holder of Olympic Gold and Silver medals, who has proven time and again that she can compete over any format and distance from Super League to IRONMAN.

As if to add to the magic of the timing, both Vincent Luis and Kristian Blummenfelt were an impressive one-two on Saturday at the Arzachena World Cup in Italy.

The Professional Triathletes Organisation today announced that Vincent Luis, Nicola Spirig, Kristian Blummenfelt and Georgia Taylor-Brown have been selected as wildcards for the PTO 2020 Championship at CHALLENGEDAYTONA®

Charles Adamo, Executive Chairman of PTO, commented, “It certainly was not a difficult decision for the non-athlete members of the PTO Board to select these four world-class athletes to join the already star-studded starting line at the PTO 2020 Championship.  With Luis and Taylor-Brown being the reigning World Triathlon Champions, Blummenfelt holding the middle-distance world record, and the pure greatness of Spirig, there is little doubt they will challenge for the title. It will be an exciting prospect for triathlon fans around the world to see these athletes doing battle against the sport’s middle- and long-distance stars.”

Nicola Spirig, the Swiss Superfrau, whose 20-year career has encompassed a level of greatest rarely seen in sport, is thrilled at the prospect of racing today’s best athletes and commented, “I am excited about being selected as a wildcard and competing in the world-class field at the PTO 2020 Championship. Being on the starting line with the best athletes is what makes a true championship.  I am thankful that the PTO and CHALLENGEDAYTONA are able to host such a great event in this very difficult year.”

Norwegian ace and middle-distance world-record holder, Kristian Blummenfelt, no stranger to the rigours of longer-distance racing, commented, “The PTO 2020 Championship will be one of the biggest events this year and I am pleased to have been given a wildcard place. Having raced against many of the top middle-distance pros over the last couple of years, I can appreciate that they are a tough bunch and the race will be a gruelling affair.”

The next set of four wildcard selections for the PTO 2020 Championship at CHALLENGEDAYTONA® will be announced at 15:00 BST on 14th October.

Want the latest triathlon news and advice delivered to your inbox?
Sign up for our weekly newsletter!
×