The American is one of the most talented and popular triathletes in the world.
Height
5'4"
163cm
Birthplace
US
Exeter
Age / Birthday
38
24 Apr 1984
Follow 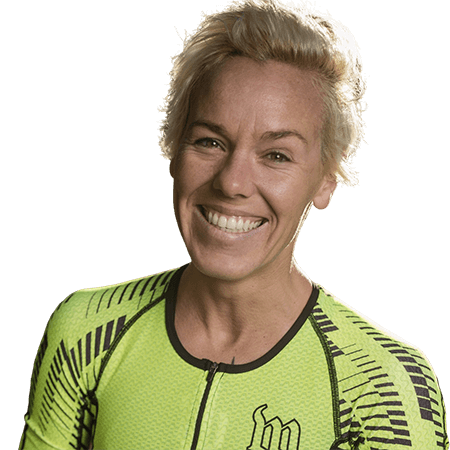 American Heather Jackson is one of the most talented and popular triathletes on the global professional circuit.

A multiple IRONMAN champion, Heather has had a hugely impressive career to date. In addition to her full-distance victories, she has also finished first in countless races at the 70.3 distance, won four Wildflower Triathlons and had multiple top-five finishes at the IRONMAN World Championship in Hawaii.

Growing up in Exeter, New Hampshire, Heather was a big football and ice hockey fan. She had played ice hockey since the age of six, and continued right the way through high school to university. Whilst studying a BA in politics at Princeton University, Heather was part of the university’s Division 1 women’s ice hockey team and the U22 US national team.

Her focus switched to triathlon in 2007. By this time Heather had graduated and was teaching English at a private school in Chiang Mai, Thailand. Having already done a few local triathlons back home with her parents, she became friends with a group who were training for the Phuket triathlon and IRONMAN Malaysia – and decided to join in.

She then moved back to the States in 2007, teaching world history at the Harker School in San Jose, California. Taking triathlon more and more seriously, by 2009, Heather was convinced by Sean Watkins, who would later become her husband, to quit her teaching job and concentrate on a career in the sport. Jackson showed her talent when won the 18-24 division as an amateur at the 2008 IRONMAN World Championship in Hawaii.

When Heather started racing against pro athletes she realised her performance on the bike was just as good, if not better, and believes this was down to her having more muscle from her ice hockey days. She noticed though that her running needed improvement.

After finishing third at Timberman 70.3 in 2010, Heather believes she finally announced herself in pro triathlon. She clocked 4:26:08, behind winner Chrissie Wellington in first (4:10:11) and second-placed Angela Naeth who had a time of 4:24:59. She was now part of the triathlon elite. Finishing fifth at the 2010 IRONMAN 70.3 World Championship proved that, and she has been producing top class race performances ever since.

Heather currently bases herself between Bend, Oregon and Tuscon, Arizona.

Early in her Pro racing career, Jackson’s focus was on the middle distance where she consistently showed that she could perform on the biggest stage. From fifth place in 2010, she moved up to fourth (2011), third (2012) and then second (2013) at the IRONMAN 70.3 World Championship.

Heather also holds the course record at the Wildflower Triathlon from her 2012 win at the half-distance event. She came out of the water with a time of 27:13, recorded 2:34:45 on the bike and finished on 1:21:08 during the run as she finished with an overall time of 4:26:29. Heather went on to win Wildflower again in 2013, 2014 and 2018. The Escape from Alcatraz Triathlon in 2013 represented another iconic race win on the bulging Jackson racing C.V.

IRONMAN 70.3 wins over the past decade are now into double figures, while success has followed over twice the distance too. Those IRONMAN titles have been earned in Coeur d’Alene (2015), Lake Placid (2016 and 2018), Arizona (2018), Vitoria-Gasteiz (2019) and most recently following a tough battle with Skye Moench at IRONMAN Florida 2021.

Reflecting her earlier consistency at the IRONMAN 70.3 level, Heather has also finished in the top five some four times at the IRONMAN World Championship in Kona. Her best result at Kona so far remains third place in 2016 finishing with a time of 9:11:32 behind first place Daniela Ryf (8:46:46) and Mirinda Carfrae (9:10:30) in second.

Heather has credited her husband Sean Watkins for having the biggest influence on her triathlon career. She met Watkins, who founded Wattie Ink Elite Team, in 2008 whilst competing as an age-grouper. Heather has revealed that Watkins, known as ‘Wattie,’ convinced her to quit teaching in June 2009 and concentrate solely on a professional triathlon career.

Under Wattie’s guidance, Heather says she has learned what it means to be professional – with him helping her out with sponsorships and media opportunities as well as building her profile.

Heather has a distinctive tattoo on her shoulder – a flock of birds. Every bird symbolises a member of her family. 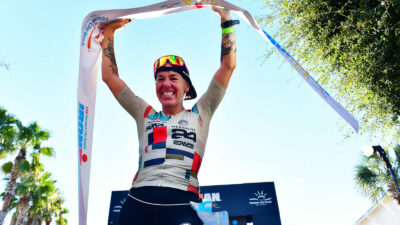 'An entire mental reset' helped Heather Jackson save her season 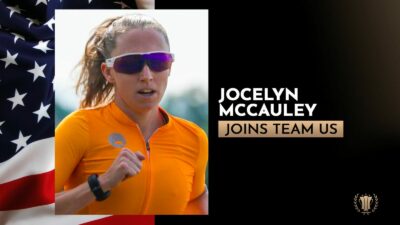 Jocelyn McCauley to replace Heather Jackson at The Collins Cup 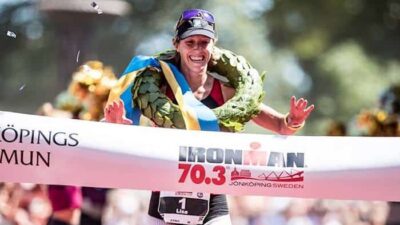 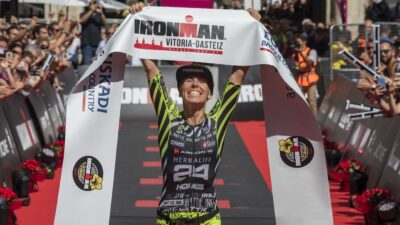