28 years after the Mike Burrows / Lotus bike carried Chris Boardman to Individual Pursuit Gold at the Barcelona Olympic Games, the Lotus name is back in cycling and seeking to help the British Cycling squad to more success, this time in Tokyo.

That 1992 Lotus was subsequently developed into a road equivalent (recently wind tunnel tested against a modern superbike). Will this new British Cycling velodrome-specific machine subsequently see trickle-down technology available for our own triathlon and time-trial use? Quite probably.

Here’s a first look at the new bike which will be seen in competition for the first time this weekend at the UCI Track World Cup in Minsk, Belarus. 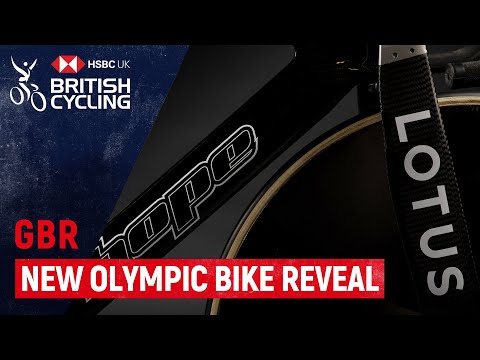 The new bike will be on public display later this week at London’s Rouleur Classic event and make its competitive debut with the Great Britain Cycling Team this weekend. Riders have been testing the bike in secret over the past weeks, and will continue their evaluation with a view to riding it at the 2020 Tokyo Olympics.

Lotus Engineering is the internationally recognised automotive consultancy division of Group Lotus, best known globally for its iconic British performance cars. Its industrial design innovation and expertise has been seen in sectors including aerospace, medical research, furniture and boat-building.

Lotus Engineering has created the unique front fork design and handlebars for the new bike, working with Hope Technology to integrate these components into the overall package. This has included a full programme of wind tunnel evaluation on both bike and rider, plus testing to maximise the strength while minimising the weight. Lotus has also worked on improving stiffness and front end feel to improve rider confidence.

Lotus has a highly successful history in cycling through its Lotus Engineering division. In the Nineties, Lotus was instrumental in the design and development of Lotus Sport bikes for cycling legend Chris Boardman at the 1992 Olympics in Barcelona, where he won gold, and in the 1994 Tour de France, where he won the prologue time trial to take the famous yellow jersey.

Miguel Fragoso, Executive Director, Lotus Engineering, commented: “Lotus has always been at the very cutting edge of lightweight racing performance with its cars, and now – after 25 years away from cycling – we’ve collaborated to apply the same Lotus core values to this new track bike. We look forward to working with British Cycling as testing continues towards next summer’s Olympics.” 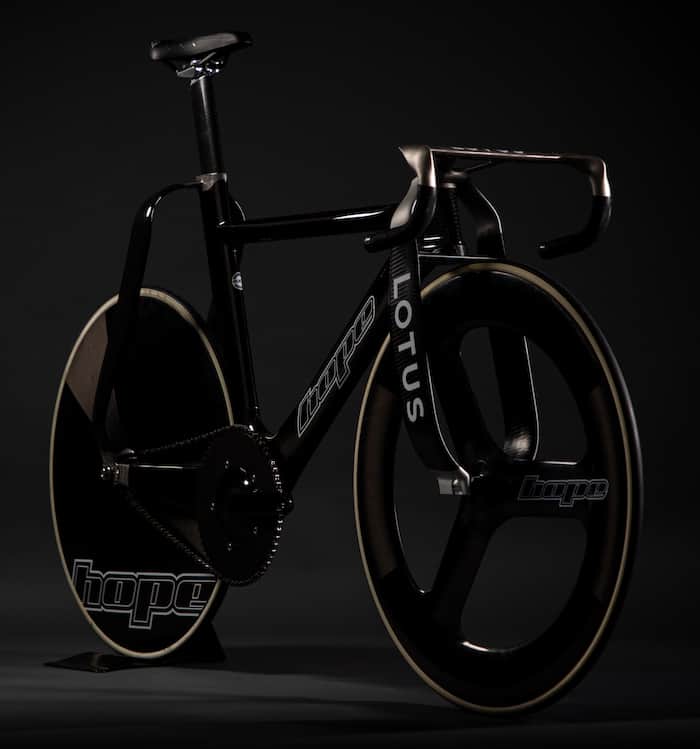 Hope Technology has been designing, creating, manufacturing and testing innovative components for bikes at its Lancashire HQ for 30 years. Countless British bikes and riders have benefitted from Hope products and today the business exports around half of its output. After years of success in racing, it has recently moved into making complete, ready-to-ride bikes.

Ian Weatherill, Managing Director, Hope Technology, said: “We have created the frame using high-modulus composites with fabric woven in UK, the in-house team has unrivalled engineering expertise with 30 years of composite experience and two Olympics behind them. Together we have refined the manufacturing method to make a superior product”.

A large proportion of the development of the bike’s aero features were done following the 2016 Olympics, when the UCI – cycling’s governing body – changed the rules on bike development. At that point a knowledge transfer was made by the English Institute of Sport (EIS) to key UK suppliers, in this case Hope Technology and Lotus Engineering. The pair have worked closely together to refine the design and perfect the manufacturing processes of the new bike. 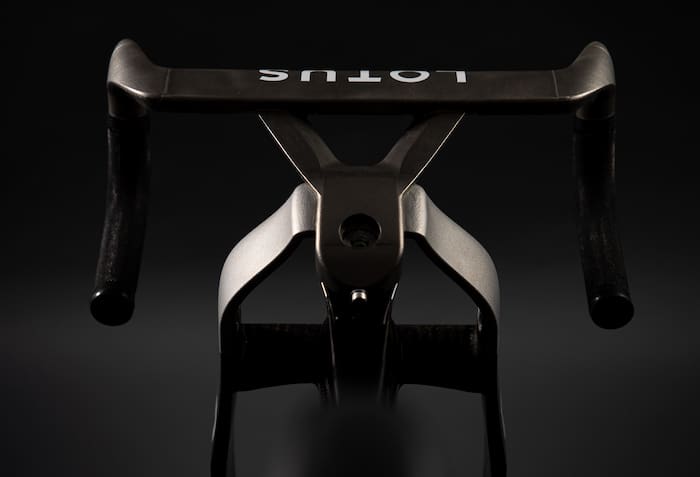 Tony Purnell, head of technology for the Great Britain Cycling Team, said: “It’s a dream team of engineering prowess – Hope Technology bring high quality manufacturing standards and Lotus Engineering is renowned for lightweight design and outstanding aerodynamic efficiency. Both have been supported and advised by additive manufacturing experts Renishaw, who have ensured that Lotus and Hope have access to the most modern and fastest turnaround process from design to usable pieces.

To qualify to be ridden at the 2020 Tokyo Olympics, the bike’s design must be approved by the UCI and it must be ridden during the 2019/2020 Tissot UCI Track Cycling World Cup series by the Great Britain Cycling Team before the end of 2019. 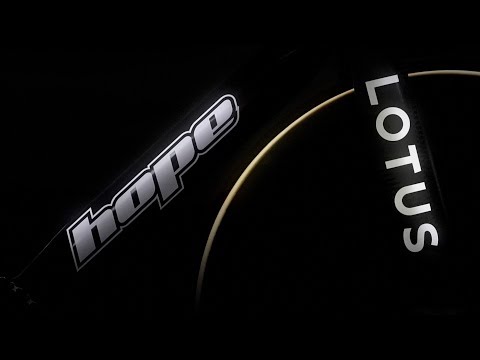 This means the bike will be ridden by British Cycling athletes at the Minsk-Arena velodrome in Belarus this weekend (1-3 November). UK cycling fans will be able to see it in action on home ground for the first time at the Sir Chris Hoy Velodrome, Glasgow, the following weekend (8-10 November).

Tony Purnell added: “Following a terrific effort from our sponsors to bring this bike into reality, we have the task of evaluating the bike together with the English Institute of Sport to ensure it’s going to have the right performance in Minsk and Glasgow, and of course in Tokyo, and providing feedback to Hope and Lotus engineering teams.”

The new bike will also appear at the Rouleur Classic event in London this weekend (31 October – 2 November). It will be displayed on the Hope Technology stand for the duration of the event. For more information visit www.rouleurclassic.cc

To learn more from British Cycling about how the bike will be used in competition please click here. 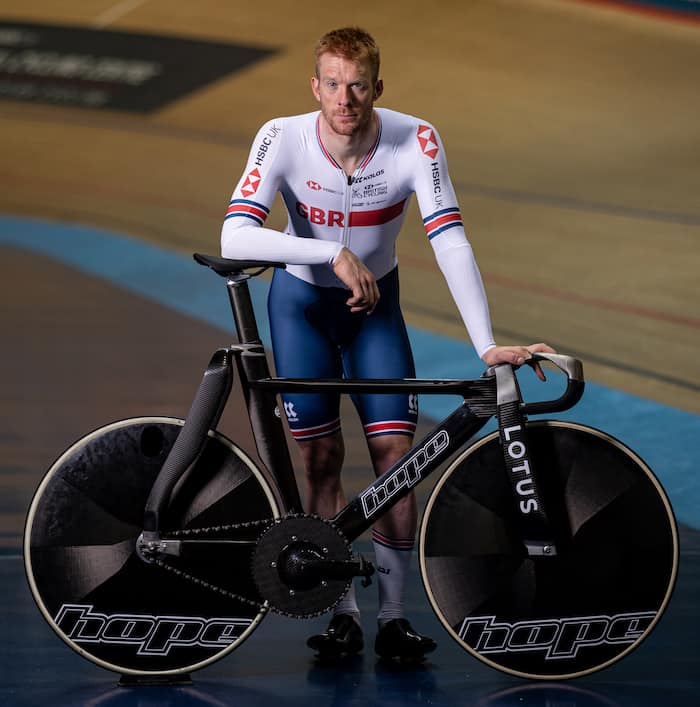 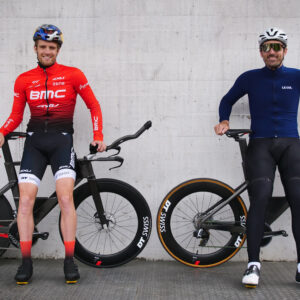 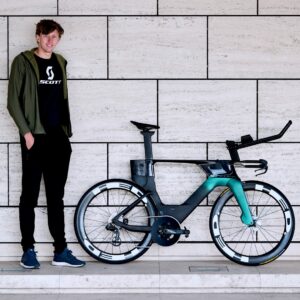