The new Brownlee Agilis wetsuit from HUUB Design comes with some bold 'Game Changer' claims, but how does it perform in practice? Chris Hovenden put the new release to the test
Share

Designed in collaboration with the Brownlee Brothers, the HUUB Brownlee Agilis has been called a ‘Game Changer’ by the Olympic medal winning triathletes. Chris Hovenden puts the new look HUUB wetsuit to the test…

Big claims… does the suit live up to the hype?

HUUB says it has worked with the Brownlee Brothers extensively to ensure the Agilis includes all the features the elite triathletes want from a wetsuit. According to the brothers the suit is a ‘Game Changer’ – the question for us mere mortals, are these heady claims justified or simply hyperbole?

Brands are quick to use superlatives when describing their next ground-breaking product….but my view is that a particular wetsuit doesn’t ‘make you fast’, but the correct wetsuit can definitely make you faster.

Visually, the first thing you notice about the HUUB Brownlee Agilis is that it isn’t black and red; HUUB’s trademark red bicep/calf release sections have not made it into the Agilis’ make–up. Instead the suit has a blue mid-rift which fades into black on the front and the rear – in short, it looks cool. 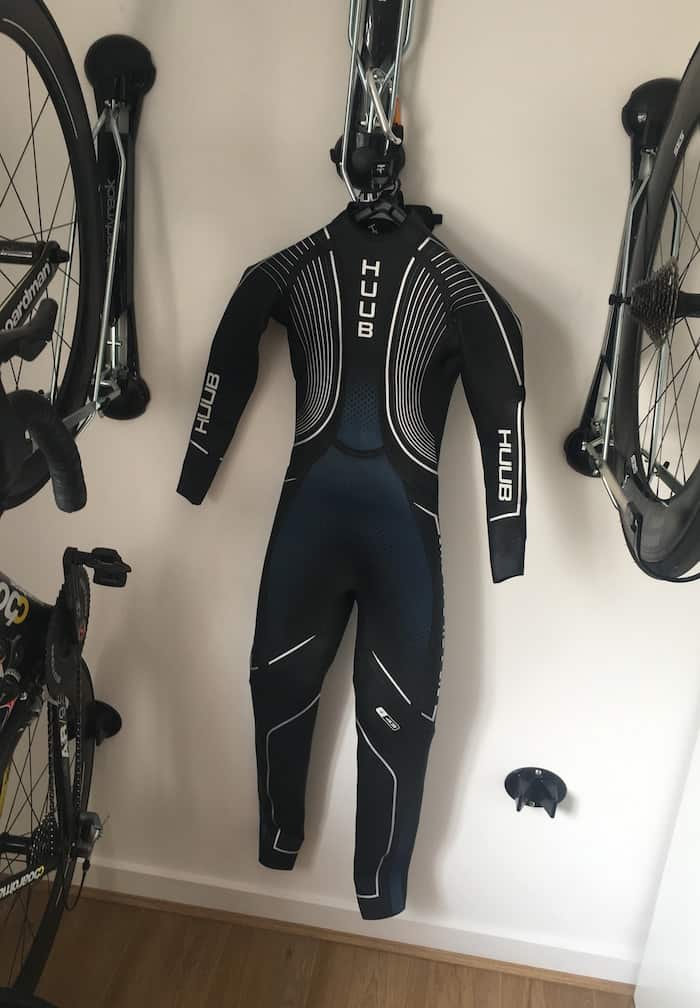 As with most wetsuits, my 187cm and circa 73kg frame suited a Small Tall. The suit feels light in your hands – although not necessarily a performance benefit in the water, this is definitely a suit that was designed with a focus on being nimble and supple first, arguably with durability and longevity second (Note. HUUB offers up to an 18 month warranty for its suits).

Out of the water, despite the pressed neck-edge, I found the cut of the neck slightly uncomfortable; but once in the pool, lake, or sea, it felt fine and there was no feeling of water flushing through the suit. 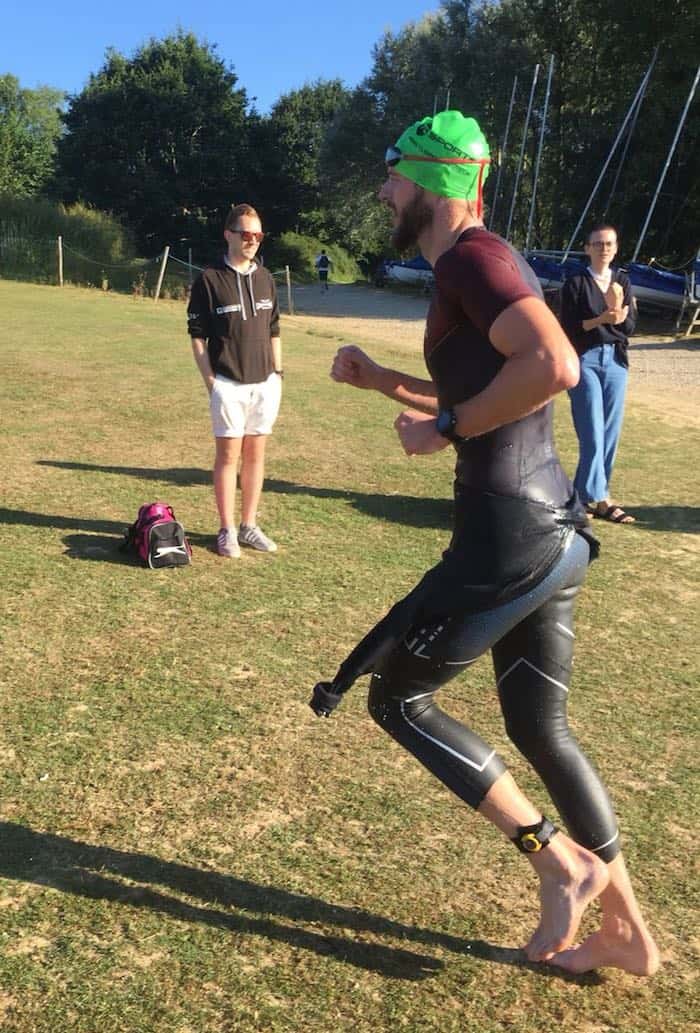 HUUB says the Agilis utilises its new exclusive and patent-pending Arms Neutral™ position – the cut of the suit is designed to reduce tension and minimise restriction in the shoulders which in turn should facilitate your normal stroke and reduce fatigue. The concept appears similar to Roka’s patented Arms Up™ construction as found in the Roka Maverick X.

When putting the Agilis on you immediately notice how supple the arms and the shoulder panels are. The result is a suit with impressive shoulder flexibility. The inevitable negative of such flexibility is that the thin neoprene is delicate and is susceptible to snagging if you are not very careful when putting the suit on.

One of the key stipulations from the Brownlees was buoyancy. It seems that even elite swimmers, with a good natural body position in the water, are tending to favour a higher position.

Interestingly the Agilis is only available in the classic Huub 3:5 option (not 4:4 which would make it a more balanced suit) – meaning 3mm upper body materials and 5mm lower body materials are used, with HUUB explaining this equates to a ‘virtual buoyancy’ of 2:8, based on like-for-like thickness vs buoyancy data. 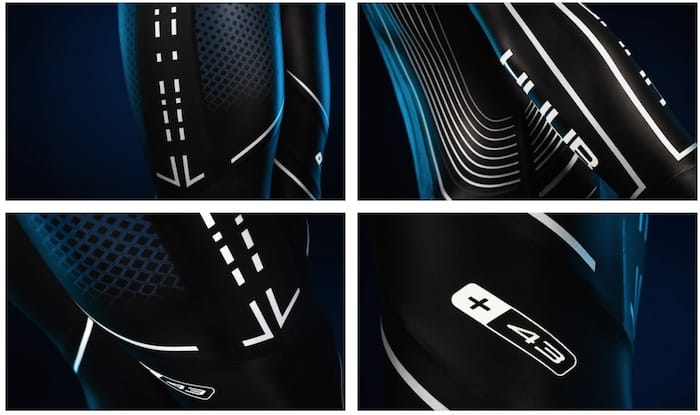 HUUB claims that its exclusive +43™ buoyancy foam provides 43% more buoyancy than standard neoprene. It’s hard to quantify or verify how accurate this bold claim is, however the Agilis certainly helped me obtain a good and high position in the water.

Further, I often struggle with tight legs when exiting the water after a hard swim, even when wearing elite performance wetsuits. I was pleasantly surprised that I didn’t have such a problem with the Agilis. Despite the lack of the calf release, the legs felt supple and supportive, without being restrictive.

The Agilis comes equipped with the HUUB exploder rear zip – some people are not fans of the zipper design, but I find it works well and aided me in getting the wetsuit off at speed – I had no issues slipping out of the suit and it helped me achieve some fast T1 times.

For me, the Agilis helped make me faster, not only in the water but also on the bike. The swim is my weakest part of a triathlon race – the reduced fatigue in my shoulders contributed to me being able to swim slightly faster or at least as fast as other high-end wetsuits, but importantly left me feeling comparatively fresher for the bike leg.

However, the supreme flexibility comes at a cost and that is durability. My recommendation is to take particular care when putting on your suit, which could mean allowing slightly more preparation time on race day. 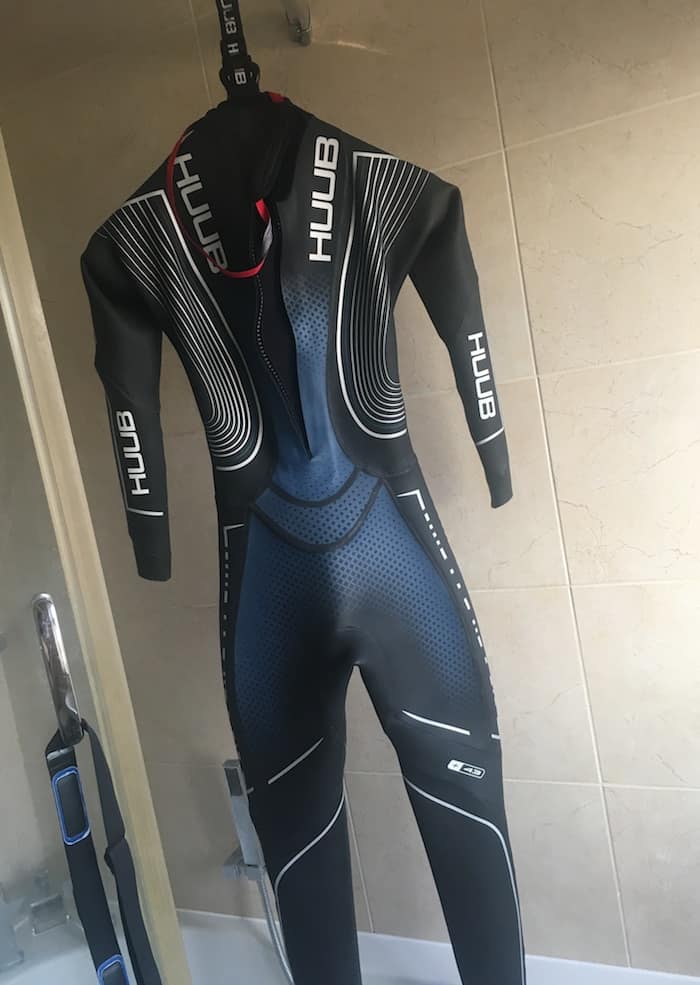 It would be remiss not to consider the price of the HUUB Brownlee Agilis. Costing a penny shy of £600, it is unquestionably an expensive piece of kit, but that sum is not out of the ordinary for top-end, high-performance wetsuits. For some perspective the RRP of the Zone 3 Vanquish is £495, the Roka Maverick X is circa £750 (USD925), and the Sailfish Ultimate IPS is circa £780 (EUR 875).

Depending on where you are on your triathlon journey, upgrading to a high-performance wetsuit could be money well spent.

Extremely comfortable and should help make you quicker in the water. However, as is common with high-performance wetsuits, it comes with a high price-tag and limited durability.