A weekend of fine weather also welcomed the Stirling Duathlon on Sunday, host of the 2019 Scottish Duathlon Championships.

Sean Martin reports from the event.

On Sunday 21st April Triathlon Scotland was at Stirling University for the first Scottish National Championship of the 2019 season.

The race conditions were warm with temperatures rising throughout the morning and early afternoon with a light breeze coming from an easterly direction.

At 8:40 the Scottish National Duathlon Championships began with 103 competitors in a single wave run start.

The Scottish Duathlon Championships started just after the Sprint and Student races and consisted of a 10km run (4 laps of the loch), a 42km bike (2 laps of the cycle route) and then back to the loch for a final 5km (2 laps).

After the first lap it was clear that Ewan Brown was going to be the man to catch, posting a blistering first run time (30:14) and leading the field by two minutes. After the 10km run it was onto the two laps of the cycle track on the roads of Stirling.

Last year’s podium placer John Lenehan and Andrew Woodroffe were second and third chasing Ewan Brown after the first lap of bike course. Going into the final transition Ewan had built a conformable lead of around four minutes. Alistair Robinson on the final lap on the bike had moved up into second place and was the next in for the run after a fantastic bike of 59:14 for 42km. He was closely followed into transition by a number of athletes but it was Andrew Woodroffe who was quickest out of transition in the battle for the silver medal.

Ewan Brown maintained his lead over the chasers on the final two run laps of the loch to claim the Scottish Duathlon title in 01:48:47. The race for silver medal was very tight with Andrew and Nicholas Allen neck-and-neck on the final lap of the loch. But it was Nicholas Allen who managed to pull away and claim second place (1:52:40) with Andrew Woodroffe in third (1:52:49).

Speaking after the race Ewan said: “I know I’m strong at running, I got into a bit of a lead there and I would try and hold on from that. It seemed to work out alright.”

In the women’s race Lauren Wilson got off to a fantastic start and had built a lead of 19 seconds over the chasing pack of Alison MacKenzie, Anne Ewing and Kirsty O’Brien going into the first transition.

Alison Mackenzie then put her foot down on the bike and had taken control of the race by the time she was onto the second lap of bike stage, with Anne Ewing not too far behind. 2018 silver medallist Kirsty O’Brien also moved up places after a strong first bike lap and was in third position. Coming out of the final transition Alison had built slender lead of 47 seconds over lead of Anne in second and Kirsty was comfortable in third.

On the final run Alison Mackenzie was being pushed by Anne all the way but managed to maintain the gap to claim her first Scottish Championship title in a time of 2:05:02. Anne Ewing was second (2:05:55) and Kirsty O’Brien claimed another podium finish in this event, placed third (2:11:20).

Talking after the race Alison said “It’s been a brilliant day. I really enjoyed it. I was a little apprehensive as I had not done a duathlon before. It was a good race and a tough battle particularly towards the end.”

The next event in our Scottish National Championship series is the Schools Aquathlon Championships on Friday 26 April at Michael Woods Sports Centre, Glenrothes. 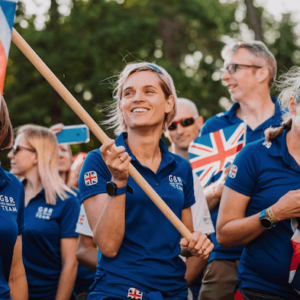 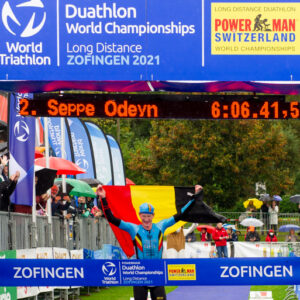 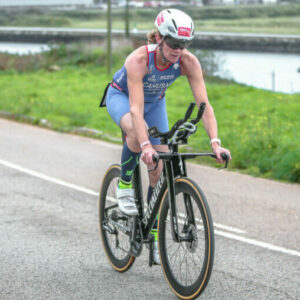 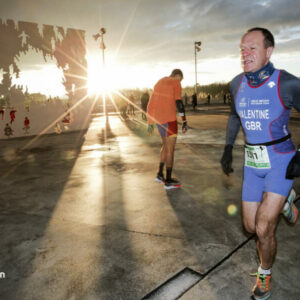 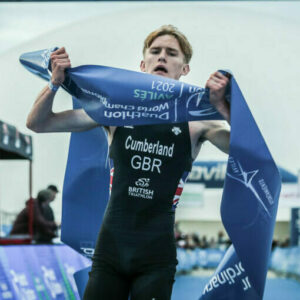