Since then, she’s had a child (Mali), had to go through major spinal fusion surgery (2018), and earlier this year she and her husband, coach and Olympian himself, Marc Jenkins, welcomed their second child (Max) into the world. Family life, time to move on, racing days over and time to reflect back on a great career? Well, not just yet… and this month, we get a first clue as to when Helen plans to be back on a triathlon start line.

Each month, Helen and Marc will give us their separate and individual takes on the past month, as they strive for their next success in the sport they love.

Here is their latest update, covering the month of October 2019.

Training continued to progress really well in the first half of the month, and it was nice to finally start doing a few efforts while running.

I have to say it’s been a big unknown moving forward with my training, not knowing how my back will take the volume. In 2018 I had a fusion of the L5 S1, right at the bottom of my spine. Before the surgery I was told not many athletes return to competition; most have the procedure at the end of their careers. I really had to have it done as pain and symptoms were not allowing me to train and dealing with this week-in-week-out, since before London 2012 was too much. The most famous sports person to return after this kind of surgery is Tiger Woods, and although our sports are extremely different, his success gives me hope that there is a good shot of me competing again. My back seems pretty good and it’s taking the training so far. 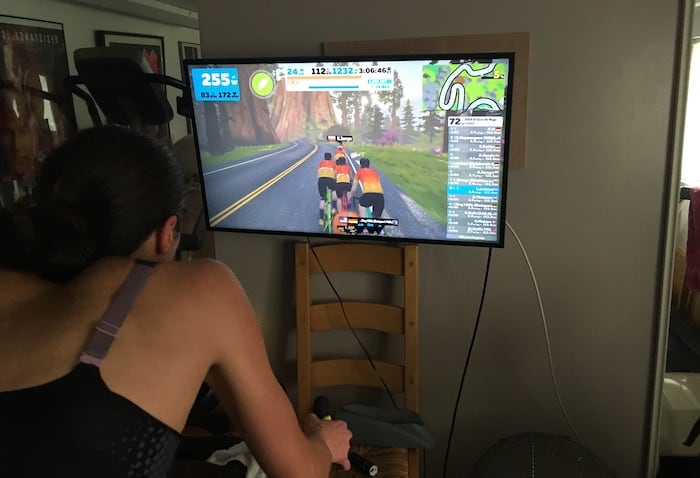 That said, the second half of the month training was not so good, but fortunately it wasn’t back related but bug related – everyone in the Jenkins house has been hit with a cold!!!

I normally don’t get too sick but this one stopped me training for a week. The broken sleep with a sick 5-month-old probably is not the best for recovery on a normal day but even less when ill. I find it hard when I’m not training to stay positive and I have a lot of self-doubt. Will my body be able to take the training? Will I ever race again? Will my back stop me?

It’s probably because I have a bit more time to think. I believe most people doubt themselves sometimes and it’s normally when things are going well. I try to focus on why I do triathlon and I genuinely love it!

It’s been a long time since I raced so it’s not so much the love of racing motivating me, but the love of pushing myself hard in training and seeing fitness return. It feels like the fitness is too slow to return sometimes but it is improving. 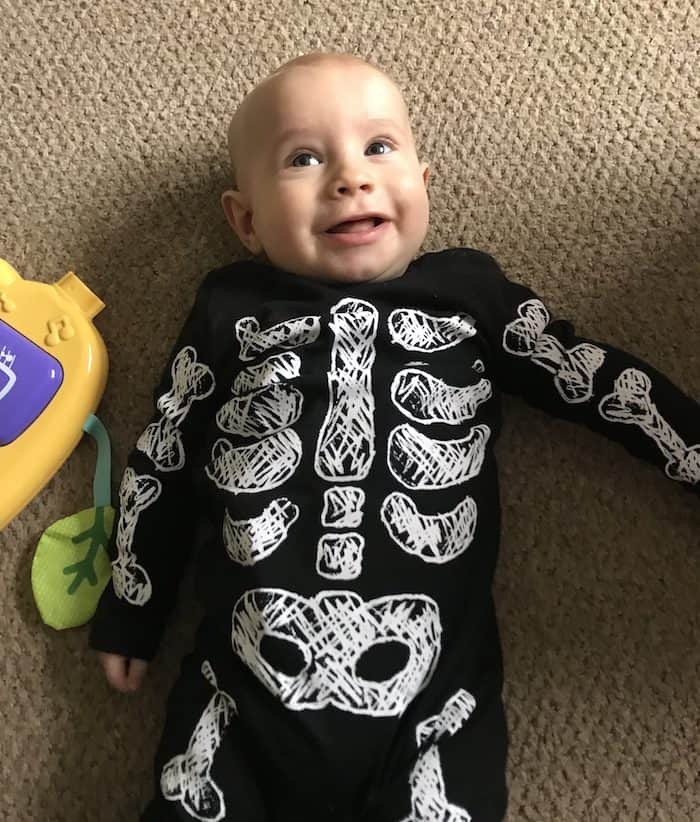 Outside of training, we had a fun Halloween with the kids. Mali absolutely loves pink, dresses and all things sparkly, so she was a pink cat for Halloween and Max a skeleton. With Marc and myself feeling under the weather we probably ended up eating way too much Halloween chocolate, it’s important to never send a hungry Marc shopping for chocolate and sweets. We had a lot to get through!!! 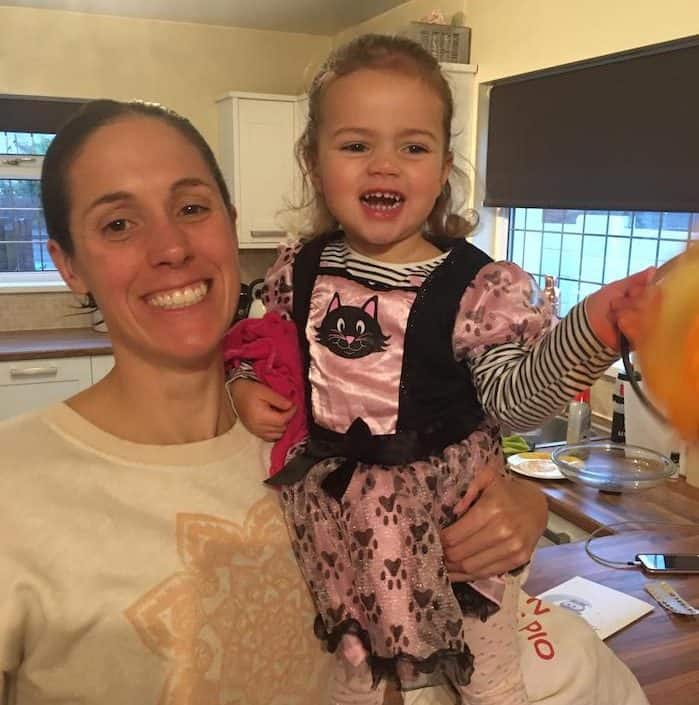 You’ve got to love a Welsh Winter!!!

We are used to a lot of rain in Wales I know, but this is ridiculous!!! Almost feels like a tropical country now and reminds me of Australia and the downpours you get there when it decides to rain. Thankfully, with the aid of some gravel bikes, we have been able to get outdoors and ride and Helen has been thriving.

The winter, with the change in weather brings the virus’s or the kids bring them? Helen has had a nasty one! Rarely does a cold stop her from training but she had 10 days out, which is extremely unusual. I have to keep reminding her, it’s not a big deal and these things happen. We are more used to dealing with setbacks than most, but to her it feels like two steps forward, one step back. So, let’s take the positive, it’s still a step forward and things in sport as with life in general rarely go your way all the time.

Helen is now focusing on racing, hopefully in early February, so training with a goal in mind makes motivation a lot easier to come by. Until this point, training has been lets just see where it goes and if the body holds up. It seems to be holding up, so it was a good time put a marker down and say that’s what we are aiming for. 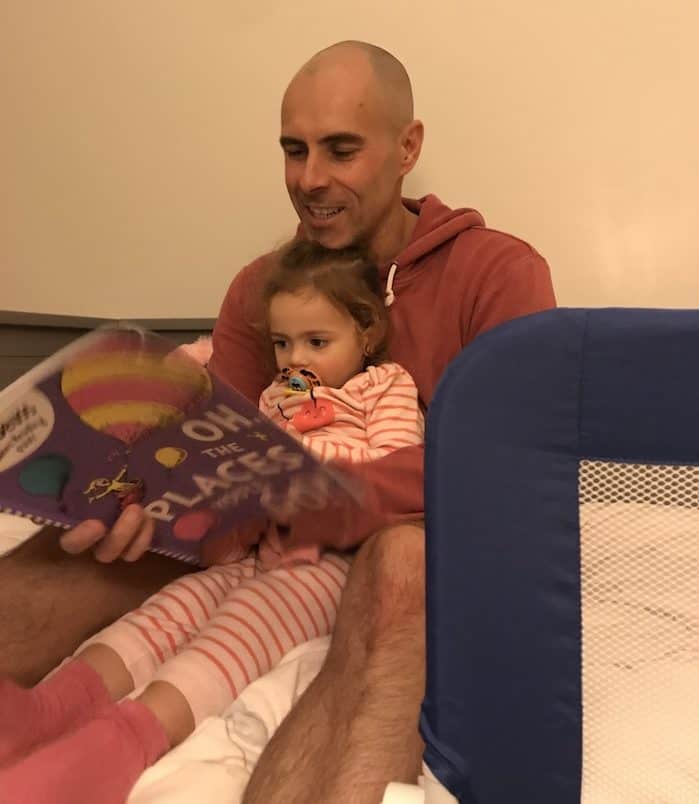 My job now is even harder, juggling keeping up with the kids while still being able to support Helen with her training and being fit enough to keep up with her. A few hours with the kids in the house, reading Dr Seuss with Mali, is easier than a few hours with the wife on the bike! I need to get back to being able to hurt her. I also need to stop eating anything I can get my hands on!

What makes the end of October worse is I’m sick and as all you out there know, there is nothing worse than having a sick man in the house. No one… has ever been as sick as me with a cold. FACT!

A fact that I reminded Helen over and over. That said, as Mali has moved out of her cot into a big bed, we managed to assemble an Ikea bed with no arguments! 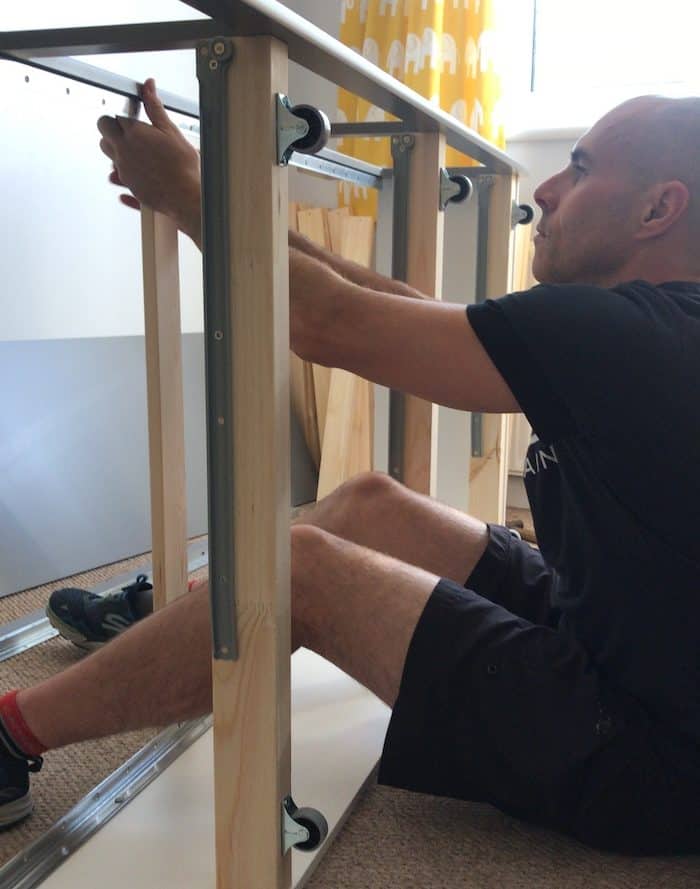 Time to get fitter and loose a bit of weight so I can put it all back on when Santa comes….. I KNOW HIM!