After Friday’s Elite individual events (report here: HERE), it was the turn of the final ITU Triathlon Mixed Relay Series in Edmonton on Saturday.

After fourth place in Nottingham (HERE) and second at the Hamburg World Championships (HERE), it was Gold for the Australian squad of Ashleigh Gentle, Aaron Royle, Natalie Van Coevorden and Jacob Birtwhistle).

Here is the full ITU report from Canada

In the final Mixed Relay event of the 2018 series, Australia broke the tape ahead of the 22 other countries that toed the line on Saturday afternoon in Edmonton, Canada. The largest field of the season included three countries racing the unique Mixed Relay format for the first time: China, Hong Kong and Poland. The race was hot in temperature and scorching in competition, with the top teams in the Mixed Relay standings showing up to earn valuable points in the Olympic Qualification Ranking.

The Mixed Relay format, which is making its Olympic debut in Tokyo 2020, is comprised of two men and two women from the same country completing a mini triathlon before tagging off to a teammate. The mini triathlon is a super sprint in distance: a 300m swim, a 6.6km bike and a 1.6km run. The next competitor must wait for the teammate to complete the race and tag off before they can begin. The race order is always female-male-female-male; the winner is the first team to cross the finish line upon completion of four consecutive mini triathlons. 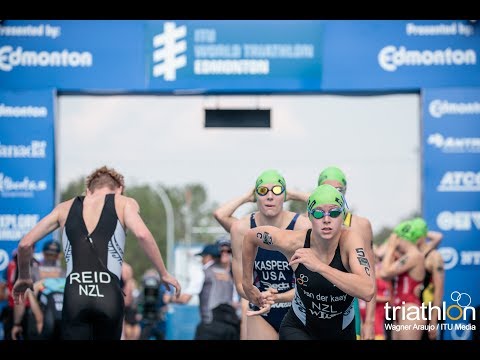 The still waters and clean roads of Hawrelak Park played host to the race once more after a gamut of racing the day before. With the race lead changing a half dozen times, spectators were treated to gutsy all-out racing from athletes. 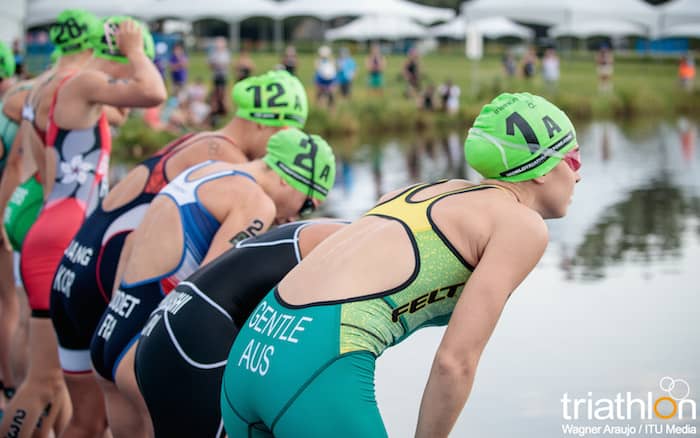 The current World Champions France featured a ferocious foursome that opened with Sandra Dodet, who made way for Vincent Luis, then continued to Mathilde Gautier and closed off with Simon Viain. Early in the race France fell behind Jessica Learmonth(GBR) and Taylor Spivey (USA) in the first round of the swim and bike but bridged back up in the early part of the run, putting France back in the mix against the strong British and American teams. 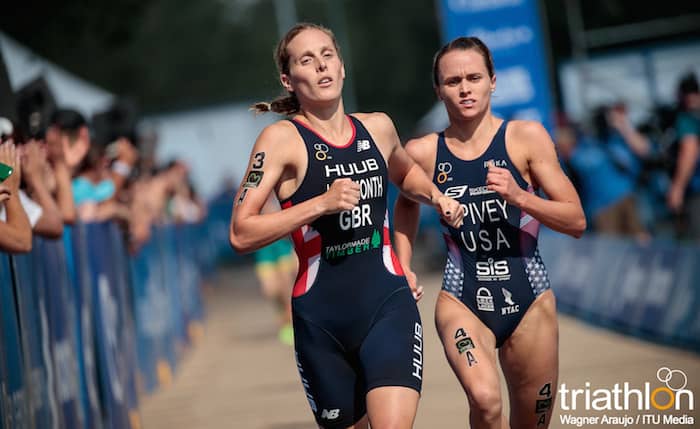 From there Brit Jonathan Brownlee and Luis put on a stunning showcase of power that saw them exchange leads multiple times in a blistering set of swim, bike and run. The men collapsed at the end of the second round as they tagged out their teammates Georgia Taylor-Brown (GBR) and Gautier respectively. Fighting hard in the second round of racing was a number of men who formed the chase pack immediately including Canadian Tyler Mislawchuk, Australian Aaron Royal, Belgian Marten Van Riel, Kiwi Tayler Reid and American Seth Rider. 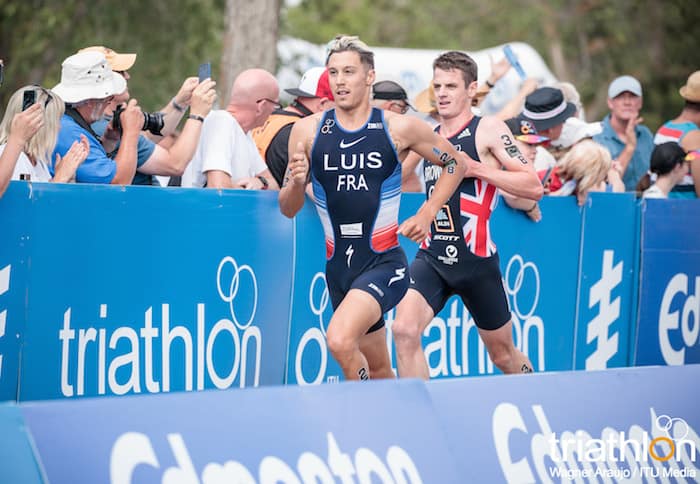 Heading into the third round Taylor-Brown continued her strong performance on Alberta soil to charge forward and put time between her and the chase group. By the time the final tag off took place, five countries were solidly in the mix for a podium position: Great Britain, New Zealand, Belgium, France, and the United States. It was in the anchor leg, however, where Australia pulled forward with Jacob Birtwhistle leading the charge. Birtwhistle turned on the jets and didn’t look back until he greeted his jubilant team at the finish. The American squad hung in for a second place finish and the Kiwis finished seconds later for a third-place showing.

“I did what I always do, go hard from the start. It was a different experience but I really enjoyed it,” said Ashleigh Gentle of her first leg. When asked about the Mixed Relay experience, Royle smiled. “It was hard. There are so many strong athletes across the board here. “ Third leg Natalie Van Coevorden nodded in agreement with Royale. “I really enjoyed the extra challenge of trying to secure a position for Jake,” she said. Birtwhistle benefited from Van Coevorden’s efforts. “It was nice to be in a good place for the whole leg,” he said. “When we are racing, we’re racing for a win.”

Hoping that the power of racing at home would propel them to a strong finish, the Canadian squad that consisted of Joanna Brown, Tyler Mislawchuk, Desirae Ridenour and Matthew Sharpe finished in 7th place. 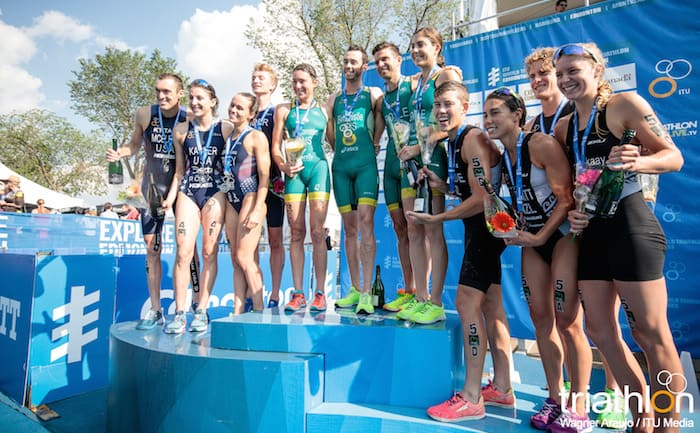