Well that was rather impressive. Jodie Stimpson finished fifth at the ITU World Triathlon Edmonton on Friday – but was still ‘only’ the fourth British athlete across the line!

With just over a kilometre to run, a leading group of five were clear with only the green and gold of Ashleigh Gentle providing visual contrast to the red, white and blue of a British women’s Elite team in fine form.

Holland demonstrated with her win at the AJ Bell World Triathlon Leeds that she is in excellent form this season, and came to Edmonton fired up after and unfortunate crash on the bike leg in Hamburg two weeks ago. She made sure in Edmonton that she would be the one to beat, attacking the race throughout.

An early swim and bike lead was established by Learmonth, Summer Cook (USA) and Vittoria Lopes (BRA), but it was swallowed up by the leading pack on the climb during the first of five bike laps. At the start of the 5km run, all of the key contenders were there but Holland had by far the best transition and looked full of confidence.

Holland set the fastest run time to win in Edmonton for the second time in her career, the last time being in freezing conditions in 2015. In bright sunshine this time, she raised the finish tape ahead of Australia’s Ashleigh Gentle and a hugely impressive Georgia Taylor-Brown, who ran into the bronze medal position. 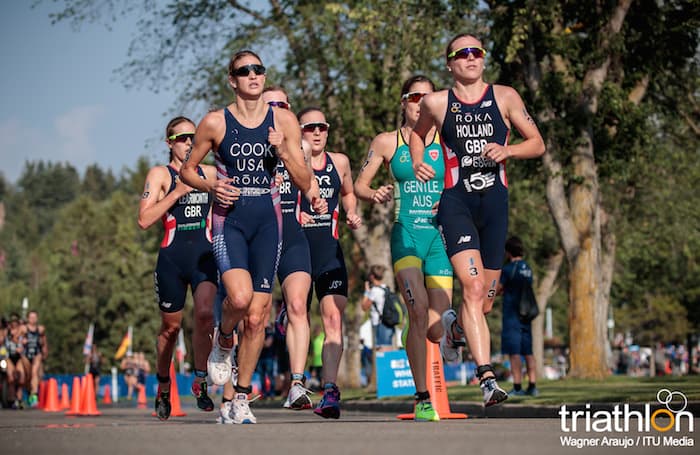 Jess Learmonth and Jodie Stimpson followed her home to achieve one of Britain’s best ever results at an ITU World Triathlon Series event.

Holland, who now moves up to second in the Series rankings behind Katie Zaferes (USA), said: “I was really riding high after Leeds, and I put in a really good block of training. It was unfortunate I had a crash in Hamburg, and I felt very angry and frustrated.”

She added: “I take a race at a time. I try not to think about leading the series too much. Katie has had such a strong season, she hasn’t messed up any races.”

Taylor-Brown backed up her first ever podium finish in Leeds with another, commenting: “It’s amazing to be up here.”

Learmonth and Stimpson demonstrated that they are both hitting good form at the right point in the season with just a handful of key races remaining. Learmonth looks to defend her European title at the Glasgow 2018 European Championships in less than two weeks and the ITU World Championships are set for early September.

There’s also one more round of the Series in Montreal, where more valuable points can be earned before the Grand Final on the Gold Coast. Vicky Holland in particular will be hoping that luck and good form are on her side then to give her an opportunity to challenge for the world title.

Mario Mola (ESP) again dominated the men’s race and maintains his grip on the Series, but Jonathan Brownlee was able to finish ahead of some of the atheltes that beat him in Hamburg, thanks to a good run. He finished fifth and had already decided to focus his attention on the Grand Final rather than chasing more Series points in Montreal. He will go on to the ITU World Cup race in Lausanne next, the location for the 2019 Grand Final, before heading to Australia.

Today’s race was much closer than some of the previous ones this season with just ten seconds separating the top five men. 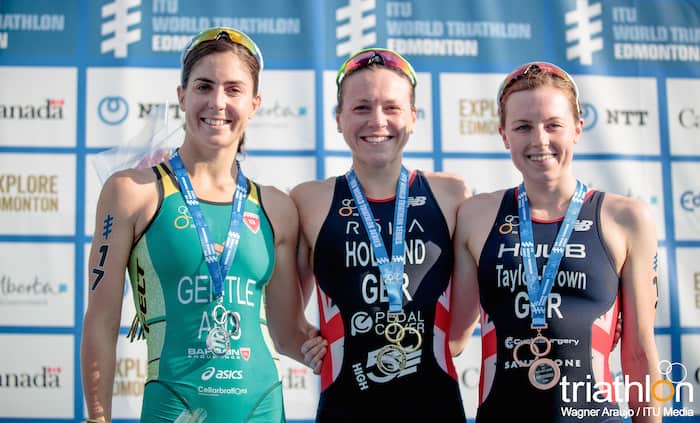 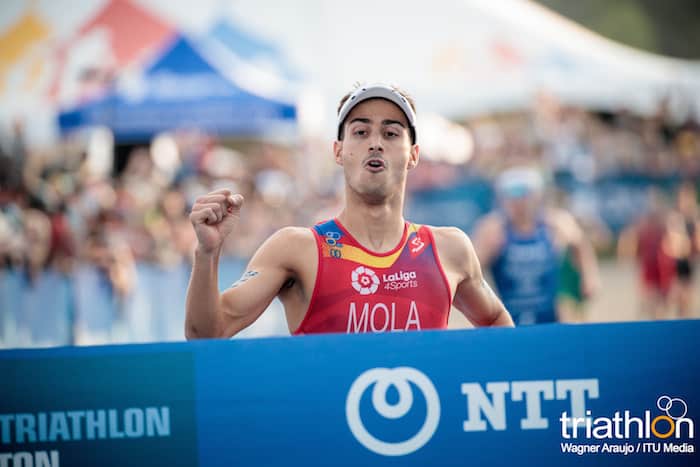