Three races, just ten minutes apart and three different winners. Day One of Super League Triathlon and the ‘Triple Mix‘ delivered on the pre-race promise of changing the dynamics and showcasing different skills and strengths. Each race comprised a 300m swim / 6km bike / 2km run – with the race order different every time. This was T20 cricket or Nitro Athletics applied to triathlon. 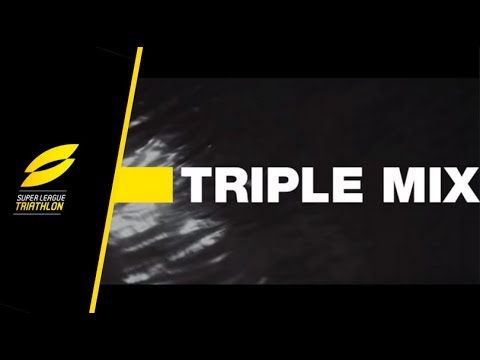 And as for the (live) online coverage on www.superleaguetriathlon.com – from the moment it launched, I thought to myself “wow, these guys have thrown some serious money, knowledge and resources at this”. Fantastic. To do that, almost faultlessly first time out… it was incredible work by the production team and everyone involved. The Super League Triathlon team made some big, BIG, noises about this beforehand… fair play, that was impressive.

Results (in brief – to be updated)

Yeahhh, top step day one of @SuperLeagueTri , was BRUTALLLLL 🙀🙀🙀🙀🙀 thanks sponsors and everyone , tomorrow we have the TT 6:15am and more! pic.twitter.com/QrXznJOt7n

And Alistair Brownlee? Way, way back… “I felt extra specially bad today he said” immediately after race three. As for his chances of a big recovery on day two? “I wouldn’t put money on me!”.

Struggled through the first day of @SuperLeagueTri. Always was going to be a tough ask but hopefully will feel better tomorrow