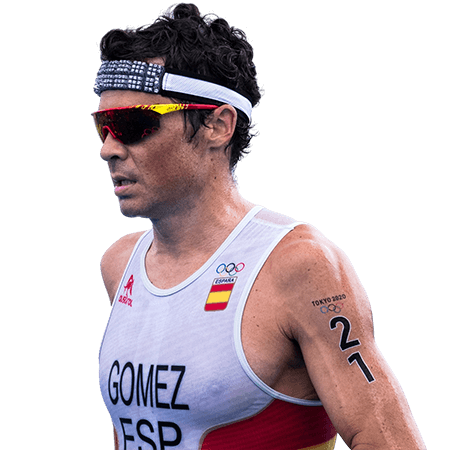 Born in Basel, Switzerland, in 1983, Gomez moved to Spain when he was just three months old. He then moved to Pontevedra in Spain’s Galicia region when he was 15 to pursue a career in triathlon.

Having started off as a swimmer, Gomez’s first triathlon was at an Olympic-distance event in 1998 at the age of 15, and he has fully immersed himself in the sport ever since. Growing up, Gomez also played football.

A true triathlon all-rounder, Javier showed his quality during his early races, winning the U23 Queenstown ITU Triathlon World Championships in 2003.

In 2008, Gomez was named ITU World champion for the first time after winning in Vancouver and during the same year he represented Spain at his first Olympics in Beijing, and was only eight seconds off a podium finish as he came home fourth. Gomez became the first athlete in history to win a hat-trick of back-to-back World Triathlon titles as he was named champion in 2015.

However, the rise to the top was not all plain sailing for Javier as he had earlier fought a six-year battle with Spain’s Higher Sports Council (CSD). In 1999, during a routine medical test by the CSD, Gomez had his international licence withdrawn after an ‘abnormal heart valve’ was detected.

He was allowed to compete overseas again in November 2003, winning the U23 title in New Zealand a month later. But in 2005, the CSD decided to ban the triathlete again – ruling him out of competitions in Spain and abroad until February 2006.

Proficient in long-distance triathlon as well, in 2014 Gomez won his first IRONMAN 70.3 World Championship at Mont-Tremblant and in 2018 he made his full IRONMAN debut – finishing second at the IRONMAN Asia-Pacific Championships in Cairns.

After he was allowed to compete at international level in November 2003, Gomez went on to win his first elite men ITU event four months later when he finished first at the Bloemfontein ITU Triathlon African Cup with a time of 1:49:46. His next win then came at the 2005 Lough Neagh ITU Triathlon European Cup.

With the CSD then deciding to ban Gomez after his win in Northern Ireland, he would not compete again for the rest of year, before making his comeback at the 2006 Doha ITU Triathlon World Cup. However, it would not be long until the Spaniard was on the podium again, coming second in his next race in Aqaba before winning the 2006 Estoril ITU Triathlon European Cup.

In the lead-up to his first Olympics in 2008, Gomez was in fantastic form – winning seven of his eight races earlier in the year – which included another Bloemfontein ITU Triathlon African Cup title and the 2008 Madrid BG Triathlon World Cup, before becoming ITU World Champion for the first time in Vancouver.

In Beijing, Gomez finished fourth in the triathlon event, eight seconds behind New Zealander Bevan Docherty in the bronze medal position. He would later secure an Olympic silver at London 2012 as he finished in between Alistair and Jonny Brownlee for a first medal at the games.

Gomez became ITU World Champion for a second time in 2010, accumulating 3789 points in the new-look ITU World Championship Series, winning in Hamburg and London. In 2013, Gomez won the first of his record-breaking three consecutive ITU world titles, winning in Auckland and the Grand Final in London. At the 2014 ITU World Triathlon Series, Javier won the first three races in Auckland, Cape Town and Yokohama, before adding another win in Chicago as he coasted to another world title, with compatriot Mario Mola finishing second in a Spanish one-two.

Gomez then became the first triathlete in history to win a hat-trick of world titles in 2015, finishing on the podium in eight of the 10 races, winning in Yokohama and Stockholm.

Javier Gomez at 70.3 and Ironman

In addition to being an all-time great in short-course competition, Gomez has also won titles at IRONMAN 70.3 and IRONMAN events. In 2014, he won the IRONMAN 70.3 World Championship in Mont-Tremblant with a time of 3:41:30, producing the third fastest swim (22:09) and fastest run time (1:09:27). He would claim the title again in 2017 with a terrific performance in Chattanooga.

On his full-distance debut, Gomez finished second at IRONMAN Cairns – recording 46:41 on the swim, a bike time of 4:25:08 and running 2:41:02 for an overall 7:56:38. The Spaniard then followed this up with an 11th place finish at the IRONMAN World Championship 2018 and won his first IRONMAN event a year later in Malaysia (8:18:59). In an interview with Bob Babbitt in 2022, Gomez signalled his intention to move away from ITU events and concentrate on long-distance racing.

Javier’s hopes of making an immediate impact on long-distance suffered a blow when he was forced to withdraw from the delayed 2021 IRONMAN World Championship – set for May 7, 2022 in St George – as he battled COVID-19.

Gomez currently rides Orbea’s Ordu Triathlon/Time Trial bike after switching to the Spanish brand in 2022. He is sponsored by On Running, and he trains and races in their Cloudflow trainers. Gomez also has partnerships with Santini Triathlon Wear, Roka, Maurice Lacroix, 226ERS, HED Wheels and ROTOR Bike. 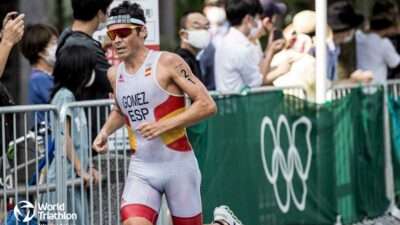 'Not done yet' - Javier Gomez defiant amid 70.3 Worlds withdrawal 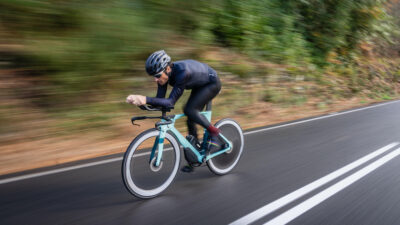 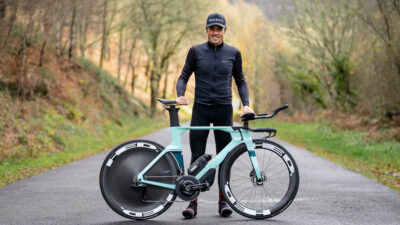 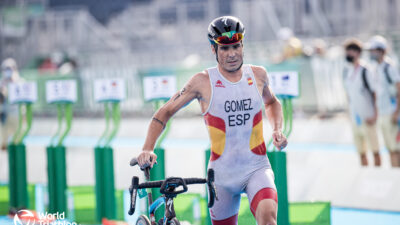 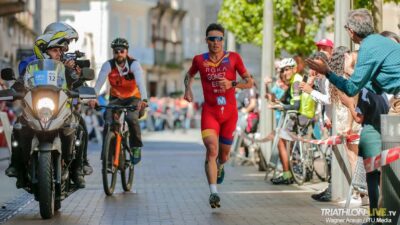 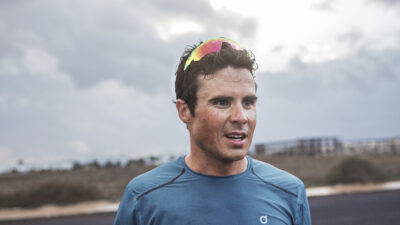 Javier Gomez discusses his past, present and future 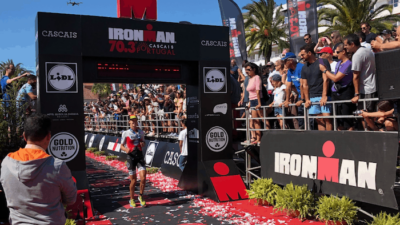 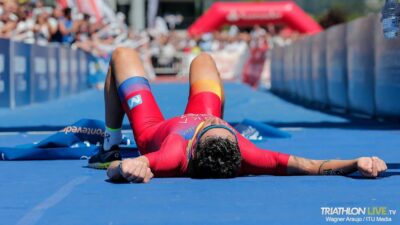 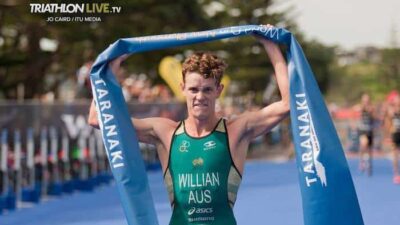