Entries for the 2018 Sandman Triathlon are now open.

The triathlon, which is organised by North Wales events specialists Always Aim High, will take place on Saturday 22nd & Sunday 23rd September and will bring with it everything that’s come to be expected of this spectacular season closer.

As ever, the Sandman weekend will be made up of Sprint, Classic, weekend-long Savage (a combination of the Sprint & Classic), and the hugely well received Sandman Legend 72.4 middle distance race which was first introduced in 2017.

Joining the triathlon races will be the Sandman Sprint Duathlon (again introduced for the first time in 2017) and the Sandman Junior Triathlon.

Competitors at the 2017 Sandman Triathlon called the race ‘the perfect UK triathlon season closer’ and ‘possibly the most beautiful coastal triathlons in the country’ with stunning views of Snowdonia, the Llyn Peninsula and the stunning sandman shorelines of Anglesey around every corner, it’s not hard to see why. 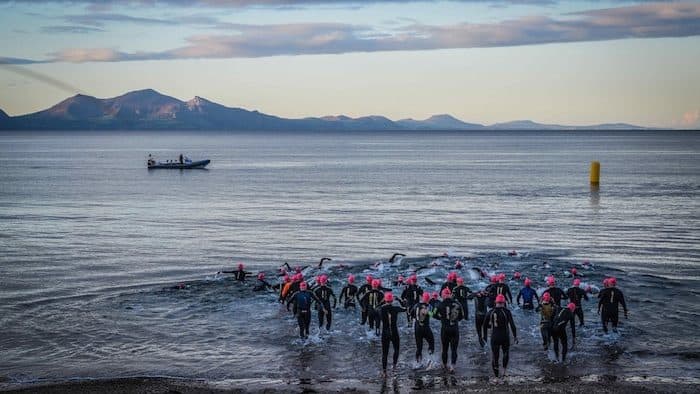 Taking place around a transition area and event village in Newborough Forest, the Sandman features a swim off the blue flag beaches at Llanddwyn followed by a stunning cycle along the country roads of Southern Anglesey. The race concludes with a trail run though Newborough forest, before exiting out onto the beach for a sprint finish through the dunes.

Entries for the Sandman are now open, with an early bird discount for the first 100 entries. For more information visit alwaysaimhighevents.com 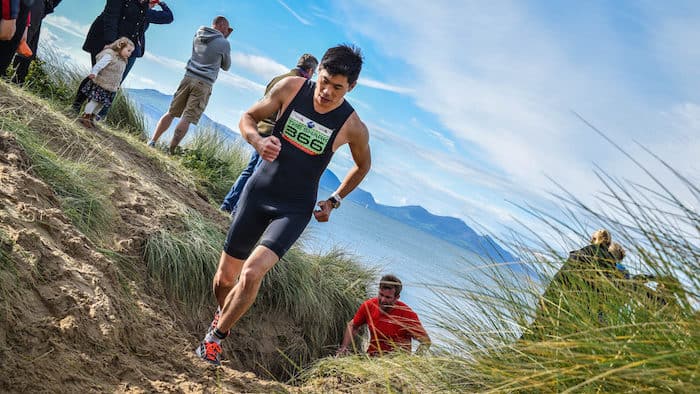