The third edition of the Brighton and Hove Triathlon (www.brightonandhovetriathlon.com) on 16th September was the biggest yet. For 2019, the event looks set to develop further with the recent news (HERE) that the 2019 edition (15th September 2019), will host TWO Age-Group qualification races next year:

In each case, the events are the final qualification races for their respective chances and so will likely attract a bumper entry.

To get a bit more of an insight into the event for those already planning for 2019, we asked the organisers for some images from this years racing – which was one enjoyed by several TRI247 competition winners!

Challenging sea conditions pushed the athletes competing in the Sebamed Brighton and Hove Triathlon to their limit on the first leg of their races.

Sunday 16 September commenced with the 8-14 year olds who braved the crashing waves and big swells to complete their required 50m swim before heading onshore for the bike and run.

Holly Freeman, Event Manager said, “The children were amazing in their races and were very inspiring, diving into the sea with real gusto. It really set an example for the adults.”

By the time the adult races started at 8.30am, conditions meant only the first wave of the Men’s Sprint did the advertised 750m swim before the event team made the safety decision to change the swim distance to 400m for all categories.

Event Organiser John Lunt said, “We evaluated the sea conditions during the men’s 750m and we decided to concentrate the lifeguard power into making the 400m a priority. The lifeguards did a fantastic job and got everyone through the system as a lot of athletes thought the swim section of the competition would be cancelled.”

John continued, “I was briefing the next group of swimmers who were the women’s Sprint. I said, “As you can see from watching the men struggling with the 750m, we have decided to change your distance to 400m.” At which point there was a tremendous cheer of relief from the women who were all clearly relieved!”

Some competitors though were loving the rough sea conditions and one in particular Hazel Fulker, 48, who was competing in the Olympic distance said, “I would love to have stayed longer in the sea and given myself that challenge. I find big waves really exciting to compete in.”

Race Director Julia St John said “We are really grateful to Brighton Lifeguards as we would not have been able to run the swim section of the Triathlon without them. Head lifeguards Ian Davis and Ryan Pook supplied us with over 20 lifeguards who endured the turbulent conditions for over four hours to support our swimmers.”

Julia continued, “We had a fantastic weekend with such a good atmosphere from competitors and supporters. Many people came down from London to support friends and family. We are delighted with the number of participants this year, and are looking forward to launching our 2019 event online tomorrow. “

Entries for next year’s Brighton and Hove Triathlon: www.brightonandhovetriathlon.com. 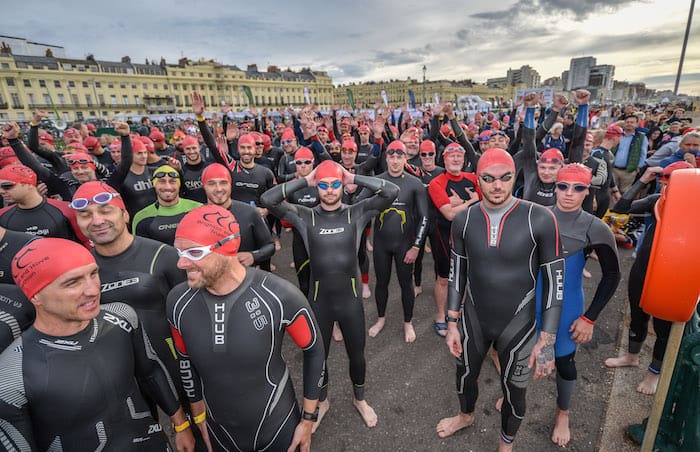 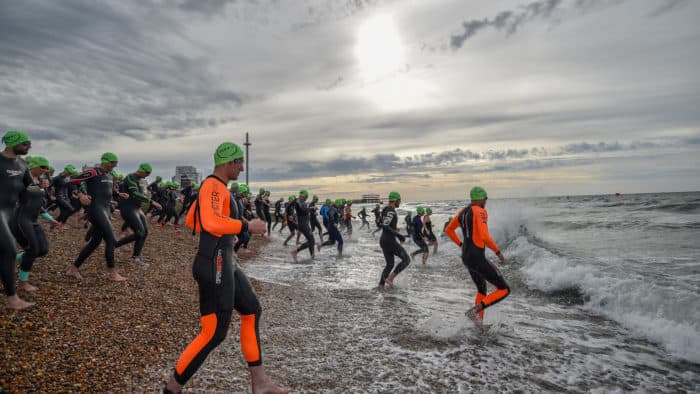 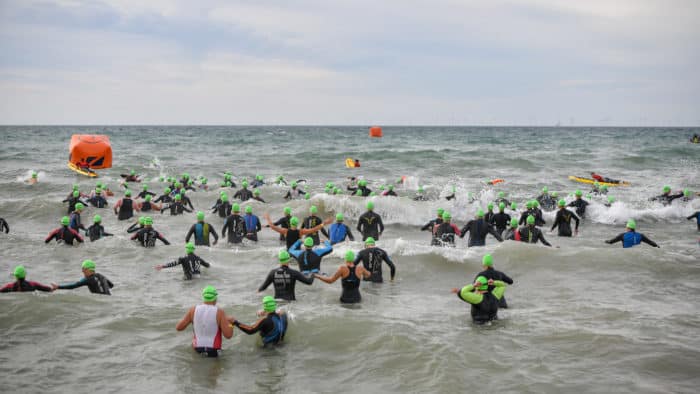 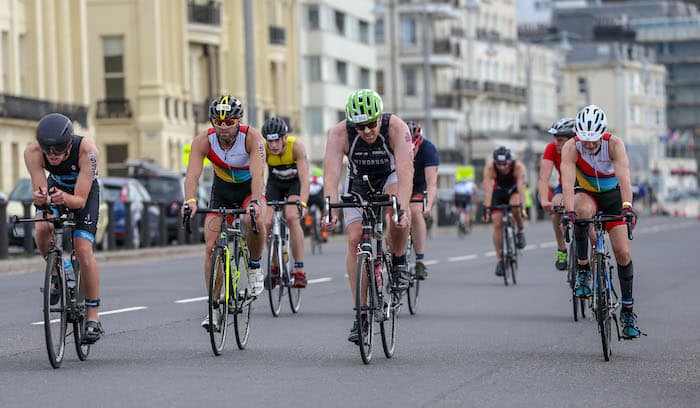 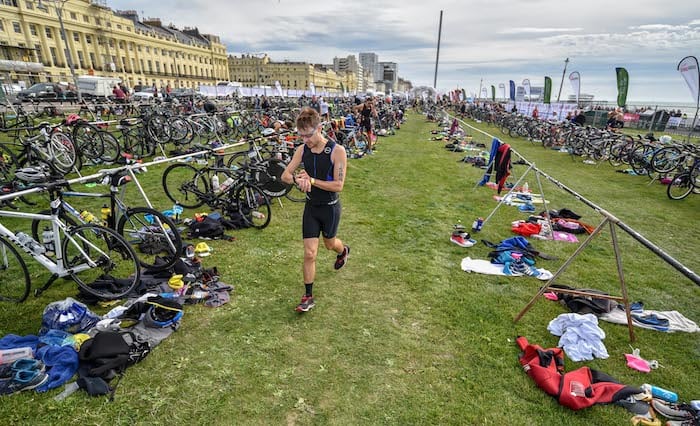 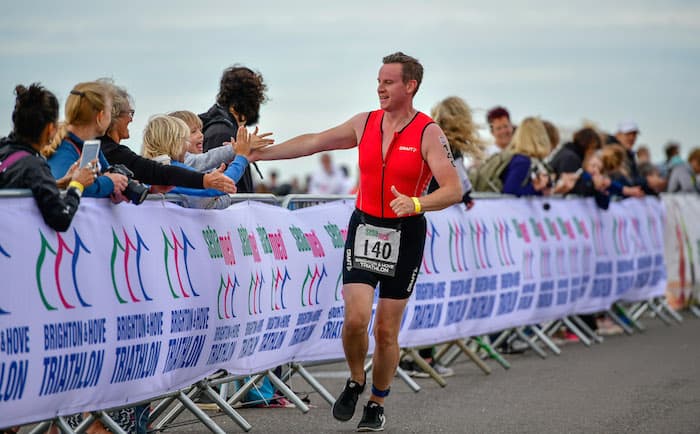 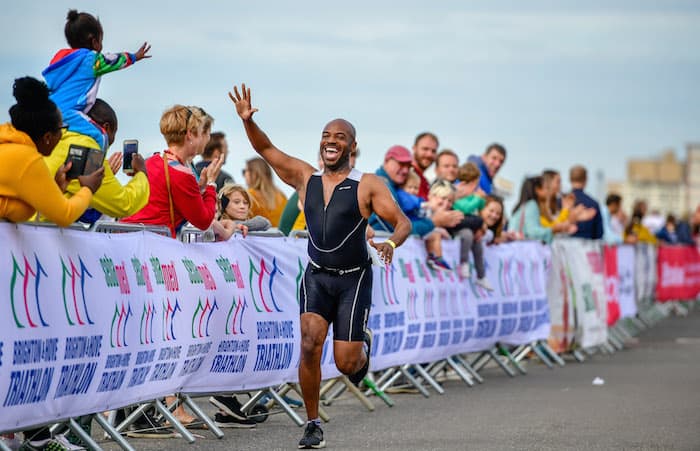 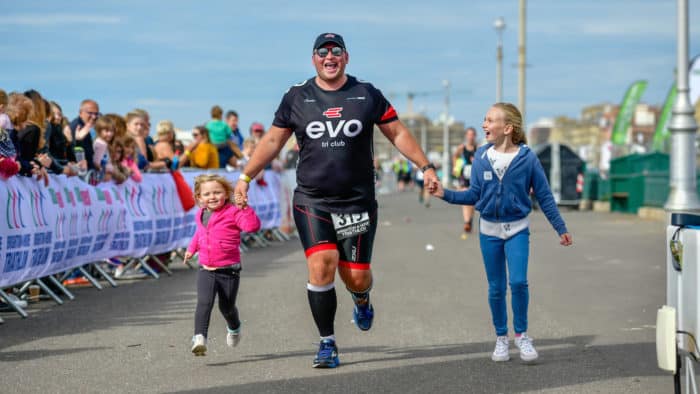 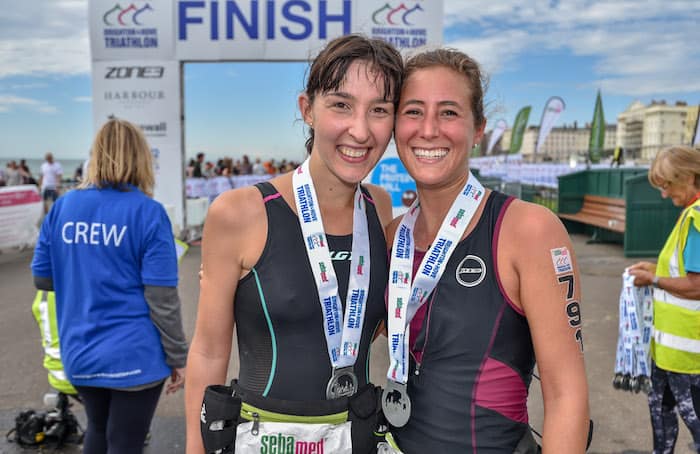 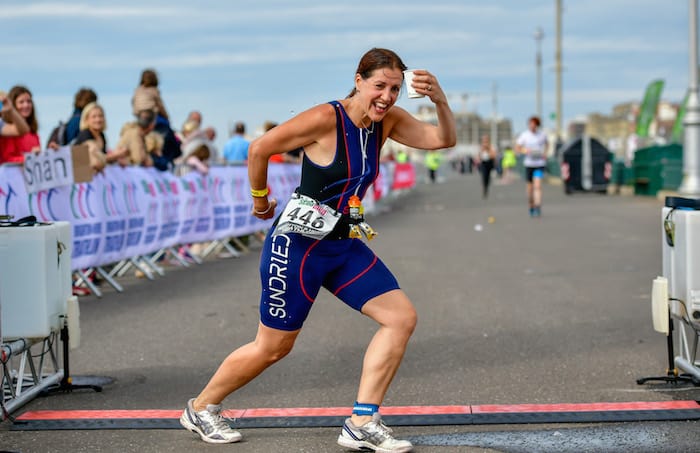 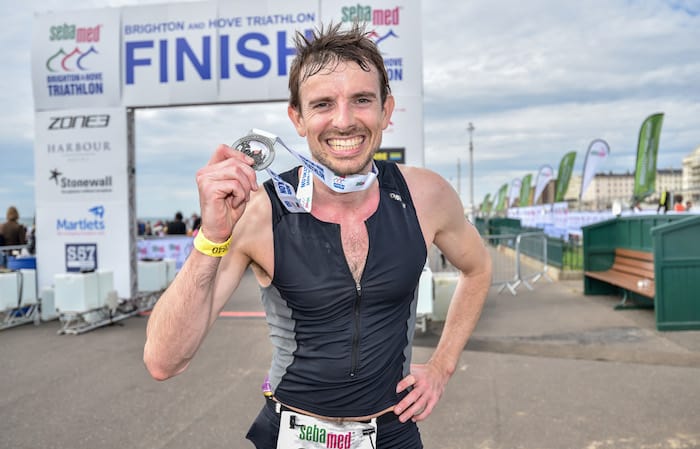 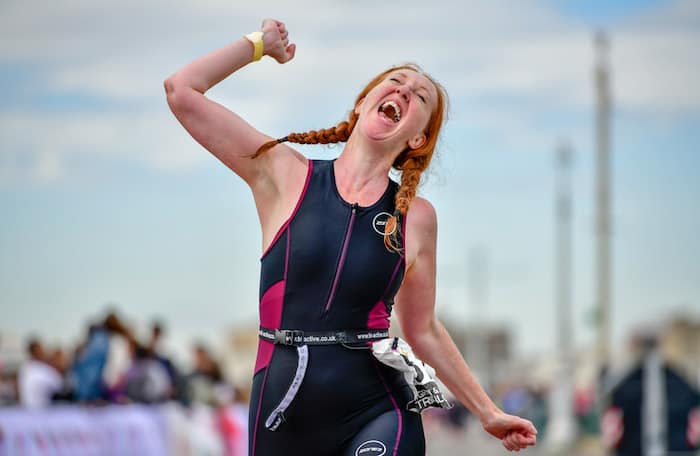 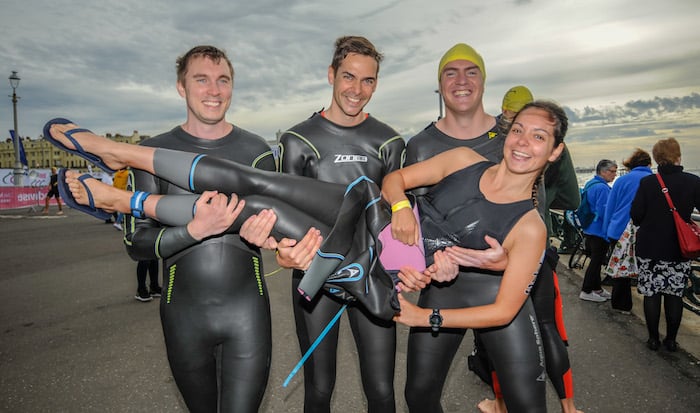