Qualifier controversy at the fourth Brighton and Hove Triathlon

From a standing start in 2016, the Brighton and Hove Triathlon (www.brightonandhovetriathlon.com) has rapidly grown to a two-day, sold out event. This year the event also hosted Age-Group qualifiers for the 2020 ITU World Sprint Championships (draft-legal) and the ETU Standard Distance Championships. The organisers have hopes of attracting more than 2,000 entrants to the race in 2020.

Reporting from the event here is John Lunt, the Event Director and a well-known face in British triathlon circles. He’s seen most things in his career – including organising the London 2012 Olympic Games – but he had something new this past weekend, when a crash during the draft-legal ITU qualifier event meant that the race had to be stopped for 10 minutes following a crash.

Being able to draft or not draft, that is the question?????

Calm, warm sea and glorious sunshine contributed to an incredible weekend of triathlon on Hove Lawns for the sell out, fourth edition of the Brighton and Hove Triathlon.

Organisers say it has been their most successful yet with over 1,600 competitors competing over the course of the weekend in Scootathlon, Children’s Triathlon, Adults Open Triathlon and the British Age-Group qualifying event for both next year’s World Championships and European Championships.

Saturday kicked off with the children’s Scoot with over 130 children racing on the Prom. The level of competitiveness was startling for children so young proving that if you offer children an opportunity to race, they will jump at the chance. The youngest was three and the eldest eight. They scooted, biked and ran along Hove Promenade proud to wear their new orange Scootathlon t-shirts. 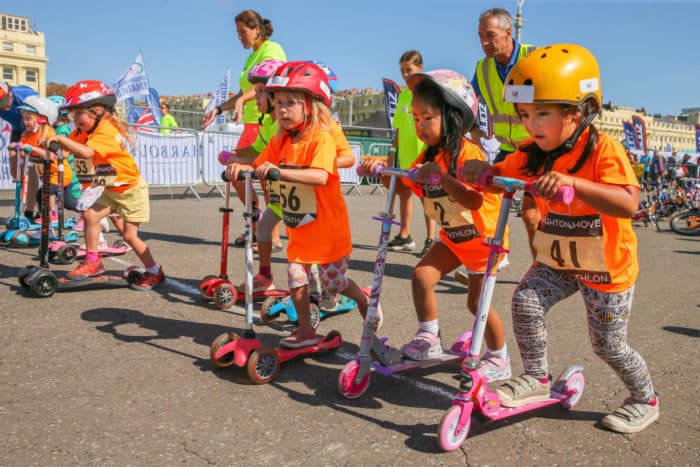 With the fabulous Regency building backdrops of Hove, the sun rose on Sunday morning making the flat sea look like glass, which was a contrast to last years waves. There was only a very slight breeze so racing conditions were ideal. The Kid’s Triathlon started at 8am with the 8 year olds all the way through to the 13 – 14 years. This year the Children raced in the South East Region Children’s Super Series. 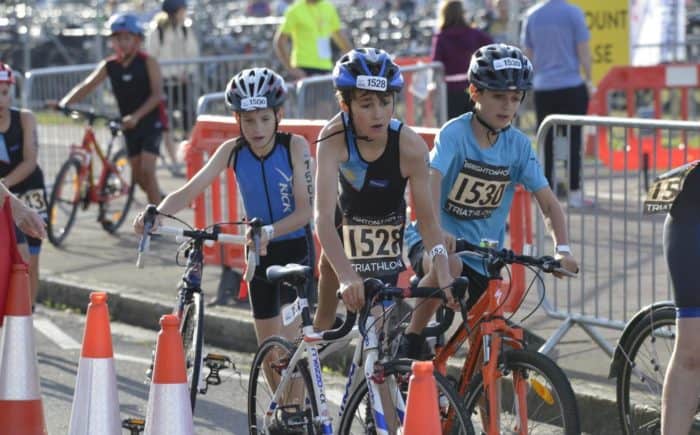 One competitor said, “The sea was so warm it was a joy to swim today. The whole event is so well organised, I love racing at the Brighton and Hove Triathlon. On the bike circuit you can really pick up speed as it is so flat and you feel safe as the roads are closed. It is a really friendly event. I really enjoyed racing today and can’t wait to come back next year.”

The only disappointment in the whole day was the bike crash during the ITU draft-legal sprint race. For safety reasons, the race had to be stopped whilst medical dealt with the two people involved. Competitors were held on the course or in transition until the race was restarted. Fortunately, the rest of the event went without incident. 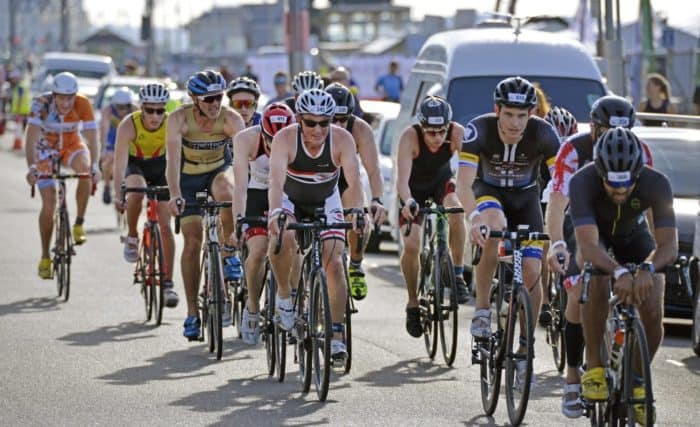 Race Director John Lunt said, “It’s a shame about the bike crash. It was in the first adult drafting wave that went off and a pack went into the back of a slower rider. The team here are really disappointed we couldn’t make Brighton a fantastic experience for everyone.“

John, who delivered  the triathlon at London’s Olympic Games and created the Human Race events business, added, “In my 30 years of organising events, this is the first triathlon I’ve ever had to stop. Safety and athlete welfare has to come first. At the end of the day it’s only a race and life has to continue. No doubt the debate about age-groupers drafting will continue. 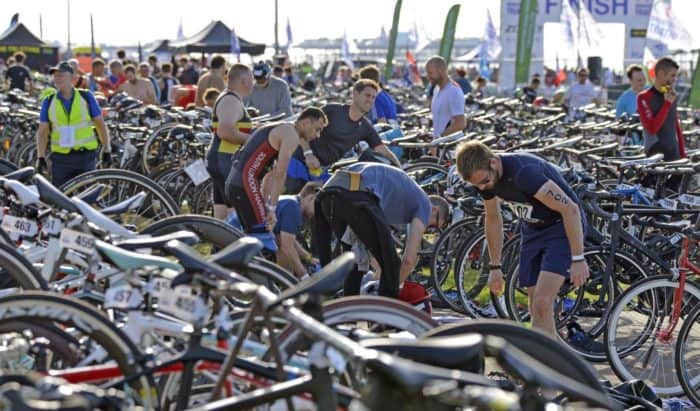 “However, we couldn’t be happier. We have had a huge turnout and all the comments I have received so far have been positive. It is extremely encouraging when people come up to me to say it is their first triathlon and they have had such a great experience they will be back again next year. Building on the success in 2019, we hope to have in excess of 2,000 participants next year.”

The eldest competitor was 87 year old Johannes Van Leeuwen who competed in the Super Sprint. This was his first ever triathlon. He was accompanied by his son Alex to help him along and the eldest competitor in the ITU Sprint category was Geoff Gearing, 85, of Exeter Triathlon Club. 80 year old  Daphne Belt who won the 80+ Age Group World Championships in Lausanne competed in the Women’s Olympic distance. This was her third year competing at the Brighton and Hove Triathlon. 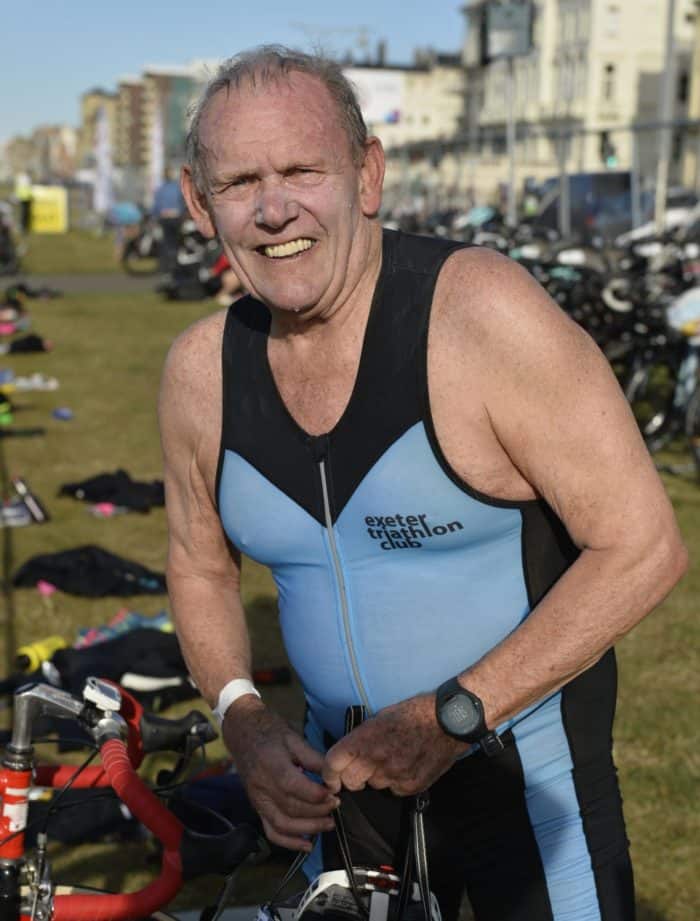 Making a welcome return to triathlon was Mark Edmonds who raced in the Elite GB squad back in the 90s. He’s had 13 years off and decided to race the ETU qualifiers and gained a place to race at Tartu in Estonia next year. Mark is also the 3-times Gold Medal winner at the Gay Games Triathlon.

Next year’s date will be the 13th of September 2020 and entries will be open next week.