As already confirmed with the release of the British Triathlon Major Events Calendar for 2018, the 2018 British Middle Distance Triathlon Championships will be held at ‘The Gauntlet’ at Hever Castle on Sunday 8th July 2018, part of the Festival of Endurance event from Castle Triathlon Series.

A challenging course, for those hoping to feature at the very front of the race is the added incentive of a £2,000 prize purse, which will be split as £600 / £300 / £100 to the top three male and female athletes. You can currently enter the race with a 25% discount HERE.

The Castle Triathlon Series will host the 2018 British Age-Group Middle Distance Triathlon Championships at the Festival of Endurance* at Hever Castle on Sunday 8 July 2018. Since conception the Festival of Endurance, one of the six weekend events in the Castle Triathlon Series event calendar, has grown from strength-to-strength with glowing reviews from competitors taking part. British Triathlon has recognised the event for its stunning location and capacity to test half iron distance feats.

(* The Festival of Endurance provides competitors with the chance to go long in various formats including The Half Iron Distance, The full Iron Distance (The Bastion), Marathon, Half Marathon, Aquabike, Aquathlons and long swims). 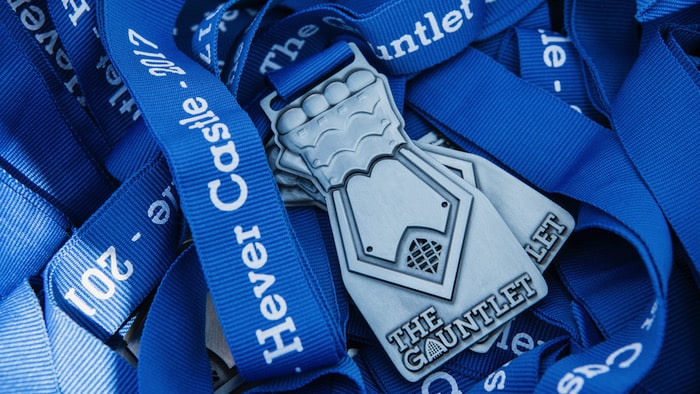 The middle distance, otherwise known as The Gauntlet half iron distance, saw 190 Gauntlets last year at the Festival of Endurance and a further 450 at the Hever Castle Triathlon in September. The course is made for a National Championship with a unique 1.9km swim in a single loop taking in the main Hever Castle lake and a tributary of the River Eden. The 90km cycle (2-loop course) winds its way through the stunning High Weald of Kent and the Ashdown Forest. The 21km run course (2-loop course), follows largely off-road tracks and bridle paths between Hever Castle, through the historic local village of Chiddingstone.

“Each of the championship events have been chosen for their fantastic location and ability to stage a show-stopping event and we look forward to another exciting season for the sport.”

The Castle Triathlon Series are delighted to make available a prize pot of £2,000 for the middle distance event. British Triathlon medals will be awarded to eligible male and female competitors finishing in the top three of their age category. (Please note to be eligible for a British Championship medal, athletes must be a member of British Triathlon.) Those athletes that become the British Triathlon national champion in their age group will also automatically pre-qualify to the 2019 ETU Middle Distance Triathlon European Championships. The results from this event can also be used for general Age Group selection to the 2019 ETU Middle Distance Triathlon European Championships by submitting final race times.

The event village is in an iconic and unique setting in its own right set just in front of the castle itself and finish right next to the drawbridge. Spectators have live music, entertainment and castle grounds to keep them busy when not cheering on participants.

In 2017 the race attracted a competitive field, the leaderboard and race times were as follows: 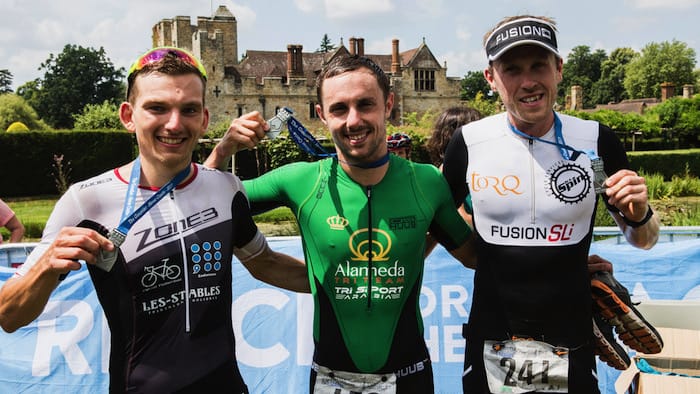 Tom Higgins comments on the course ,“The course is tough with lots of climbing and when you get off the bike it continues onto the run. It’s a great atmosphere, Castle Triathlon always puts on a great, well organised event with fantastic marshals and great support on the course.”