Just as you were thinking you haven’t finished your 2017 racing season, it is time to start planning for next year. This is the annual ‘big’ announcement from British Triathlon of the Age-Group Major Events Calendar, which includes British Chmapionships, Triathlon England Championships and ITU/ETU Qualification events.

The full release is reproduced below – here is a summary of some of the key points:

Along with the championships (and the qualifiers), the other significant change is the move of qualification races for World Championship events to “year before the actual race”, in the same way that ETU European Championship qualification works now – i.e. the 2018 ETU event qualifiers were held in 2017.

With sometimes limited time (and thus increased costs), to book travel to often far away destinations at short notice, I can see the logic and consistency in that move for ITU event. What it does mean though is – for 2018 only – there will be ITU qualification races for Championship races in both 2018 AND 2019. So, make sure you take a long hard look at the list and make sure you are entering the right qualification race for the event AND year that you want to race in! 2018 will thus be an even more packed and confusing calendar than before – though ultimately, that ‘switch’ has to happen somewhere.

As in previous years, 2018 will provide high quality events for all age-group athletes with the prospect of earning the right to wear the Great Britain Age-Group Team Tri Suit. Marking a change for the coming season, Great Britain Age-Group Team qualification events for ITU Sprint and Standard Distance Triathlon Championships will be moving in line with the European qualification process so that athletes qualify a year in advance of their particular championship. 2018 will therefore represent the changeover year in which age-group athletes have an opportunity to qualify for both the 2018 and 2019 ITU Triathlon World Championships. This change offers age-group competitors additional opportunities in 2018 to qualify for the team.

British Triathlon Director Major and National Events, Jon Ridgeon, said “We’re delighted to be able to fully confirm the 2018 British Triathlon Age-Group Major Events calendar, offering all our athletes fantastic locations for them to compete for British titles over the coming 12 months.

“It’s great to be able to return to many of our previous locations for championships as well as welcoming athletes to some brand-new venues, with each having been chosen for it’s fantastic location and ability to stage a show-stopping event.”

“I’m looking forward to what is set to be another fantastic season of triathlon.”

All of the individual events comprising the 2018 programme offer athletes the chance to experience competing at the leading age-group races across the Home Nations. Each event demonstrates some of the highest quality event-management and will give each competitor an opportunity to achieve their personal triathlon challenges in a safe and enjoyable environment.

For full information on all opportunities in which athletes can compete for a British or Triathlon England National title or qualify for the Great Britain Age-Group Team in 2018, please visit here: https://www.britishtriathlon.org/events/championships-and-qualifiers/itu-etu-qualifiers 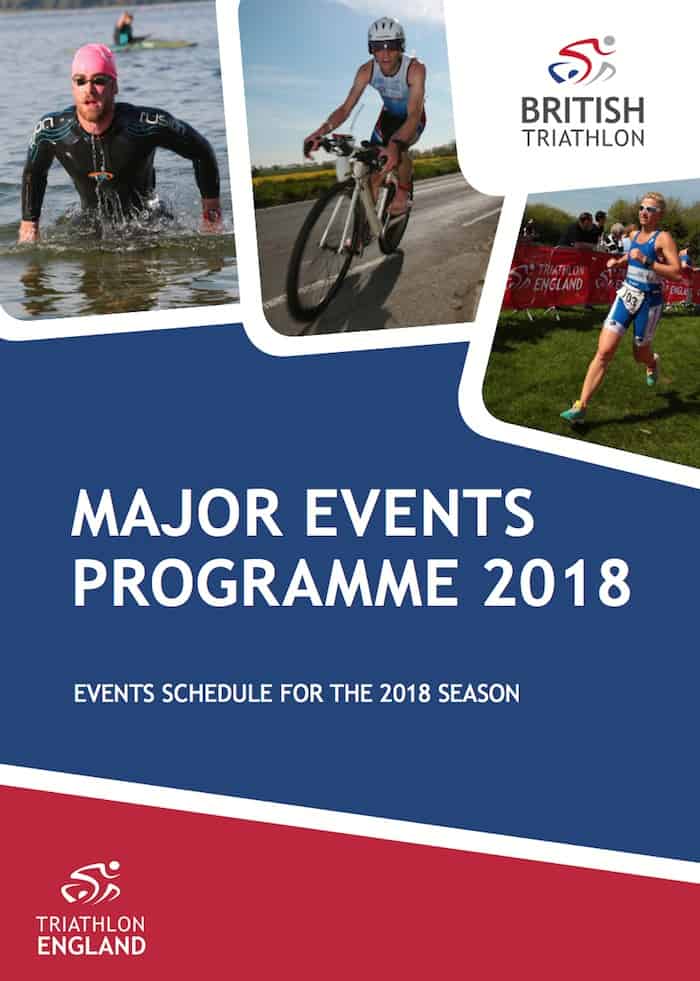