Castle to Coast cancelled due to weather forecasts

It’s been a very challenging year for event organisers. A cancelled swim at IRONMAN Ireland and a cancelled bike leg at the Outlaw Triathlon are just two of  many major events that have had to make adjustments due to circumstances beyond their control, namely, the weather.

And here’s another, with the inaugural Castle to Coast Sportive Triathlon scheduled for Saturday, not able to be run at all.

A new format to the multisport landscape in the UK, this was an event that I personally liked the concept of and think it would appeal to many others too. After so much work in developing a new event, a tough position for Lee Brown and the Fullsteam organising team to be in – but based on all of the reports I’ve heard and seen on the TV today, a decision that they had to make. I really do hope that all of that planning can be put to good use and that it can return in 2020.

Here is a copy of the full email just sent out to event entrants:

Unfortunately since our previous email advising of the yellow alerts for winds the forecasts have continued to worsen and the likelihood increase.

After extensive consultation with safety teams, suppliers, trusts and local county councils, we have had to make the difficult decision to cancel Castle to Coast on 10th August 2019.

The safety and security of the spectators, volunteers and participants are paramount, and the likely wind speeds means that we can no longer safely deliver the event.

The Met Office weather forecast for the weekend currently predicts heavy wind across more or less entirety of the course, with gusts of up to 60mph causing a number of issues for the event. These sort of wind speeds could potentially cause cyclists to crash as well as downing trees on the bike course. It makes running and the delivery of aid stations o then trail at elevation extremely challenging. It also means we are unable to erect the infrastructure needed to be able to deliver the event (including safely storing everyone’s’ bikes during the event).

While it is hugely disappointing for us to have to cancel the inaugural Castle to Coast event, after so much effort developing it this year we’re keen to run the 2020 event. We will review our event plans following this cancellation for next year and we hope you will support us again in creating an epic new event. 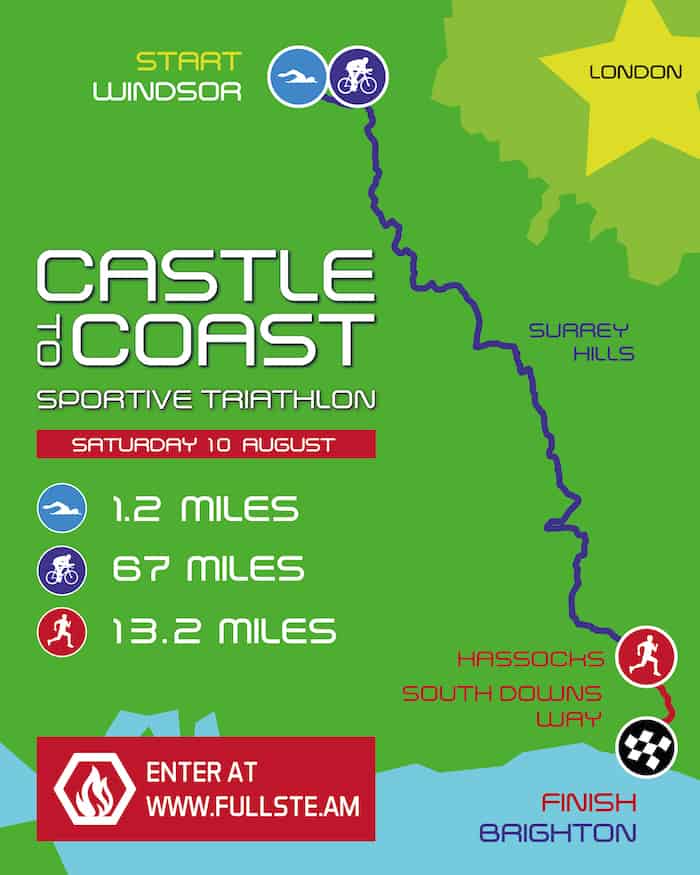