For many years (since 2007), IRONMAN has hosted 70.3 racing in St. Pölten, adding a further half distance race in Austria at Zell am See-Kaprun from 2012.

The long-standing and popular St. Pölten is no more… at least, not under M-Dot colours, having previously been confirmed at Challenge St. Pölten from 24th May next year.

Not one to rest on their laurels, a new IRONMAN 70.3 race for Austria as just been announced in Graz, the country’s second largest city. Maintaining that same early season date in the schedule (24th May) is sure to add further competitive flames to the Challenge / IRONMAN market, with two major middle distance races in Austria on the same day.

IRONMAN, a Wanda Sports Group company, today announced that it will add a third race in Austria in 2020 – the IRONMAN® 70.3® Graz triathlon. The event in the country’s second largest city will be held on May 24, 2020, replacing the discontinued IRONMAN 70.3 St. Pölten.

“With a visually stunning course, a nearby international airport, a strong triathlon community and perfect infrastructure for our athletes, we feel that Graz is an ideal location for a new IRONMAN 70.3 triathlon,” said Stefan Petschnig, Managing Director of IRONMAN Europe, Middle East and Africa. “We are thrilled to welcome the city and the state of Styria to IRONMAN.”

Coincidentally, Petschnig is also the founder of IRONMAN Austria as well as IRONMAN 70.3 Zell am See-Kaprun, which was the host venue for the 2015 IRONMAN 70.3 World Championship. 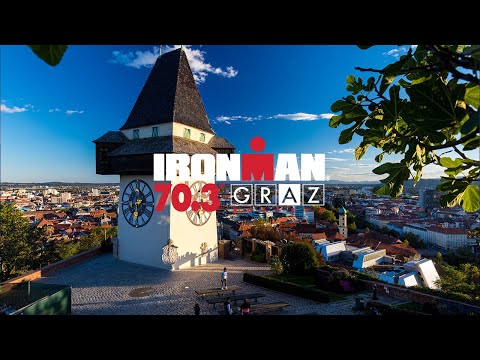 Graz is the capital of the Austrian state of Styria and 290,000 inhabitants call the city their home. Located approximately 200-km (125 miles) to the South of Austria’s national capital Vienna, Graz boasts a rich history of architecture, culture and educational institutions including medical and technical universities. Furthermore, the historic city centre of Graz  was added to the UNESCO World Heritage list in 1999. In 2003, Graz became the “European Capital of Culture.” Actor and politician Arnold Schwarzenegger, arguably the country’s most well-known movie star and former Governor of California from 2003 to 2011, was born and raised in nearby Thal.

Athletes will start their race with a 1.9-km (1.2 mile) swim at the Schwarzlsee, a popular recreation area near Graz-Thalerhof airport. After the single-loop swim, athletes will exit the water at the observation tower near the Davis Cup tennis hall and make their way to the first transition area conveniently located only 150m (165 yards) away.

The scenic single-loop 90.1-km (56 mile) bike course first leads to the south and then to the east where athletes will pass through smaller towns and the Kainachtal valley. The course then turns to Gschnaidt where the steepest climb of the race awaits participants. However, with a total cumulative climb of only 490m (1,600 ft) on the bike course, IRONMAN 70.3 Graz is a great fit for first timers and experienced athletes alike.

On the run, athletes will experience the sights and sounds of the historic city centre as they complete the two-loop 21.1-km (13.1 mile) course. The finish line is located at the Karmeliterplatz, a large city square surrounded by centuries-old buildings with a stunning view of the Grazer Schlossberg or “Castle Hill” on top of which sits the “Uhrturm” (the clocktower), the city’s most famous landmark.

“IRONMAN 70.3 Graz is a wonderful opportunity to connect the sportive and cultural offers of the city,” said Siegfried Nagl, Mayor of Graz. “Athletes will love the fact that the run course passes major monuments and landmarks such as the ’Schloßberg’ and the ’Uhrturm’. Fittingly, the race briefing will be held in the historic opera house.”

“We are excited to bring IRONMAN to Graz,” added Kurt Hohensinner, Sports Councilor of Graz and an avid runner himself. “It perfectly ties into our program of becoming the Austrian ‘sports capital’ in the future. Spectators will be able to feel and experience the IRONMAN spirit up close along the course.”

“IRONMAN is a perfect way to engage the general public, young and old and motivates people to engage in healthier lifestyle and maybe race themselves one day, even if it’s in a relay team at first,“ said Anton Lang, Sports Secretary of Styria.

“We can’t wait for 2020 to come and are looking forward to show our beautiful state to the international IRONMAN athletes. Also, the Styrian cuisine is noted around the world and we are sure this is something that the athletes and their families alike will come to love and embrace,” said Barbara Eibinger-Miedl, Tourism Secretary of Styria.

“We are constantly expanding our cultural and culinary programs. IRONMAN 70.3 Graz will be a world-class event that complements what our city already has to offer its visitors,” added Hubert Pferzinger, Chairman of the Graz Tourism Association.

“We are thrilled to be in Graz. The support from the city and all parties involved has been nothing short of amazing,” said Erwin Dokter, Managing Director of IRONMAN Austria. “We all share a common vision of taking triathlon in Austria one step further. With IRONMAN 70.3 Graz in the spring, IRONMAN Austria-Kärnten in summer and IRONMAN 70.3 Zell am See-Kaprun in early fall athletes wanting to race in Austria can now choose from three amazing different locations, three different courses and three seasons. This is a place that loves sports and embodies the kind of spirit that our athletes will remember forever once they have competed here.”