The IRONMAN VR Championship Series will enable athletes to qualify for the 70.3 World Championships through Virtual Racing. It starts this coming weekend…

With additional rules in place, restrictions on permitted equipment and platforms to be used, IRONMAN have today confirmed the details of the IRONMAN VR Championship Series, the latest development of the IRONMAN Virtual Club and Virtual Racing initiatives.

Here are the full details, dates, rules and process for you to digest. Don’t take to long though, the four week series starts this coming weekend (5-7 June).

CLICK HERE FOR RULES & REGULATIONS FOR THE CHAMPIONSHIP SERIES

NEXT EVOLUTION OF IRONMAN VIRTUAL RACING UNVEILED WITH LAUNCH OF THE CHAMPIONSHIP SERIES, PROVIDING ATHLETES MULTI-WEEK COMPETITION WITH IRONMAN 70.3 WORLD CHAMPIONSHIP SLOTS ON THE LINE

IRONMAN today announced the formation of the IRONMAN® Virtual Racing™ (VR™) Championship Series, a four-week long regulated age-group competition designed to reward top-performing athletes. In a structured and competitive virtual environment, an athlete’s overall standing will be based upon their top three performances in aggregate over a four-week period. Athletes will be competing for an opportunity to race in the 2020 edition of the IRONMAN® 70.3® World Championship with a total of 75 qualifying slots allocated across age groups for top performers. 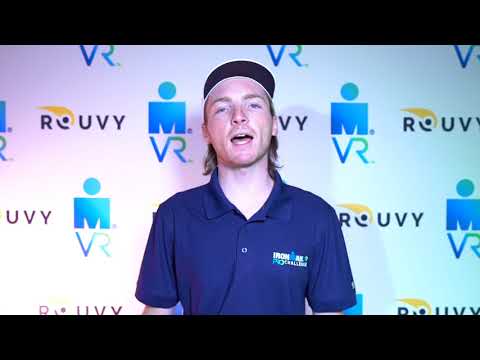 “The first weeks of the IRONMAN Virtual Racing Series and IRONMAN Virtual Club platform have been a success in bringing our community together while guiding us to this new competitive series,” said Andrew Messick, President & CEO for The IRONMAN Group. “Giving athletes who have a competitive itch the chance to see how they stack up against others has always been a goal for us in IRONMAN VR. We believe that we have a competitive format that is robust enough to assess relative performance accurately while maintaining the integrity that IRONMAN and the sport of triathlon has come to represent.”

For the IRONMAN VR Championship Series, athletes must complete the run segments outdoors, while the bike segment must be completed on the prescribed weekly course utilising the Official Virtual Training partner ROUVY’s augmented reality in Race Mode (not Training Mode). Additionally, while the competition weekend consists of a 54-hour period, athletes must complete all three segments of the contest within 12 hours of starting their race, performing the disciplines in the proper order (short run, bike, long run).

In order to be eligible to compete in the IRONMAN VR Championship Series, athletes must be registered on the IRONMAN Virtual Club platform and have completed at least one physical IRONMAN 70.3 or IRONMAN triathlon, or one 5150 or IRONMAN 70.3 race simulation through IRONMAN VR. Those who currently do not meet eligibility standards are able to register on the IRONMAN VC platform and compete in the Classic division of IRONMAN VR10. The IRONMAN VR Classic Division will remain unchanged and open to the entire global athlete community who wish to focus on one’s own personal performance goals on preferred equipment.

Bringing the IRONMAN community together virtually, the IRONMAN® Virtual Club™ continues to grow and has now reached over 100,000 members across 170 nations and all U.S. States on the platform with tens of thousands completing IRONMAN Virtual Club Challenges since its recent launch. In addition, through the new Race Honorably campaign, IRONMAN’s goal is to provide an exceptional virtual racing experience with credible results that requires athletes to do their part by entering accurate data. Additional details can be found on the IRONMAN VC platform at www.ironmanvirtualclub.com.

For questions about the IRONMAN Virtual Racing Series, athletes can email [email protected].