Tri Hard; Former Armed Robber To Challenge His Way To Redemption In Holland

When John McAvoy first had dreams of becoming a professional athlete, several metres of concrete, barbed wire and iron bars held him back. The former professional bank robber was currently mid-way through a hefty prison sentence, serving time for conspiracy to commit robbery and firearms offences.

Whilst behind bars in 2009, after watching a news report covering the death of one his close friends during a police chase, John realised that his life of crime was over. Redemption takes many forms, and McAvoy found solace and peace in the prison gym.

Following several years of training and fitness regimes at her majesty’s pleasure, and breaking indoor records left, right and centre – John was released and immediately turned his attention to bettering himself, and his personal bests, by entering the world of multisport.

John’s journey through triathlon has taken many turns, from success at indoor rowing championships in 2012, to a podium at London Ultra Duathlon in 2015. In 2016 he turned his attention to long-distance races, and competed at the European Championships in Frankfurt.

Now, John will compete with the biggest and best age groupers from all over Europe, as it is announced that he will race CHALLENGEALMERE-AMSTERDAM, taking place in Flevoland, Holland this September….

For more information on the race, please visit: www.challenge-almere.com

For more details on John and his background, visit www.therealmcavoy.com 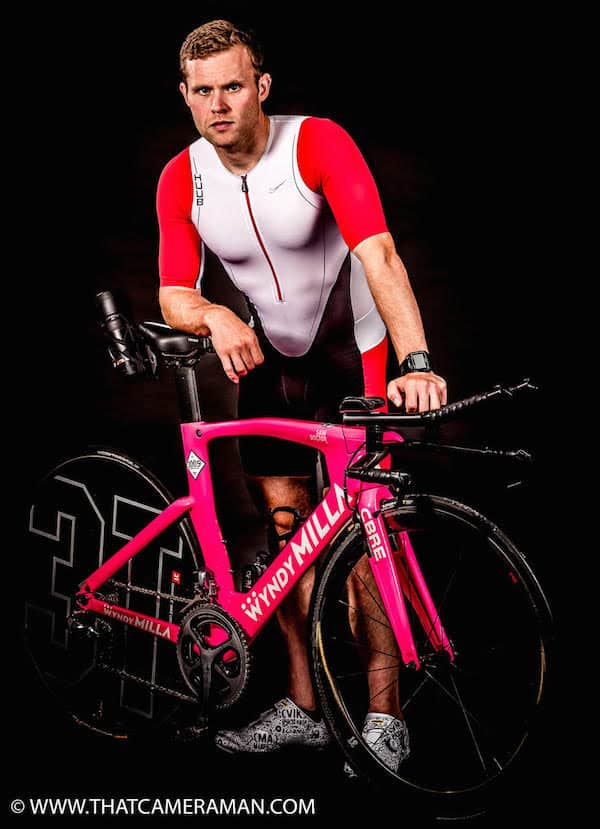