Race report and news from the 2017 edition of the 32Gi Eastbourne Triathlon which was held on Sunday 4th June 2017.

True to predictions, it was the Jordanian Olympian professional Lawrence Fanous, who came from the Arab country to claim the 2017 32Gi Eastbourne Triathlon title in a course record time of 1:01:01. Fanous was joined on the top step of the podium by local up-and-coming star Emma Dixon, who beat several professional athletes on her way to a time of 1:11:58.

Fanous started the day with a target on his back. As an Olympian and regular ITU racer, he is used to racing the very best in the world, and he showed his class by exiting the water first. The 600m sea swim kicked off the event Fanous emerged first, with Travis McGrath for close company and former British champion Sam Wade behind.

On the tough 20km cycle leg, which included a closed road circuit for the first time, a classic battle emerged on the switchbacks and stunning Beachy Head climb. Local talent Jamie Bedwell, who has battled back from a life threatening car collision, not only made up ground and overtook everyone bar Fanous in the race, he got right on the wheel of the favourite and exited T2 on his ankles. The race was on and could Bedwell once again show how his talent deserves a global stage? 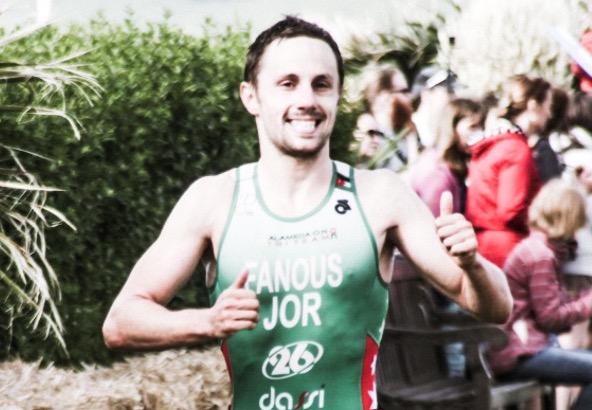 Ultimately, the tough and hilly 5km run suited the slim Fanous better and he was able to climb faster than Bedwell, who admitted afterwards that the winter spent rehabilitating rather than training would tell and he would be very pleased with third, whilst Sam Wade finished behind the new champion.

In the women’s race, it looked like local favourite Yvette Grice would win the race she really wants on her CV. Making up for lost time on the swim. Yvette came off the bike with a slim lead over Emma Dixon, but it would be Dixon who had the faster run strength, and despite taking a wrong turn on the run, she would beat Grice to the title.

The organisers were thrilled to welcome a last minute entry from Paralympian, Joe Townsend, who competes at the highest levels of the sport and inspires thousands world-wide with his accomplishments after losing both legs in Afghanistan. Townsend signed autographs before showing everyone what a fierce competitor he is over the same swim and bike course, and then an adapted version of the run course. 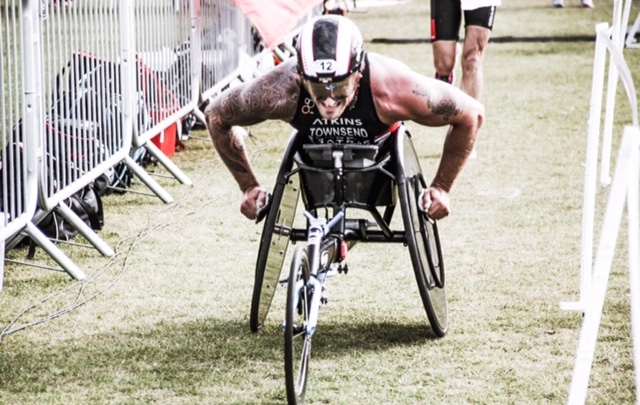 Of course it is not just all about the elites, and over 200 athletes completed the 32Gi Eastbourne Triathlon. Many were taking part in their first ever triathlon event and there were some amazing accomplishments. The event attracted ages 16-81 years old, first timers and national champions, Olympians and Paralympians and even a lady who was 6-months pregnant. 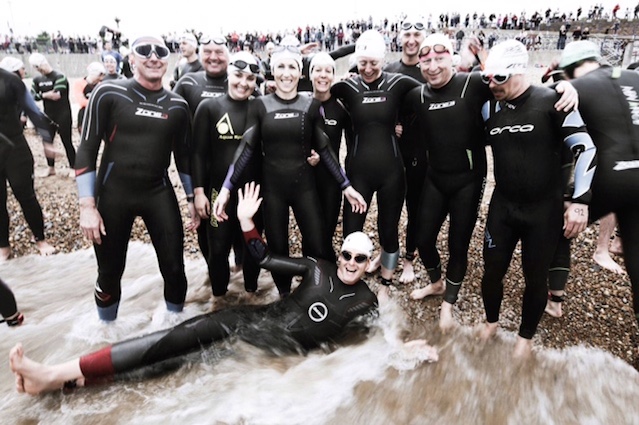 The participants, their families, friend and spectators part enjoyed the race village, complete with music, quality food, free massage and shiatsu treatments and much more. All the competitors were awarded with a free t-shirt and commemorative mug and goody bag.

The 32Gi Eastbourne Triathlon will return to the sporting calendar next year with a race date soon to be announced.

The full results can be found online here: www.eastbournetriathlon.com/results